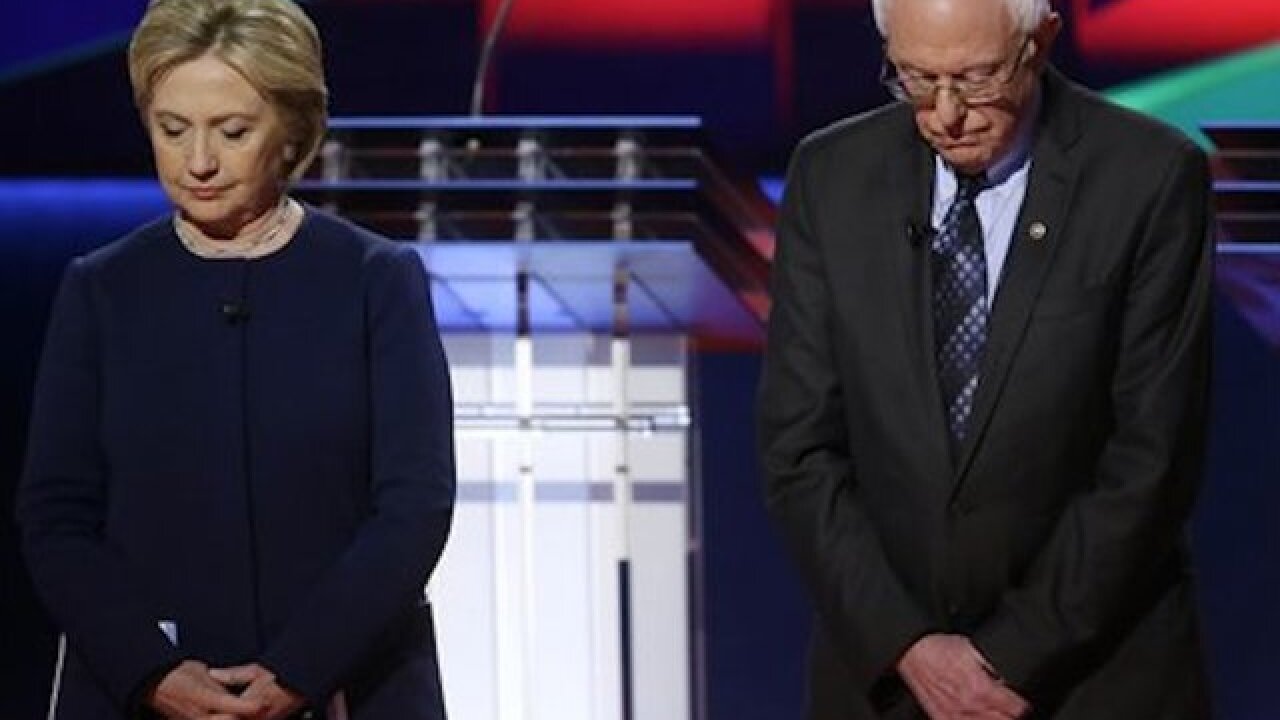 WASHINGTON (AP) — Bernie Sanders' narrow upset win over Hillary Clinton in Michigan could crank up the intensity level between the Democratic presidential contenders at their eighth debate Wednesday night in the political proving ground of Florida.

The delegate math even before Clinton's win in Mississippi Tuesday said Clinton remains the leader by far. But Michigan gives Sanders bragging rights to a big Rust Belt state victory and the success of his argument that U.S. trade deals take away jobs.

The two already were meeting with their manners in question. The competitors cranked through their previous face-off just days earlier and emerged complaining of disrespectful conduct.

Wednesday, they meet in battleground Florida, land of strong feelings about race, police, health care — and a winner-take-all primary on March 15. But the candidates will be speaking to a much wider audience of voters in the delegate-rich states of Missouri, Illinois, Ohio and North Carolina, which are hosting Democratic contests that day.

A guide to what to watch for in Wednesday's debate at Miami Dade College.

Sanders' win over Clinton in Michigan came largely as a result of his drive to cast trade deals as "disastrous" for working class Americans. Expect more such talk ahead of the Rust Belt state contests in Ohio and Illinois on Tuesday.

Look, too, for more back-and-forth over how Sanders voted on the 2009 auto industry bailout. Clinton has criticized him for voting against a bill that year that provided billions of dollars to rescue the auto industry. Sanders is emphasizing that he opposed the provision because it was part of a large bailout package for Wall Street. He says he supported an earlier, separate bill to aid the carmakers.

YOU FIRST. NO, YOU. PLEASE, I INSIST.

Sanders, struggling to keep his campaign alive through an intense series of contests, argued Sunday night with far more edge than he has in previous debates. Both candidates frequently interrupted one another and accused each other of misrepresenting records. Clinton snapped that she wants facts instead of "rhetoric, for a change."

"Let me tell my story, you tell yours," Sanders shot back at one point. More than once, Sanders chafed at Clinton's interruptions, saying, "Excuse me, I'm talking" or "Let me finish, please."

Look for whether Sanders, especially, keeps it up as he scrambles to slow Clinton's momentum. Watch whether Clinton is able to shift her focus from Sanders to the general election and GOP front-runner Donald Trump.

Sanders, who has tried to make inroads with black voters, sought to mop up after the debate by saying he only meant that many white people aren't aware of the pressures and police oppression facing black Americans. He also bristled: "I don't want to be lectured about talking poverty whether it's white, black, Latino. Nobody in this campaign has talked about it more."

Watch for more rephrasing of the idea as Sanders tries to move on.

The setting is ripe for a discussion on gun violence, law enforcement and race.

The death of 17-year-old Trayvon Martin, who was killed in 2012 in Sanford, Florida, during an altercation with neighborhood watch volunteer George Zimmerman, remains a wound that won't heal among blacks. Zimmerman was acquitted of second-degree murder.

Martin's mother, Sybrina Fulton, has campaigned with Clinton to reduce gun violence. And Clinton has gone after Sanders for voting against longer waiting periods for gun purchases.

It's relevant to huge swaths of Floridians. More than 1.7 million Floridians have enrolled in President Barack Obama's health care law this year, with South Florida having one of the highest enrollment levels in the nation. Clinton supports the law and wants to fix it. Sanders wants to push for universal health care in a government-financed system.

The setting of this debate is swing-state Florida, with 99 Democratic delegates at stake Tuesday, as well as bragging rights for showing strength in perhaps the most bitterly contested battleground in politics. It's chosen a Democrat, Obama, in the most recent two presidential elections, and a Republican, George W. Bush, twice before that — including in the hanging chad election drama of 2000, when the Supreme Court decided the race in Bush's favor.