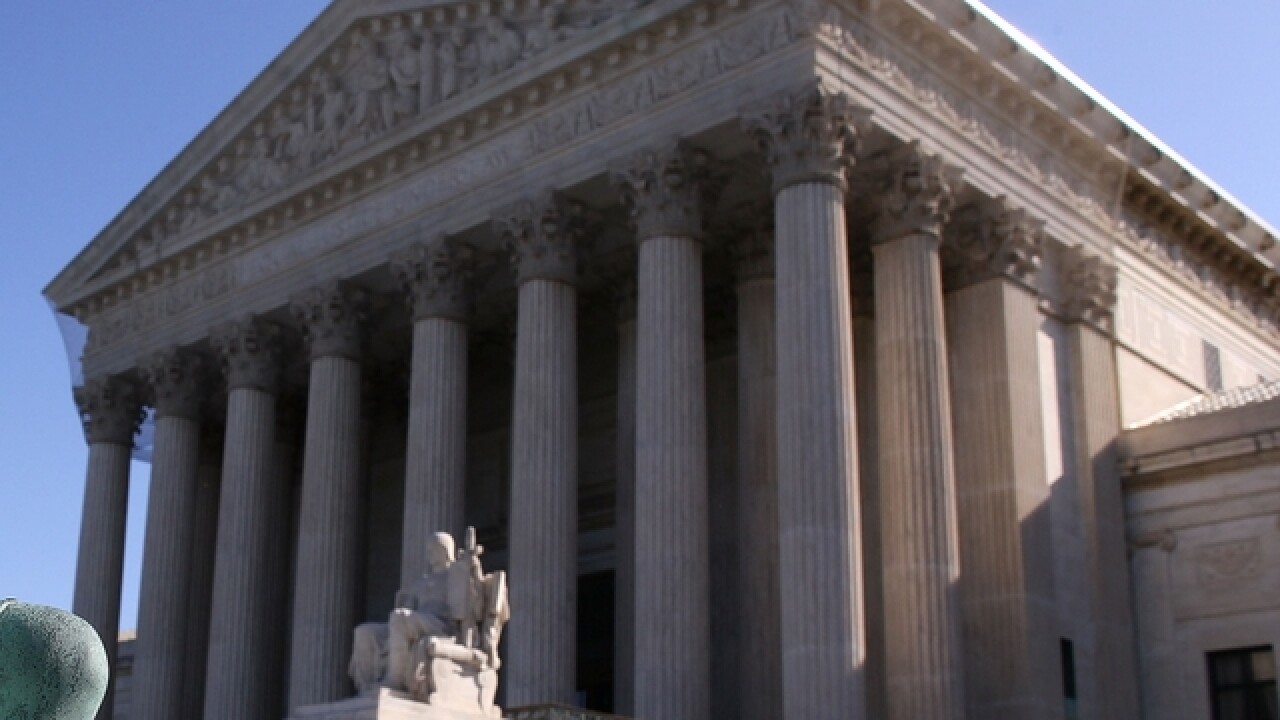 COLUMBUS, Ohio (AP) — The U.S. Supreme Court turned down a request Monday from Ohio Democrats to issue an order aimed at preventing Donald Trump's supporters from harassing or intimidating voters on Election Day.

The case was part of a flurry of courtroom efforts by the Democrats in crucial battlegrounds around the country to head off what they say is vigilantism by Trump's presidential campaign and his friend Roger Stone's political organization, Stop the Steal. Lower-level courts on Monday were weighing arguments in Pennsylvania, North Carolina and Nevada.

The Republican nominee has called on his supporters to act as election observers in certain parts of the country to help prevent fraud. That has stirred fears of minority voters being confronted and challenged by self-appointed poll watchers.

Last week, a federal judge in Cleveland issued a temporary restraining order warning that anyone, regardless of political affiliation, who engages in intimidation or harassment near or inside polling places will face contempt of court charges.

But a federal appeals court blocked the order on Sunday after the Trump campaign argued that it tramples on the First Amendment right to free speech and was issued without evidence of voter intimidation even though early balloting has been going on in Ohio for weeks.

The U.S. Supreme Court refused to reinstate the restraining order.

Ginsburg criticized Trump over the summer before apologizing for her remarks. Her comments raised questions about her impartiality and whether she would participate in election disputes involving Trump.