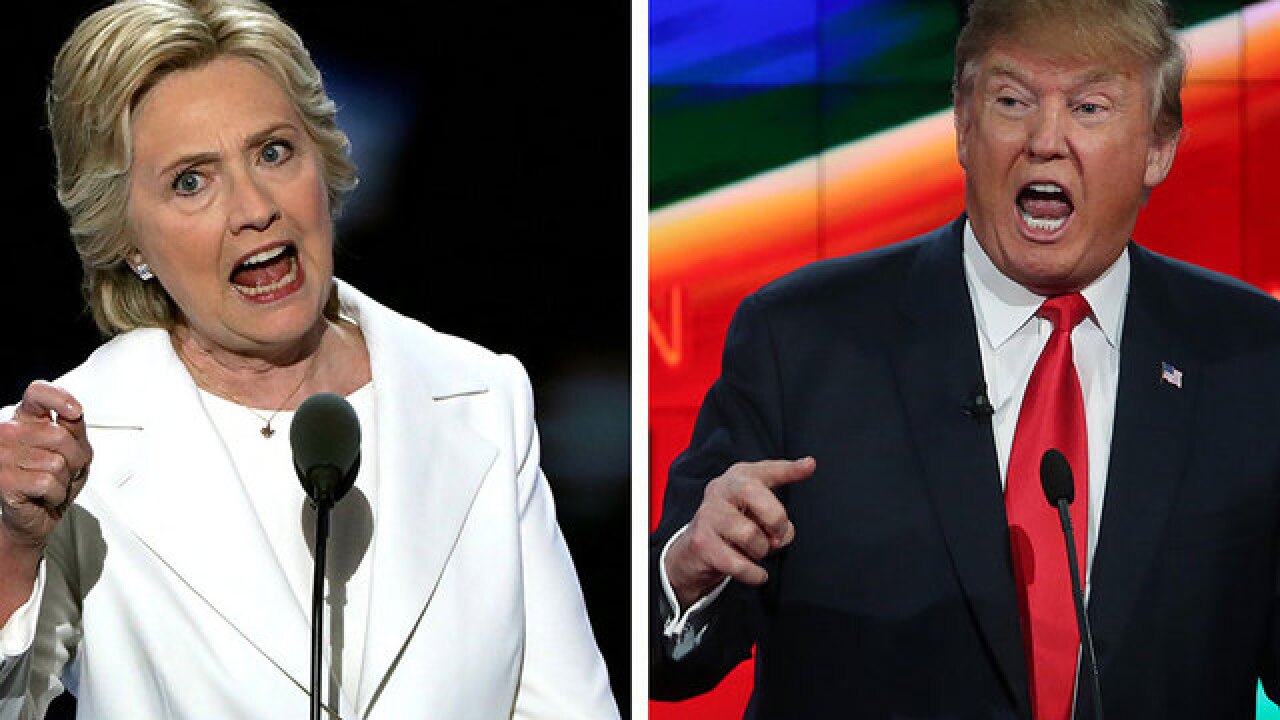 <p>The Hillary Clinton-Donald Trump debates are certain to be over-hyped, but will they make a difference. (Getty Images by Alex Wong and Justin Sullivan)</p>

Wednesday marks the final of four debates, and the third of three featuring the presidential candidates. Polls show Donald Trump trailing both in the national popular vote, as well in a majority of key battleground states. Wednesday’s debate is perhaps the final pitch for the candidates as early voting has begun in most states.

The debate is scheduled to begin at 9 p.m. Eastern, and will last 90 minutes.

Here is what you need to know about Wednesday’s showdown.

Democratic Party nominee Hillary Clinton and Trump were the only two candidates invited to Wednesday’s debate based on polling. In order to be invited, a candidate must poll at 15 percent or above in a series of national polls to qualify.

Representing Fox News for the first time for a general election presidential debate, Chris Wallace was pegged by the Commission on Presidential Debates to moderate Wednesday’s event.

While Fox News is considered by many to be right-leaning, Wallace is called one of the networks more independent anchors. Before joining Fox News, he was a reporter for ABC News, and the Washington Bureau Chief of NBC News.

While Wallace did not moderate a Democratic Party debate, he is quite familiar with Trump. Wallace hosted three GOP debates for Fox News during the 2016 primary season. During one of the debates, Wallace chided Marco Rubio and Donald Trump stating, “Gentlemen, you’re going to have to do better than this.” In that debate, Trump and Rubio made references to the size of their genitals.

Wednesday’s debate will feature a format nearly identical to the first debate between Trump and Clinton. The debate will be broken into six, 15-minute segments. Each candidate has two minutes to answer each question, with remaining time to go into a deeper discussion on the topic.

Wallace announced a total of six issues he will ask the candidates about:

Wallace said he will reserve the right to alter the list if any news breaks between now and the debate.

Trump has increased his attacks on the media in recent weeks after a number of women publicly accused Trump of sexual assault. Given the news media’s low popularity in opinion polling, Trump’s attack on the media could strike a chord with some voters.

However, Wallace represents one of the few mainstream media outlets that have been relatively favorable to Trump.

Wallace has said in the past that he does not believe it is up to the debate moderator to fact check candidates. However, moderators Martha Raddatz and Anderson Cooper generally earned more praise for their performances over Lester Holt because they were more aggressive with the candidates.

Given Wallace’s style, expect sharp follow-up questions, but few if any corrections.

As Saturday Night Live described it, it was the worst debate ever.

Before the debate began, Trump invited four women involved in alleged past sexual encounters with Bill Clinton to sit in family row. The debates commission at the last minute denied Trump’s request to allow the women to sit courtside.

Moments later, Trump and Clinton argued for more than 20 minutes over non-policy issues such as Bill Clinton’s infidelities, Trump’s statements about grabbing women without consent and Hillary Clinton’s email scandal.

Clinton described Trump as unfit to be president, and Trump responded by saying Clinton is hateful and should be jailed. Although many liberals pointed out examples of dictators who jailed political opponents, conservatives who back Trump have have called on him to promise to imprison Clinton if elected.

Meanwhile, Iraqi forces are working toward taking the Islamic State group stronghold of Mosul, with air support from the United States. While Clinton can point to this attempt as a success that the United States’ policy is working, Trump can make the claim that the Iraqi troops are forced to do this on their own without American troops on the ground.

Issues that will finally be discussed

Although a key theme for Trump’s campaign, border security has not been discussed in the first two debates. It appears immigration and border security will be among the questions posed Wednesday. How will Trump get Mexico to pay for the wall? Will Clinton defend her statements on creating open borders in North America, or try to back away from those comments?

Another issue is whether Clinton would keep President Barack Obama’s choice of Merrick Garland as her choice to replace Antonin Scalia on the Supreme Court.

Given how much student debt reform was discussed during the Democratic primaries, it is rather surprising that this topic will not get addressed at all between the three debates. It appears Clinton’s stance on college education has drifted to the left thanks to Bernie Sanders’ push. While she hasn’t gone as far as saying she would make college free for everyone, she has suggested that most would get free college education under her plan.

Meanwhile, it appears Trump will not get the opportunity to discuss how he would replace Common Core, or the Department of Education.

Another prominent issue that appears has yet to be addressed is reforming Wall Street, and how to handle the big banks.