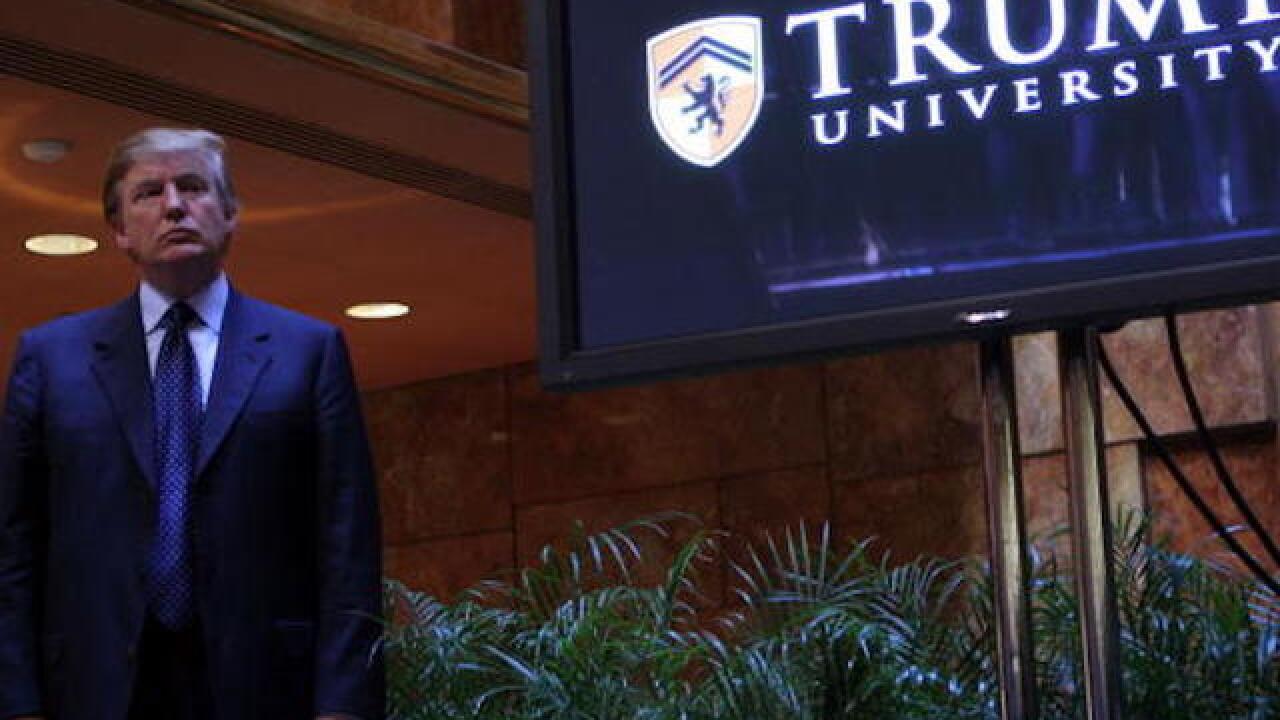 Attorney Daniel Petrocelli also asked during a hearing that the trial be delayed until early next year because Trump needs time to work on the transition to the presidency.

The lawsuit alleging Trump University failed on its promise to teach success in real estate is currently set to begin Nov. 28 in San Diego.

Petrocelli said he agreed to an offer by U.S. District Court Judge Gonzalo Curiel to have U.S. District Judge Jeffrey Miller work with both sides on a possible settlement.

"I can tell you right now I'm all ears," Petrocelli told Curiel.

Petrocelli said he planned to file a formal request for a delay by Monday.

Curiel didn't say how he would rule but encouraged efforts to settle.

Petrocelli said it didn't appear possible for Trump to attend the trial, and Curiel said he didn't expect attendance by the president-elect.

"We're in uncharted territory. We need a little bit of time," Petrocelli said.

Earlier in the day, Curiel, the Indiana-born jurist who was accused of bias by Trump over his Mexican heritage, tentatively denied a request to ban statements made by and about Trump during his campaign from being used at the trial.

The highly unusual petition would apply to Trump's tweets, a video of Trump making sexually predatory comments about women, his tax history, revelations about his private charitable foundation and the public criticism of the judge.

Petrocelli told the judge last month that evidence tied to the campaign would be irrelevant to the civil case and may prejudice or inflame a jury, jeopardizing the right to a fair trial.

The lawyer warned that allowing the jury to consider Trump's remarks "carries an immediate and irreparable danger of extreme and irremediable prejudice to defendants, confusion of issues and waste of time."

Curiel said he was prepared to deny the request because Trump's attorneys didn't specify what evidence they wanted to exclude. He said he would consider specific objections at trial.

The lawsuit filed in 2010 on behalf of former customers alleges that Trump University, which was not accredited as a school, gave seminars and classes across the country that were like infomercials, pressuring people to spend up to $35,000 for mentorships and, in the end, failing on its promise to teach success in real estate.

The claims mirror another class-action complaint in San Diego and a lawsuit in New York.

Petrocelli told reporters in May that Trump planned to attend most, if not all, of the trial and would testify.

"He has very, very strong feelings about this case," Petrocelli said at the time.

At the May hearing, Petrocelli asked for a trial after Inauguration Day on Jan. 20, but the judge raised concerns about distractions if Trump won the election.

The liability phase of the trial is expected to last four to six weeks. If Trump is found liable, the trial would move to a second phase on damages.