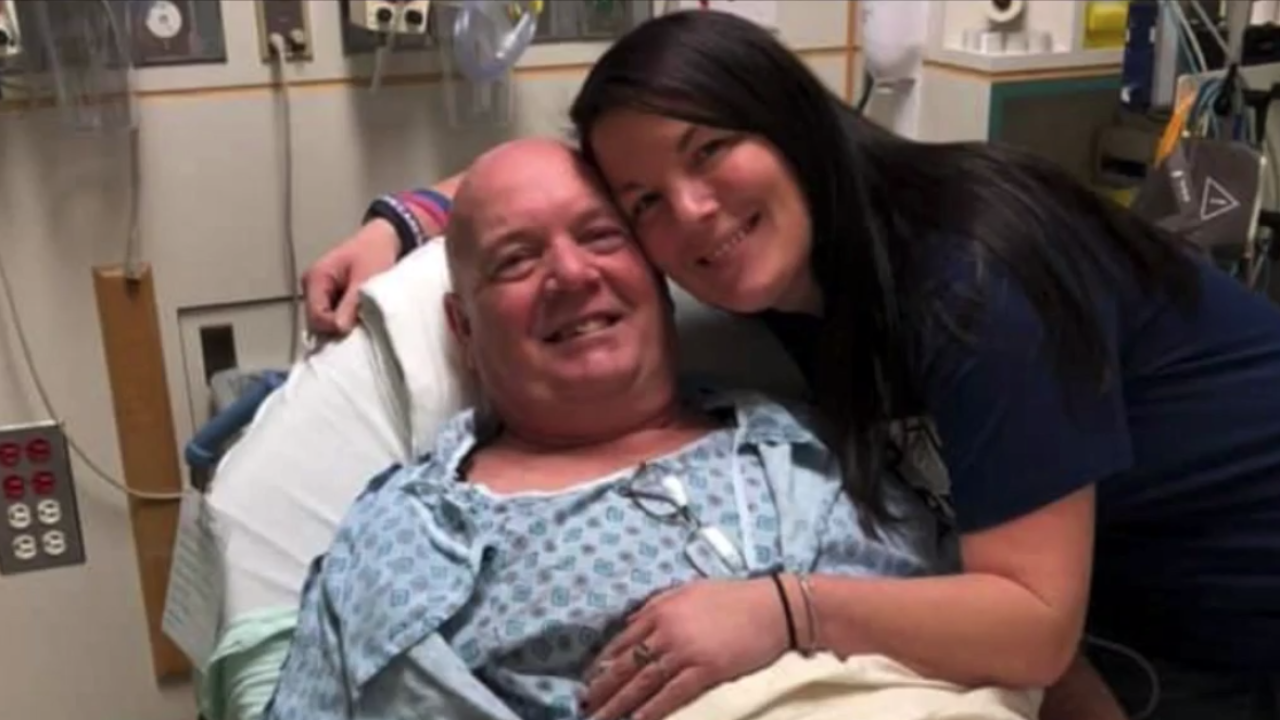 CLEVELAND — Chuck and Angie Graham have been married 33 years.

They have been through a lot together in that time, but perhaps their biggest challenge yet came in January.

"I woke up in the morning to go to work and I lost my balance a couple times and fell down," Chuck said.

Angie said she heard something and yelled up to him if he was OK.

"He said he was falling and couldn't walk," Angie recalled, tearing up.

An ambulance ride, and several tests and scans later, the Grahams had their answer — and it was devastating.

"She said that I had a very aggressive tumor in my brain and it was malignant," Chuck said.

Such a diagnosis can make you feel so helpless, Angie said.

They say the next blow was just as unexpected.

Their health insurance provider denied covering the procedure Chuck's neurosurgeon recommended to treat his cancerous brain tumor, saying it was "experimental" and "investigational."

The laser ablation procedure was FDA-cleared a decade ago, but that does not guarantee coverage.

The Grahams appealed the decision. Chuck was prepped for surgery hoping for a last-minute approval that never came, and he was sent home.

"Just the look on his face, broke my heart," Angie said.

"He's a veteran. He's a dad. He's a husband, a grandpa and a friend who would do anything for you. How could they not value him?"

"They've just always been there for us," Jen said.

And now she wanted to be there for them.

Jen turned to the power of social media.

She had previously sent the letter to the company before posting it to Facebook.

It began: "An open letter to SummaCare and our health insurance industry..."

Jen wrote about her father's fight with brain cancer and health insurance.

The letter continued: "I hope thousands of people read this letter and understand that our physicians do not get to decide what's best for us, insurance companies do."

She learned about the right to an external review. It is a free service all health plan issuers must provide once the internal appeals process has been exhausted.

An independent organization reviewed Chuck's case and overturned the denial.

Two weeks after he had been sent home from the hospital, Chuck got the surgery his doctor had recommended.

"I just think we would've had a whole different scenario today if he hadn't had that surgery," Angie said.

The external reviewer found Chuck's procedure "medically necessary" and "beneficial" for his condition.

"I just want people to understand their rights and to find their voice," Jen said

Chuck's tumor is shrinking, and Jen is happy how things turned out for her dad, but angry, she says, for the people who don't have someone to advocate for them.

In her open letter she wrote, "People deserve better. People deserve to count on their health insurance. They are more than a premium payment."

Chuck's provider called the procedure "experimental and investigational." It was FDA-cleared a decade ago, but that does not guarantee coverage.

There are not clear guidelines as to what defines "experimental and investigational."

It can create a gray area where patients seeking innovative uses for a procedure are caught up.

"I'd like to see legislation around experimental procedures," said Tracy H. Porter of Cleveland State University.

"I would also like to see something where we're educating patients more on their rights," Porter said.

That is why Chuck and his family said they wanted to share their story; they want to help others navigate the often murky waters of a diagnosis and a denial.

Jen has kept meticulous track of her father's paperwork. She has two bulky binders filled with research, correspondence with doctors, the hospital, insurance and notes from outside agencies.

WEWS did reach out to SummaCare for this story.

They provided us with this statement:

"First and foremost, at SummaCare, we want what is best for our members in all cases. In accordance with federal privacy laws, we cannot discuss the specific medical care or associated claims of any of our members."