Why you shouldn’t ignore social distancing orders from health experts

Social distancing orders have taken effect across the country because of COVID-19. But there are still those who choose to ignore the orders, and experts warn it could be a formula for disaster. 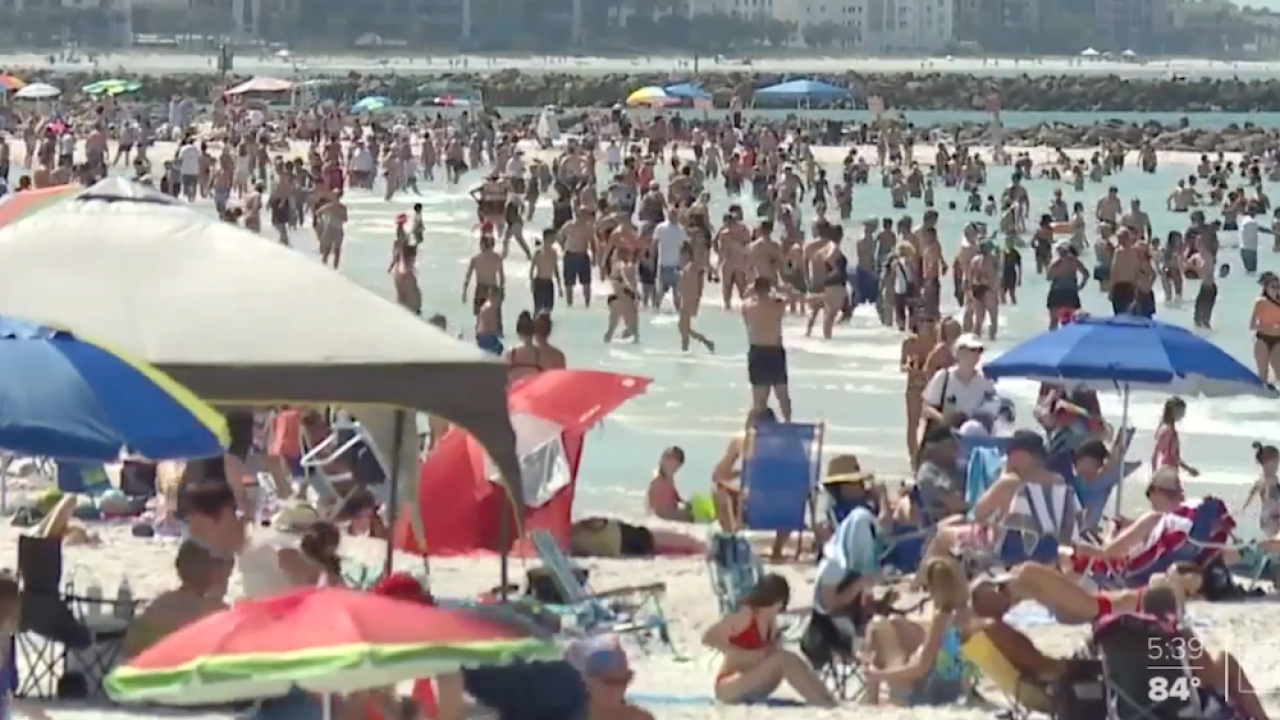 DENVER — Social distancing orders have taken effect across the country because of COVID-19. But there are still those who choose to ignore the orders, and experts warn it could be a formula for disaster.

The world has separated into two groups — the rule-followers who are social distancing in the hopes of "flattening the curve" — and the risk-takers storming the world's beaches and parks in spite of COVID-19.

It's an attitude upon which America was built — the freedom of choice. However, experts report that it could be the very reason why the United States could be in a worse position than other countries when it comes to recovering from COVID-19.

Which begs the question — why are some people ignoring the social distancing orders?

"Our happiness is definitely related to social connection," said Tali Sharot, a professor of cognitive neuroscience at the University of College London. "It's restricted in this situation. It's also related to our sense of control. It's also an example of optimism bias, where we believe our likelihood of encountering these events is much lower than other people."

Some medical experts said that ignoring guidance from health experts can be disastrous.

"I think the reason why people ignore the social distancing is because there are mixed messages about the severity from the White House," said Amy Fairchild, a public health ethicist and the dean of Ohio State University's College of Public Health. "I would say we are on a worse trajectory than China was on because China had better access to test early on. The capacity to enforce social distancing is better in China. There are an authoritarian nation and they are willing to use the police, law enforcement and the military in ways that we are not willing to use in this country. We have to rely far more on persuasion."

In order to stay safe, medical experts suggest finding ways to connect with people while being physically apart.

"A lot of people say we shouldn't call it social distancing – we should call it physical distancing," Sharot said.

"Even just a month ago, we were saying put the tech down, reach out to somebody and connect with them in person," Pernell said. "Now we're saying keep away from people and pick up the tech – that's a huge shift in our thinking, and that's an option."