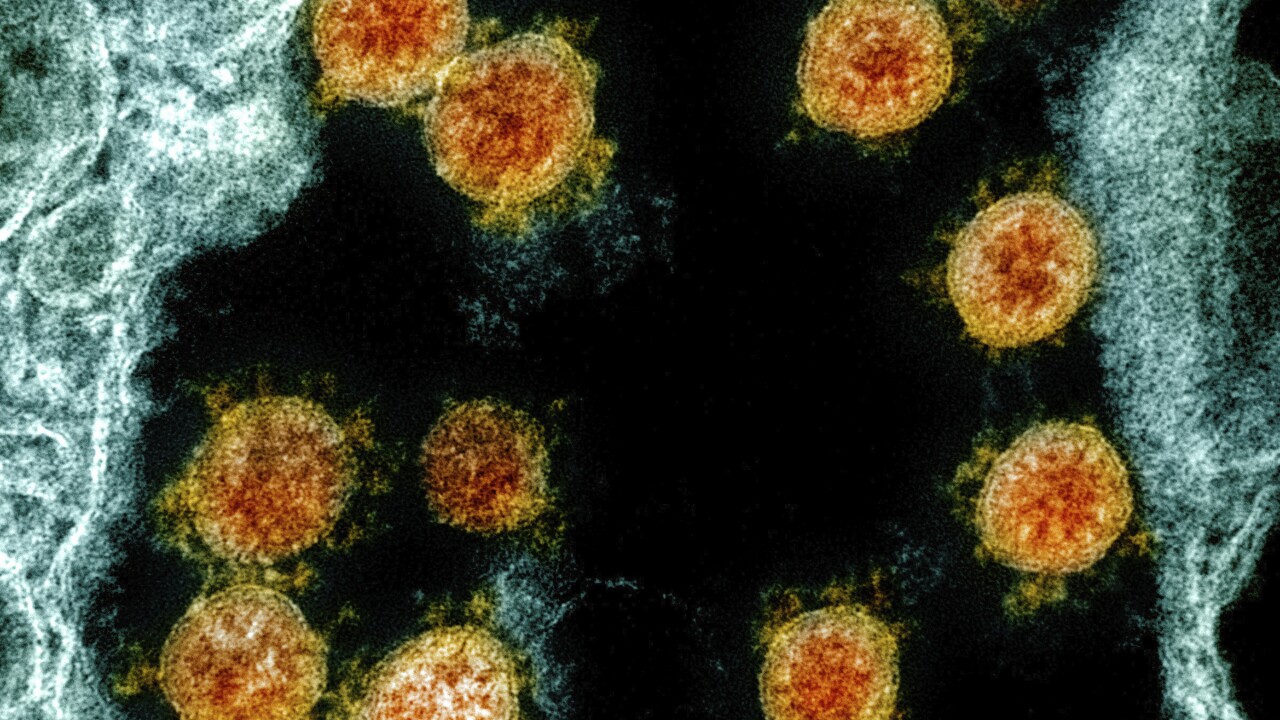 AP
This electron microscope image made available and color-enhanced by the National Institute of Allergy and Infectious Diseases Integrated Research Facility in Fort Detrick, Md., shows Novel Coronavirus SARS-CoV-2 virus particles, orange, isolated from a patient. Research released on Thursday, May 28, 2020 shows how dangerous the coronavirus is for current and former cancer patients. Those who developed COVID-19 were much more likely to die within a month than people without cancer who got it, two studies found. (NIAID/National Institutes of Health via AP)

HONG KONG – Scientists at the University of Hong Kong claim to have the first evidence of someone being reinfected with the coronavirus that causes COVID-19.

They said Monday that genetic tests show a 33-year-old man returning to Hong Kong from a trip to Spain in mid-August had a different strain of the virus than the one he’d previously been infected with in March.

The man had mild symptoms the first time and none the second time, so his previous infection may have helped prevent serious illness.

Experts say waning immunity could have implications for vaccine development and that the case shows the need to keep up social distancing and other prevention measures.

Dr. Kelvin Kai-Wang To, who led the group of scientists, told The Associated Press that it’s unknown how many people can get reinfected, but there are probably more out there.

Even if someone can be infected a second time, it’s not known if they have some protection against serious illness, because the immune system generally remembers how to make antibodies against a virus it’s seen before.