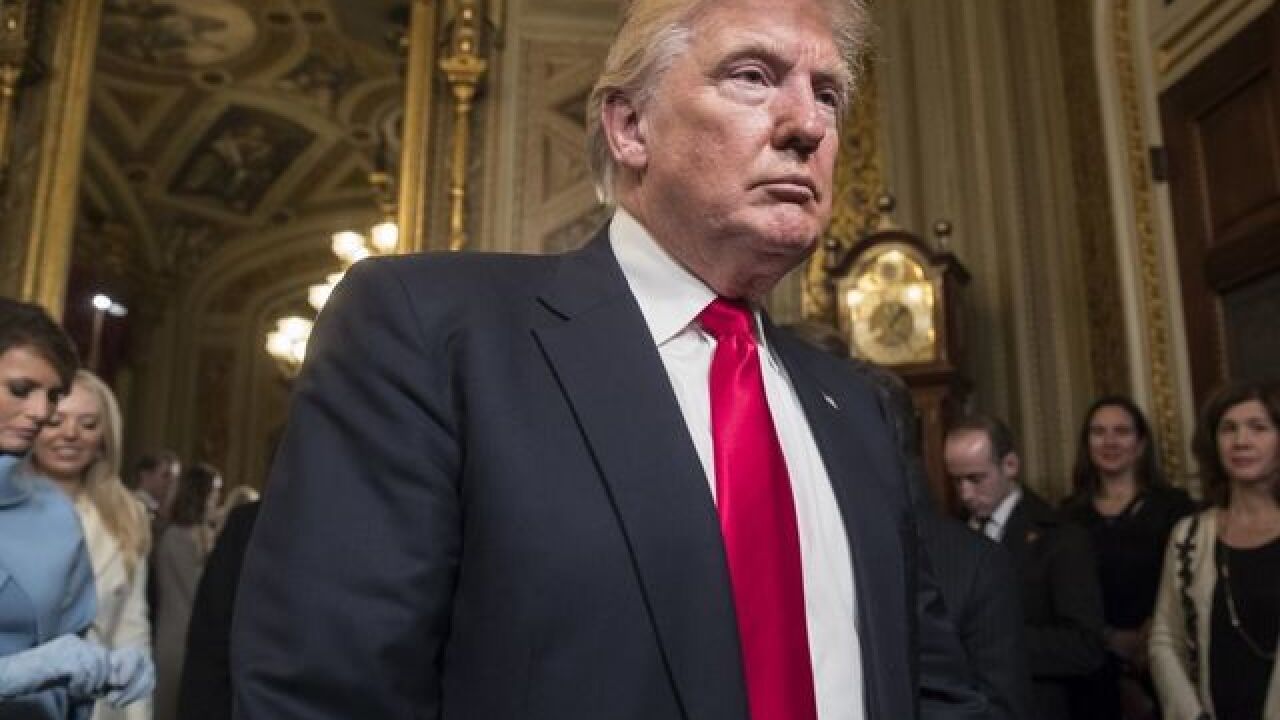 By: CNN
Posted at 3:57 PM, Jan 22, 2017
WASHINGTON (CNN) -- President Donald Trump will not release his tax returns -- even after the audit he's frequently cited is completed -- senior adviser Kellyanne Conway said Sunday.
In an interview on ABC's "This Week," Conway was pressed on whether the White House will respond to more than 200,000 petition signatures calling on Trump to release his tax returns.
"The White House response is that he's not going to release his tax returns," Conway said.
"We litigated this all through the election. People didn't care," she said. "They voted for him, and let me make this very clear: Most Americans are very focused on what their tax returns will look like while President Trump is in office, not what his look like. And you know full well that President Trump and his family are complying with all the ethical rules, everything they need to do to step away from his businesses and be a full-time president."
During his presidential campaign, Trump became the first major party nominee since 1972 not to release his tax returns -- citing ongoing IRS audits, saying he would do so once those audits were completed.
Conway sought to clarify her comments Sunday night, asserting there had been no change in position from the campaign.
"Our position from the campaign has not changed," Conway said. "He is under audit and has been advised by accountants and lawyers not to release."
She did not say whether he would release them at conclusion of the audit.
Trump repeated the claim that the audit is responsible for his delay in releasing his tax returns at a news conference less than two weeks from his inauguration.
"I'm not releasing the tax returns because, as you know, they're under audit," Trump said then.
He also claimed that the public isn't interested in his tax returns.
"You know, the only one that cares about my tax returns are the reporters, OK? They're the only ones," he said.
Trump's comments are directly contradicted by most major public polls on the issue. A CNN poll from October found that 73% of registered voters surveyed think Trump should release his tax returns for public review, including about half of Republicans at 49%.
CNN's Jeff Zeleny contributed to this report.
The-CNN-Wire
™ & © 2017 Cable News Network, Inc., a Time Warner Company. All rights reserved.
Copyright 2017 Scripps Media, Inc. All rights reserved. This material may not be published, broadcast, rewritten, or redistributed.