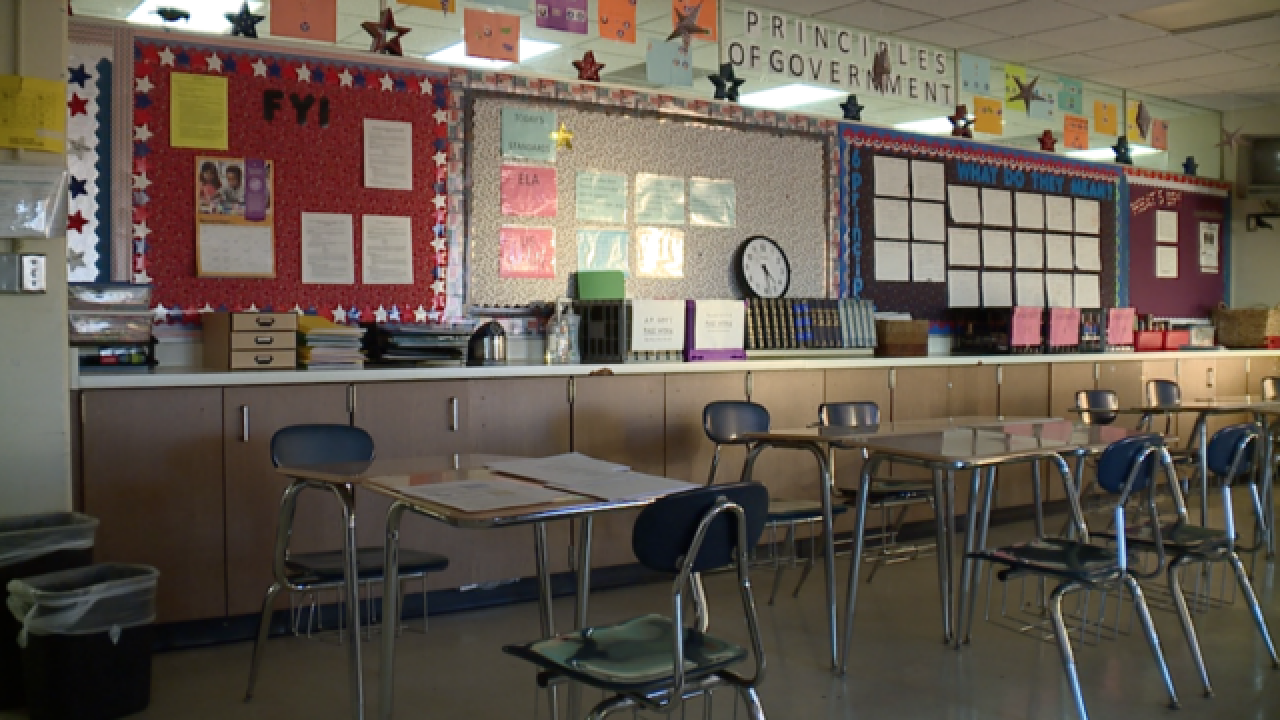 Every year, teachers can get up to $250 back on their federal taxes for school supplies they bought for their classrooms. The Republican House of Representatives tax plan would eliminate that tax deduction and force teachers to spend hundreds of their own dollars to make sure students have what they need.

Some teachers’ starting salaries are less than $30,000 a year, so a $250 tax deduction can make a big difference. But a House of Representatives vote as early as this week may put an end to that.

“When you walk into a classroom at the very beginning of the school year, what you see, for the most part, are bare bulletin boards, empty walls, bare desks, everything is pretty sterile,” said Shari Obrenski, a teacher for Cleveland Metropolitan School District.

Everything in Obrenski’s high school civics classroom, with the exception of the desks and chalk board, was purchased by teachers.

On average, Obrenski spends about $1,000 a year - of her own money - buying everything from hand sanitizer to dictionaries. She’s shocked congressional Republicans want to take away the modest $250 return she gets each year.

“It seems hostile towards average, working people,” she said.

A 2013 study by the National School Supply and Equipment Association found that 99.5 percent of teachers use their own money on school supplies, spending $485 on average in one school year. In high poverty areas where school supplies are sparse, teachers spend nearly $700 a year.

Republican lawmakers argue scrapping the deduction will save millions of dollars every year, but Obrenski is quick to point out that other tax deductions aren’t on the chopping block.

“Things like having a tax credit for a private jet. Obviously, we don’t have access to private jets, but our kids can certainly use that $250,” she said.

Obrenski and other CMSD teachers have reached out to lawmakers in protest of the repeal.

News 5 asked local representatives Marcy Kaptur, Marcia Fudge and David Joyce their thoughts on the tax plan. Responses from Kaptur and Fudge can be found below; Joyce did not respond.

“Unfortunately, by removing this benefit for educators, Republicans in Congress are taking money out of teacher’s pockets in order to pay for tax cuts for billionaires. Removal of this provision is a perfect example of why this bill, as proposed, is a bad deal for the American people. We should be giving teachers and the middle class a helping hand, not subsidizing a tax giveaway for people that don’t need it.”

“Educators often spend hundreds of dollars out of pocket to buy school supplies for their classrooms.  The partisan Republican tax plan eliminates the teacher tax credit which allows income tax deductions for those expenses, affecting more than 121,000 educators in Ohio who took advantage of the deduction in 2015.  This is one of the many reasons I voted no on the bill.  Our nation’s teachers deserve better pay and more resources, not higher taxes.”

EDITOR'S NOTE: WEWS originally said the House plan would eliminate the tax credit. The story has been corrected to reflect that it is actually a tax deduction. According to the IRS, Tax credits provide a dollar-for dollar reduction of your income tax liability. This means that a $1,000 tax credit saves you $1,000 in taxes. On the other hand, tax deductions lower your taxable income and they are equal to the percentage of your marginal tax bracket. For instance, if you are in the 25% tax bracket, a $1,000 deduction saves you $250 in tax (0.25 x $1,000 = $250).