Church bulletin suggests the devil is working through Hillary Clinton 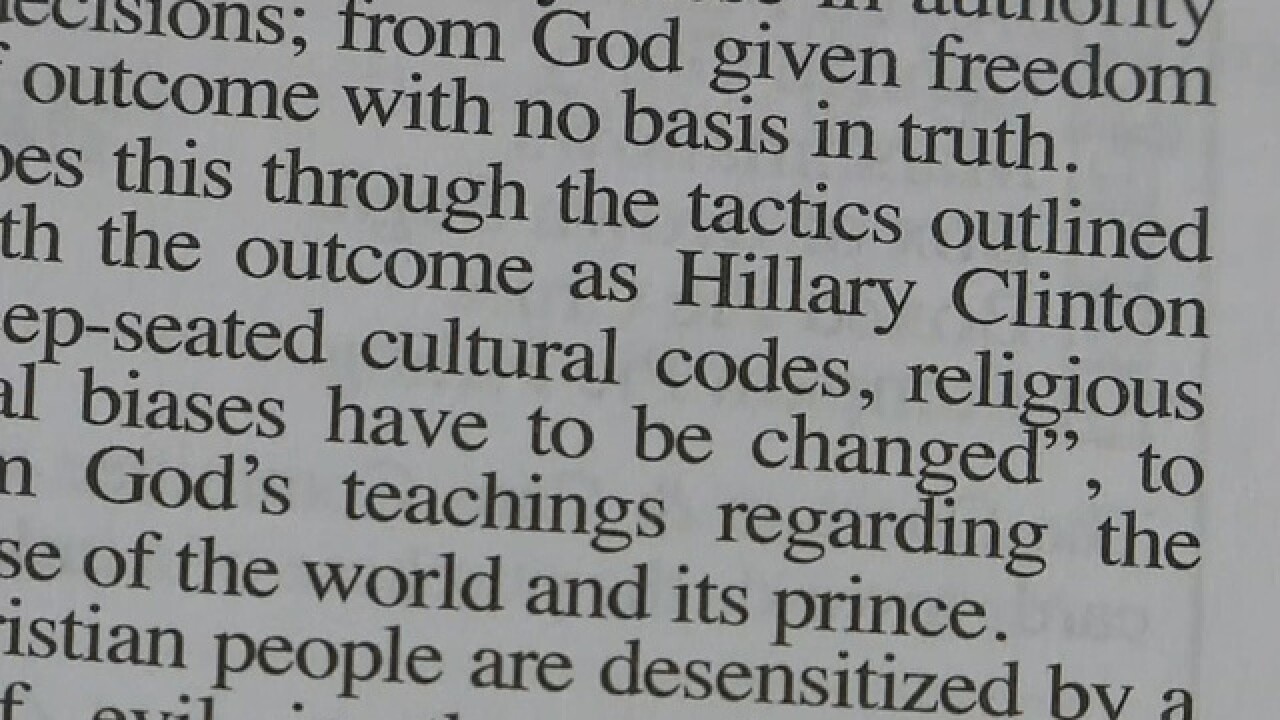 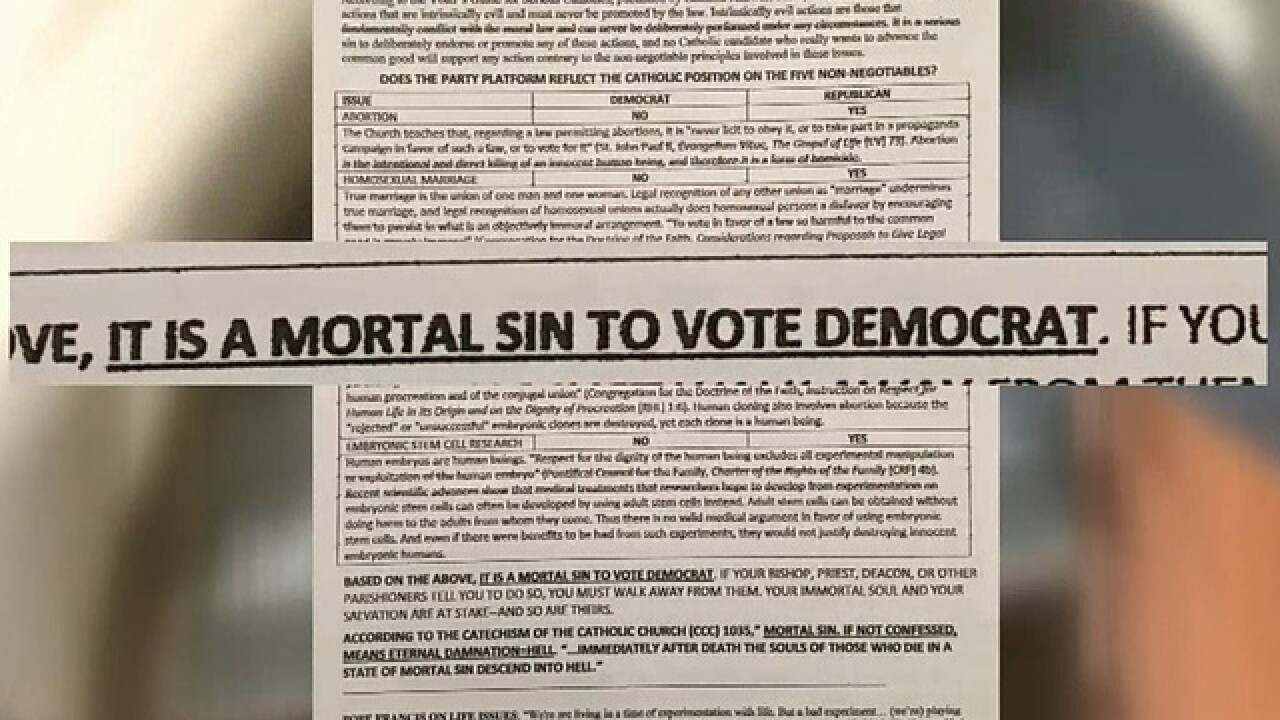 A Catholic church in San Diego, California distributed a bulletin that is causing controversy with its political statements, calling into question the separation of church and state.

A bulletin article written by the Immaculate Conception Catholic Church pastor suggests the devil is working through Hillary Clinton.

Two weeks ago the bulletin said it's a mortal sin to vote Democrat.

Protesters gathered outside the church argued it's not the church's place to weigh in on politics.

Father Dermot Rodgers is a pastor at St. Peter of Rome. He says the church is overstepping its boundaries, "This is an egregious violation, not only of the separation of church and state, but possibly of the IRS code."

Others say it's not an issue.

The pastor at Immaculate Conception said his parish is pleased with the article.