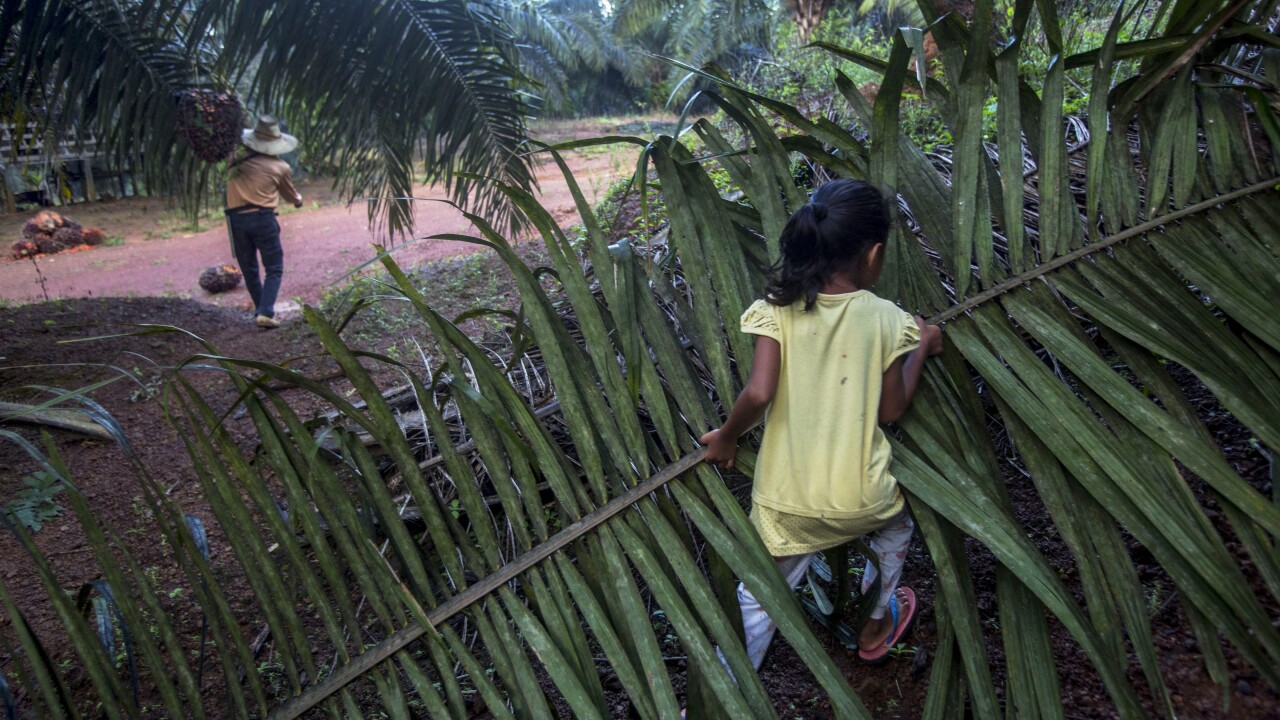 Binsar Bakkara/AP
A child helps her parents work on a palm oil plantation in Sabah, Malaysia, Monday, Dec. 10, 2018. With little or no access to daycare, some young children in Indonesia and Malaysia follow their parents to the fields, where they are exposed to toxic pesticides and fertilizers. (AP Photo/Binsar Bakkara)

An Associated Press investigation has found an army of children toiling beneath a canopy of towering palm oil trees in Indonesia and Malaysia, the main suppliers of the world’s most consumed vegetable oil.

They are kept out of school and forced to work for free or for little pay, and routinely exposed to dangerous chemicals.

Others are smuggled across borders and left vulnerable to trafficking or sexual abuse.

The AP traced the fruits of their labor to the supply chains of popular cereals, candies and ice creams sold by Nestle, Unilever, Kellogg’s, PepsiCo and many other leading food companies.

It also was linked to that most American of treats — Girl Scout cookies.

Following the publication of AP's reporting, the Girl Scouts of the USA said that child labor has no place in its iconic cookies and called on the two companies that bake them to act quickly to address any potential abuses linked to the palm oil in their supply chains.

“Our investment in the development of our world’s youth must not be facilitated by the under-development of some," the organization stated.

“If certain suppliers are not following ethical practices, we expect our bakers and RSPO to take action quickly to rectify those exceptions," they continued, referencing the Roundtable on Sustainable Palm Oil. The Girl Scouts is part of the non-profit organization which promotes ethical production and treatment of workers.

Reporters traced child labor to the supply chain of one of the Girl Scout cookies’ bakers, Little Brownie Bakers, owned by the Italian confectionary brand Ferrero, which did not comment on the findings.

The other baker and its parent company, Canada-based Weston Foods, did not provide any details about its supply chain, citing proprietary reasons.

Both said they were committed to sourcing sustainable palm oil.