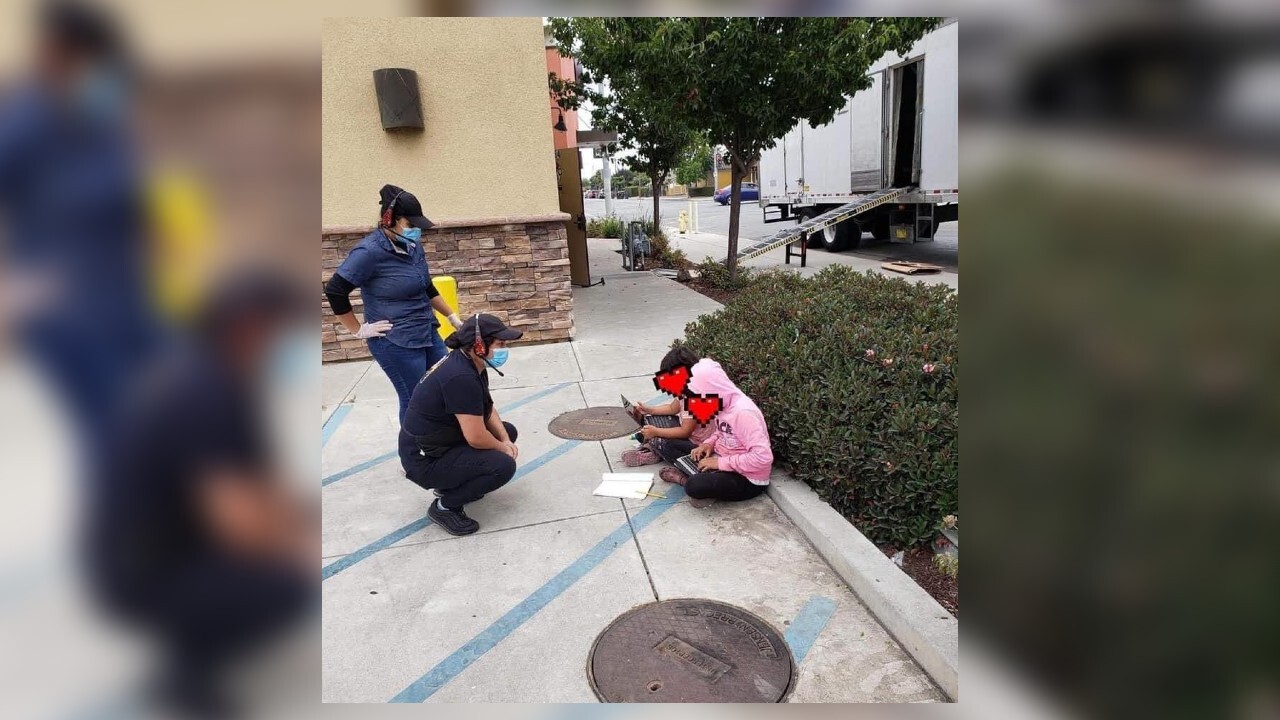 SALINAS, Calif. - A school district in California has provided a hot spot to the family of two students, whose picture of them sitting outside a Taco Bell doing their homework went viral.

According to CNN, the girls were using the restaurant's free WiFi to do their homework.

The picture was tweeted out by Monterey County Supervisor Luis Alejo, who captioned the photo by saying, "We must do better & solve this digital divide once & for all for all California students."

2 of our children trying to get WiFi for their classes outside a Taco Bell in East Salinas! We must do better & solve this digital divide once &for all for all California students

Richard Gebin, public relations officer for the Salinas City Elementary School District, said in a statement to E.W. Scripps, that once the district was notified of the social media post, they got into contact with the student's family to provide them with a hotspot.

Due to privacy and safety reasons, Gebin said the district would not provide the students' identity or family.

Gebin said that the district is in full distance learning mode and has "provided students with 8,245 Chromebooks, 1,500 hotspots, and are awaiting the delivery of 2,500 additional hotspots."

The district has a little under 8,500 students, Gebin said.

Gebin added that the district posted a statement on Facebook to add clarity around the two GoFundMe campaigns.

A spokesperson for Taco Bell Corp. said in a statement to E.W. Scripps that the "photo of two young girls outside of a Salinas, CA Taco Bell is a tough reminder of basic inequalities facing our communities."

“We and our franchisees have always been passionate about supporting youth education, and the owner of this restaurant is looking into additional ways to support these students and the broader community," the statement said.