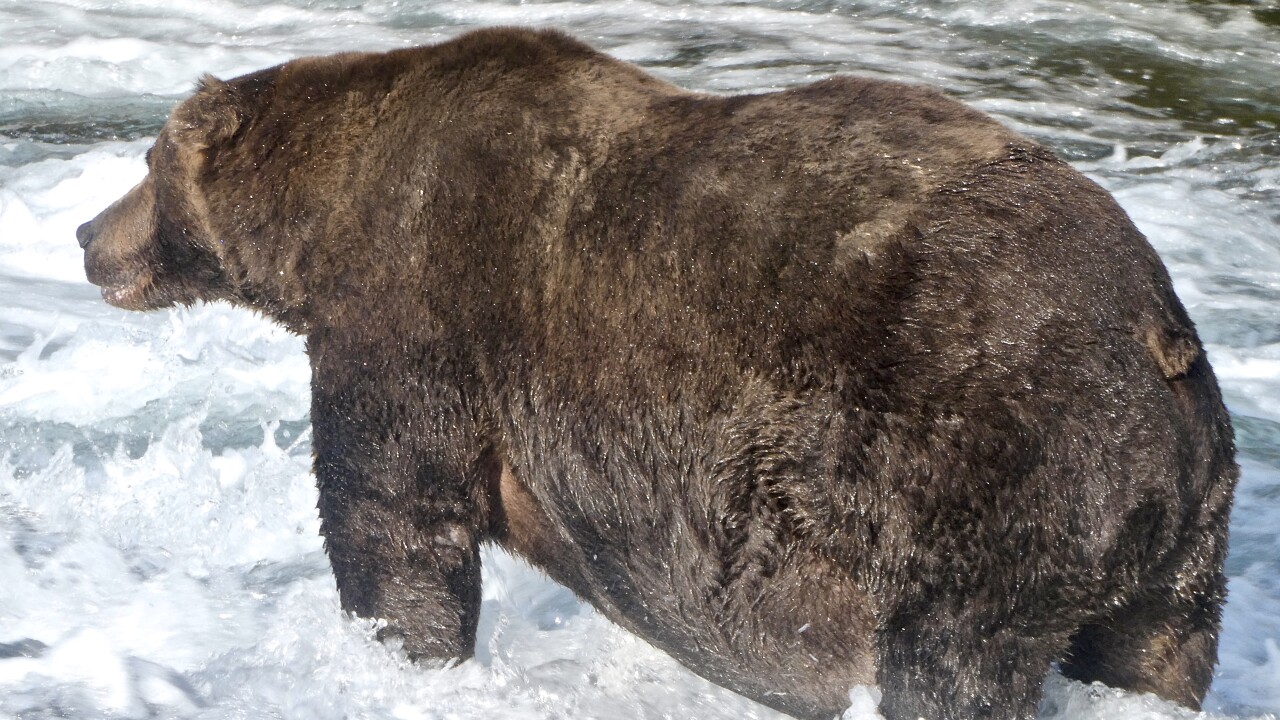 Congratulations 747, the “fat and fabulous” winner of Bear Week 2020 at Katmai National Park.

Number 747 was up against bear number 32, nicknamed “Chunk,” in the final head-to-head match-up of the just-for-fun tournament.

Bear 747 was first identified and tagged by the park in 2004 and, according to Katmai officials, he has grown to be one of the largest bears in the preserve.

“When asked what he intends to do now that he has won, the only response was a look before going back to fishing in the Jacuzzi near the Brooks Falls, one of his favorite fishing spots,” park officials said in a press release about the winner.

The annual match-up features images of brown bears from around Katmai National Park showing how they have bulked up over the spring and fall ahead of winter hibernation. The public is invited to vote for their favorite each day for a week in a brackets-style tournament.

A brown bear eats a year’s worth of food in just six months to help them survive through the winter.The tournament is a way to celebrate the success of healthy bears doing what bears do, according to the organizers.

“This week celebrates their success and wishes them a good hibernation!”