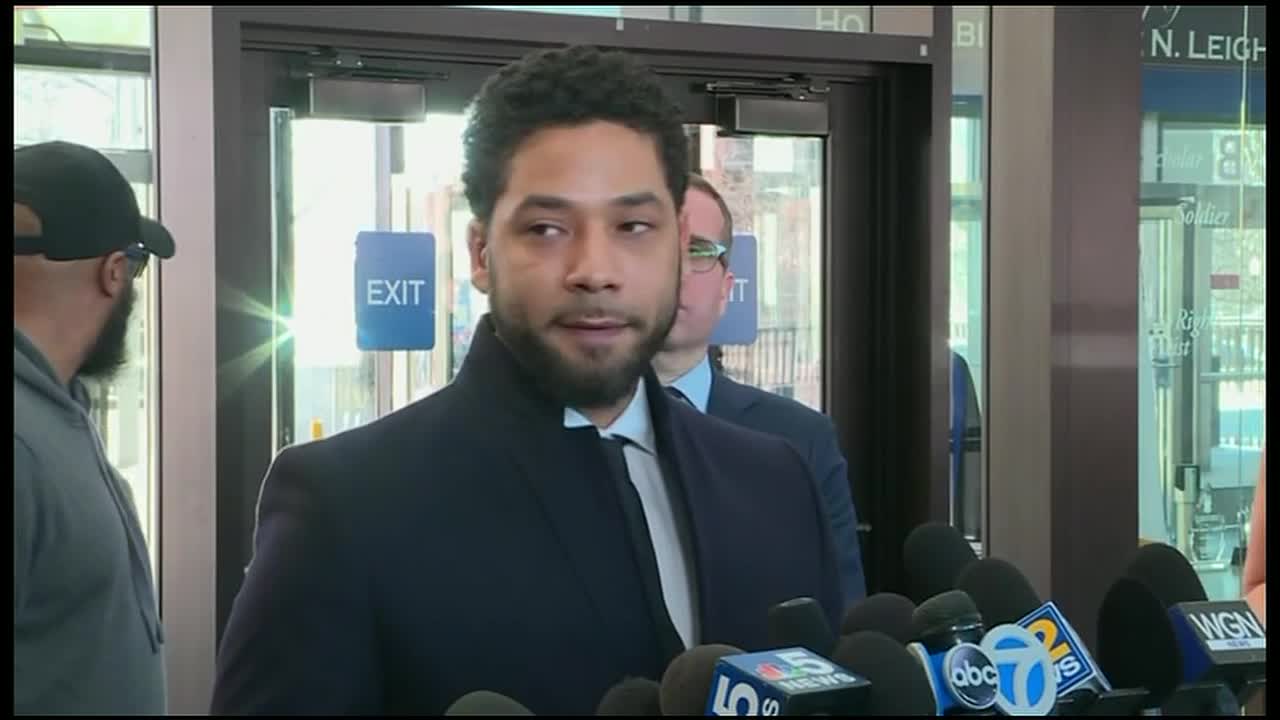 Attorneys for "Empire" actor Jussie Smollett say charges alleging he lied to police about attack have been dropped. 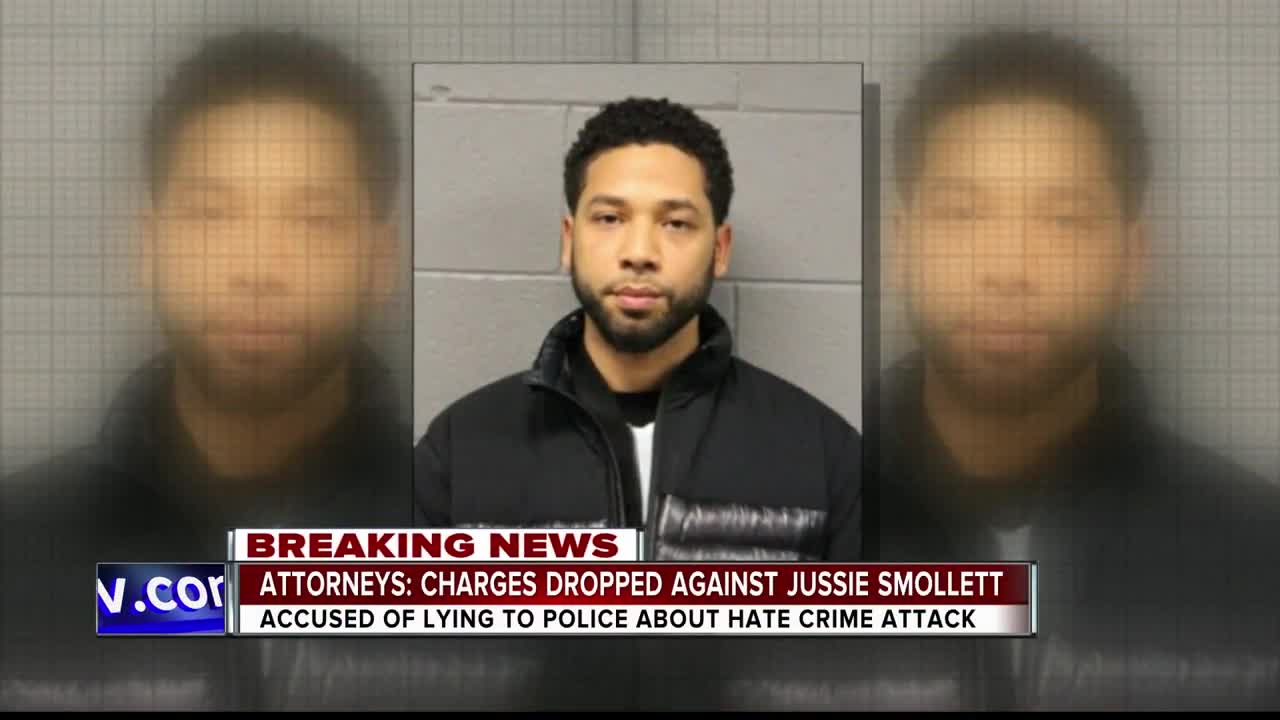 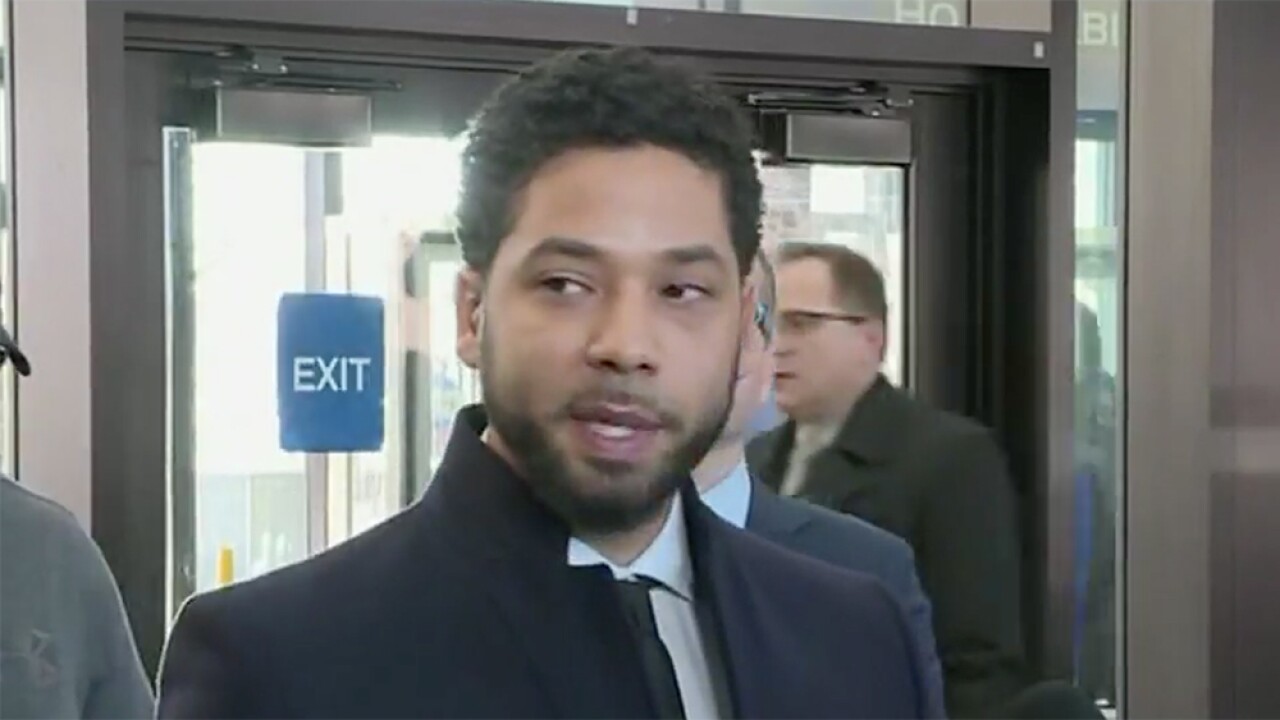 CHICAGO (AP) — Attorneys for "Empire" actor Jussie Smollett say charges alleging he lied to police about an attack have been dropped.

Smollett was indicted on 16 felony counts related to making a false report that he was attacked by two men who shouted racial and homophobic slurs.

Police and prosecutors have said the black and gay actor falsely reported to authorities that he was attacked Jan. 29 in downtown Chicago because he was unhappy with his pay on the Fox show and to promote his career.

Smollett, who is black and gay, plays the gay character Jamal Lyon on the hit Fox TV show that follows a black family as they navigate the ups and downs of the recording industry.

Smollett reported that he had been attacked on his way home from a sandwich shop. Smollett said two masked men shouted racial and anti-gay slurs, poured bleach on him, beat him and looped a rope around his neck. He claimed they shouted, "This is MAGA country" — a reference to President Donald Trump's "Make America Great Again" campaign slogan. He asserted that he could see one of the men was white because he could see the skin around his eyes.

The men are brothers Abimbola "Abel" and Olabinjo "Ola" Osundairo, and one of them had worked on "Empire." An attorney for them has said the brothers agreed to help Smollett because of their friendship with him and the sense that he was helping their careers.

Police have also said that before the attack, Smollett sent a letter that threatened him to the Chicago studio where "Empire" is shot. The FBI, which is investigating that letter, has declined to comment on the investigation.

This is a developing story. Stay with WPTV for updates.