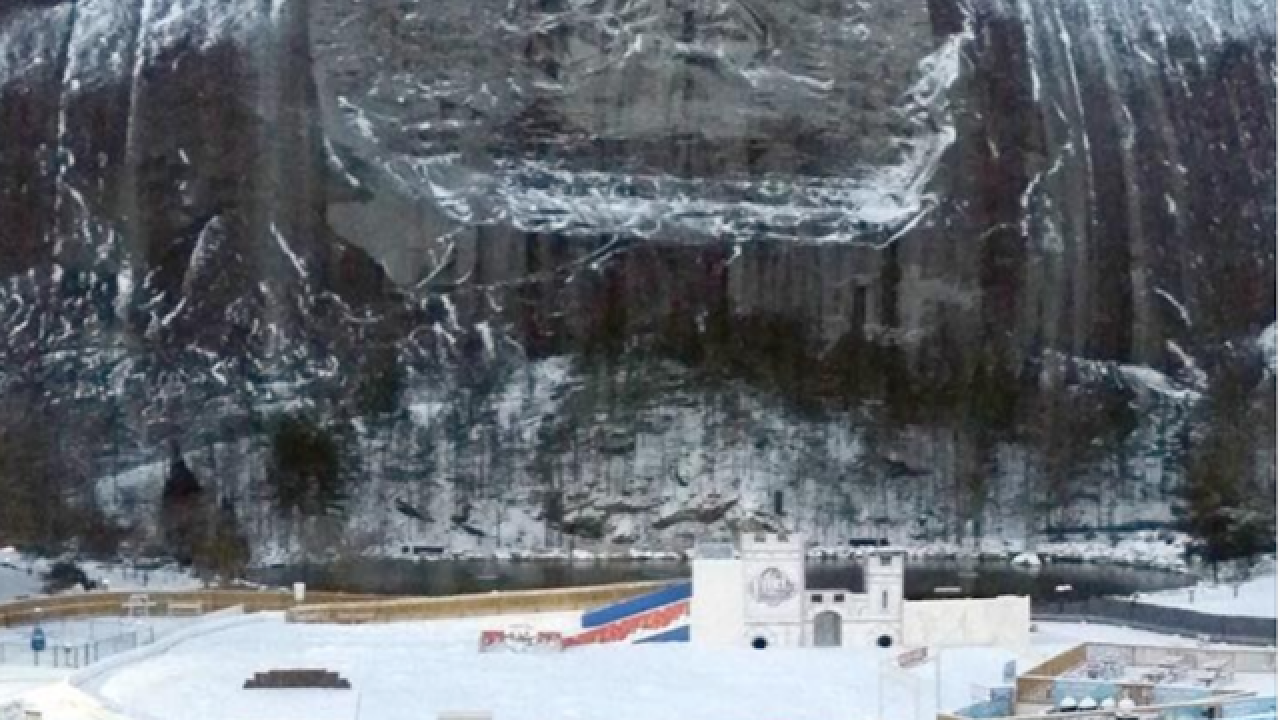 Copyright 2017 Scripps Media, Inc. All rights reserved. This material may not be published, broadcast, rewritten, or redistributed.
&lt;p&gt;In a twist of irony, snowfall forced the closure of a snow tubing track in Atlanta on Saturday. (Stone Mountain Park/Facebook)&lt;/p&gt;

Snow Mountain, a winter-themed park just outside of Atlanta, Georgia, was forced to close on Saturday — due to too much snow.

The attraction, put on each year by Stone Mountain Park, uses man-made snow to bring a winter wonderland to the usually snowless Atlanta area. But after a rare snowstorm dumped a few inches of powder on the unsuspecting South, officials made the decision to close the attraction on Saturday.

The park at least had a sense of humor about the whole situation.

"Yes, we are aware of the irony," Stone Mountain Park wrote on Facebook on Friday.