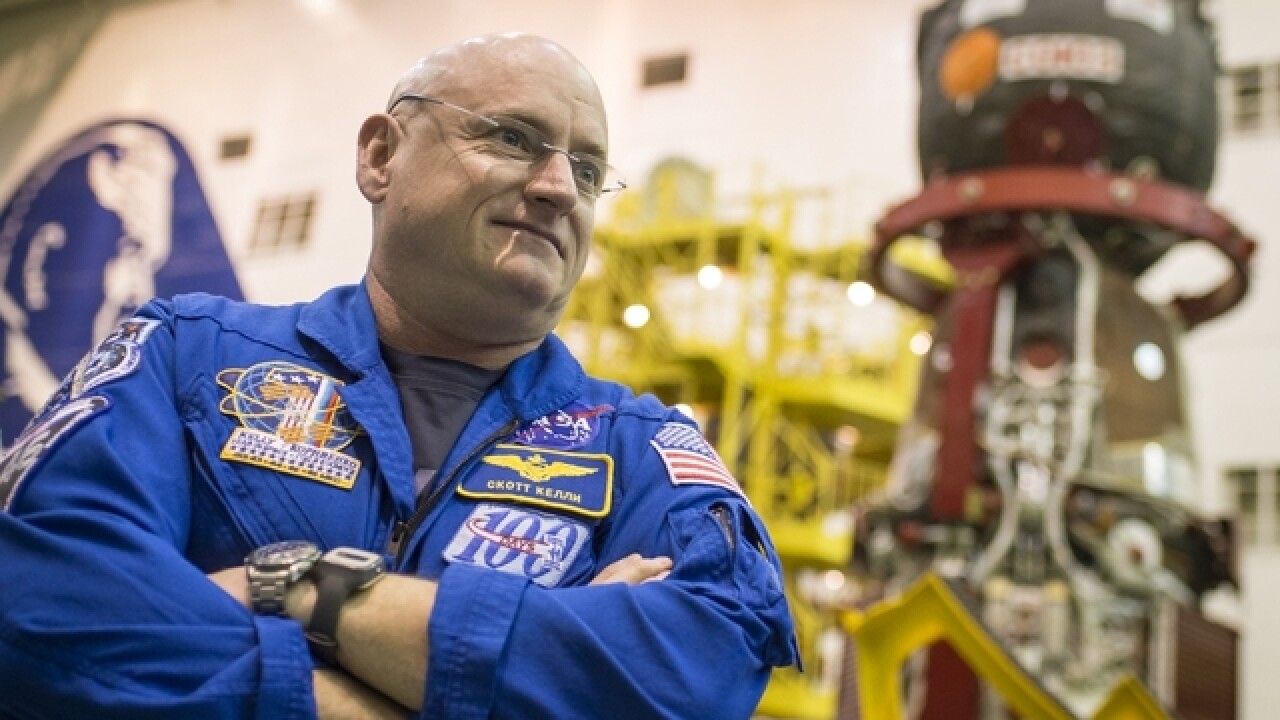 By: Mina Abgoon
Posted at 4:07 AM, Mar 04, 2016
Researchers are in the process of determining all the physical changes astronaut Scott Kelly went through during his 340 days in space, but one thing became quickly clear: He’s taller.
A whole two inches taller, at that.
USA Today reports that the reason behind the height difference is that a lack of gravity causes spinal disks to expand.
With that comes a readjustment to gravity, causing issues with balance and simple tasks like standing up and walking. Scott will undergo a physical reconditioning program, which he says normally gets astronauts back to normal within a few weeks.
Kelly reached Earth on Tuesday. His mission was part of a NASA twin study involving his brother, Mark, who stayed earthbound while he was in space. That allows scientists to study the effects of space travel on the human body in preparation for a crewed mission to Mars.
Scientists are looking most specifically at the effects of space radiation, and the impact long-duration space flight has on bones, muscles and vision.
Kelly’s medical study with NASA will continue for quite some time and will require yearly physical checkups.
With his most recent trip, Kelly has now spent 520 cumulative days in space. See how other astronauts fared against him below.
NASA Top Astronauts by Cumulative Days in Space | Graphiq
Copyright 2016 Scripps Media, Inc. All rights reserved. This material may not be published, broadcast, rewritten, or redistributed.