Another inmate dies in a troubled Mississippi prison 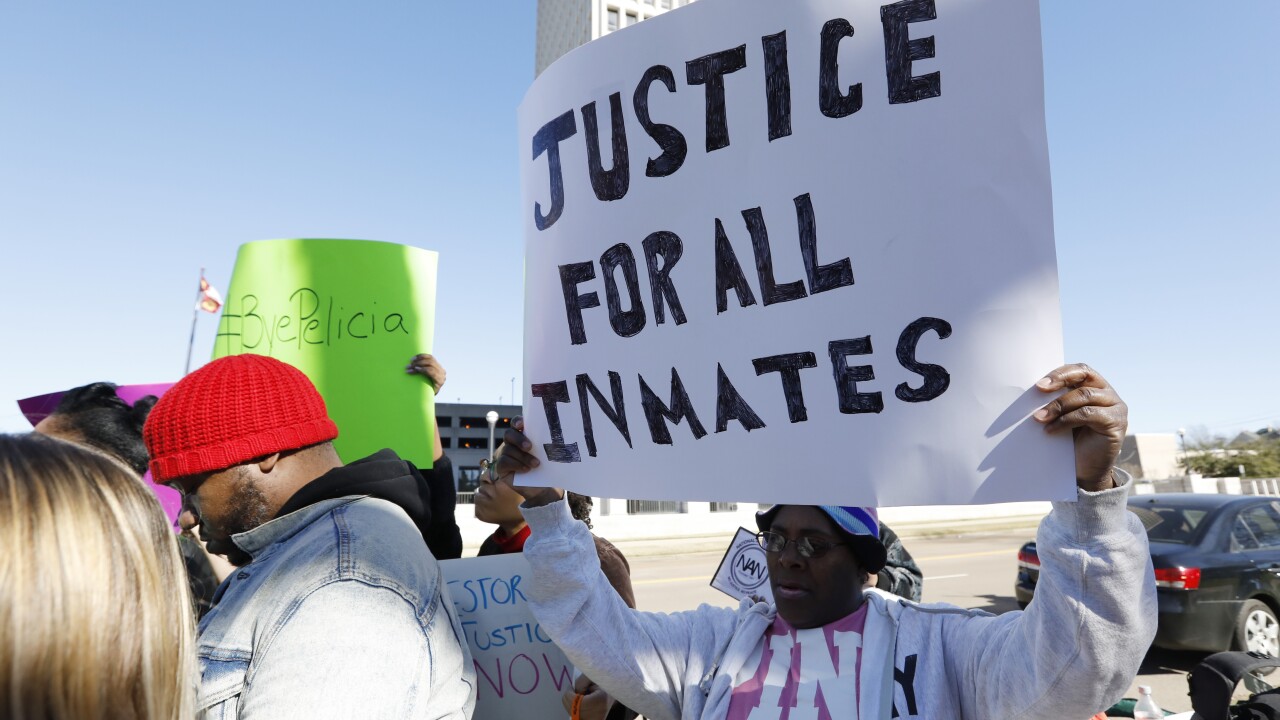 Another Mississippi inmate has died in a troubled state prison. State corrections officials said the death Wednesday appeared to be a suicide by hanging.

At least 10 inmates have died in the state's prisons since late December Most were killed in outbursts of violence. Eight of the deaths, including the one Wednesday, happened in the Mississippi State Penitentiary at Parchman.

Violence is a recurring problem in Mississippi prisons, where many jobs for guards are unfilled.

Entertainment mogul Jay-Z's charity group, Team Roc, is hosting a prison protest Friday at the Mississippi Capitol. But, state legislators plan to leave Jackson for the weekend on Thursday.