2019 Scripps National Spelling Bee: Record number of spellers, how to watch and more 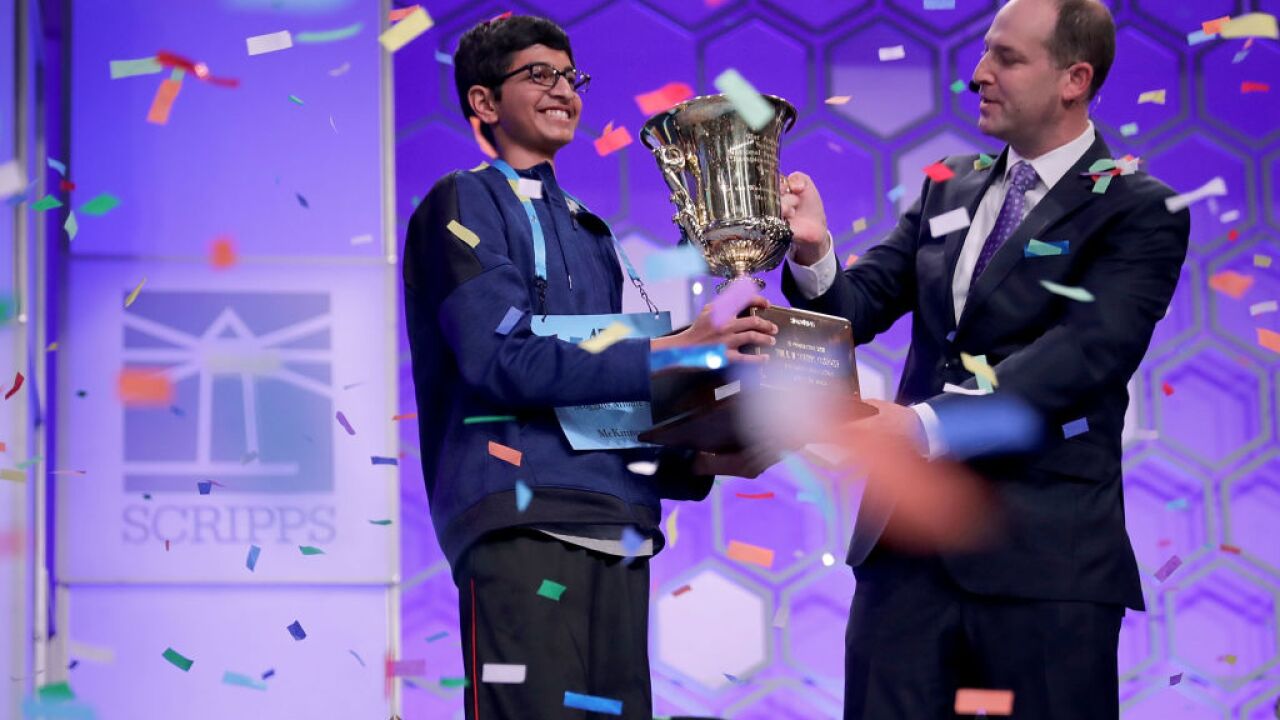 CINCINNATI — More spellers than ever are converging on the 2019 Scripps National Spelling Bee in National Harbor, Maryland, May 26-31. A total of 565 participants will compete for the largest cash prize in Bee history.

The Bee by the numbers:

The spellers range in age from 7 to 15. There are nine sets of siblings competing, including two sets of twins – one identical. A total of 163 spellers have previous experience competing in the national finals.

Locally sponsored programs held regional competitions in February and March. In early April, RSVBee applicants accepted invitations to join the regional winners at the national finals. To qualify for RSVBee, spellers had to win their school spelling bee or be a former national finalist and attend a school enrolled in the Bee program. Parents applied on behalf of their child and paid a $1,500 participation fee to accept an invitation. The 2018 Champion Karthik Nemmani, from McKinney, Texas, was an RSVBee participant.

“The Scripps National Spelling Bee is a time-honored tradition and a true piece of Americana,” said Paige Kimble, executive director of the Bee. “In our program’s nine-decades-long history, we have inspired millions of students to improve their spelling, increase their vocabularies, learn concepts and develop correct English usage. All spellers can stand proud knowing they gave their very best, and they will reap the benefits of participation, which include confidence and perseverance.”

For the 26th consecutive year, ESPN and its family of channels will provide coverage of the Bee. The broadcast/livestream of onstage spelling follows this schedule (all times EST):
Tuesday, May 28:

The prizes for the champion include:

The competition takes place at the Gaylord National Resort and Convention Center in National Harbor, just outside of Washington, D.C.