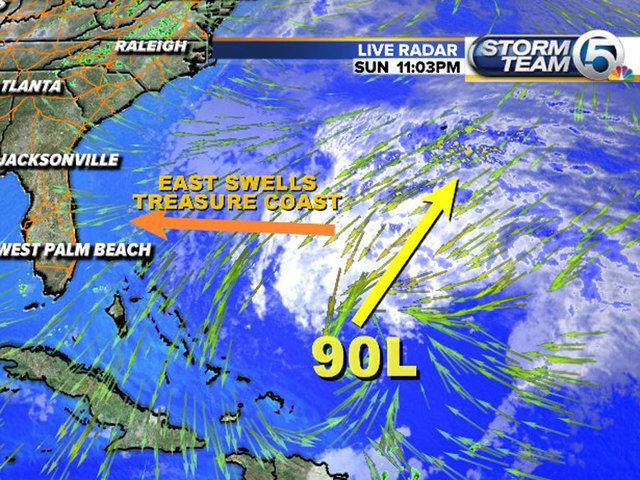 &lt;p&gt;Low pressure forms east of the Bahamas, no threat to land&lt;/p&gt; 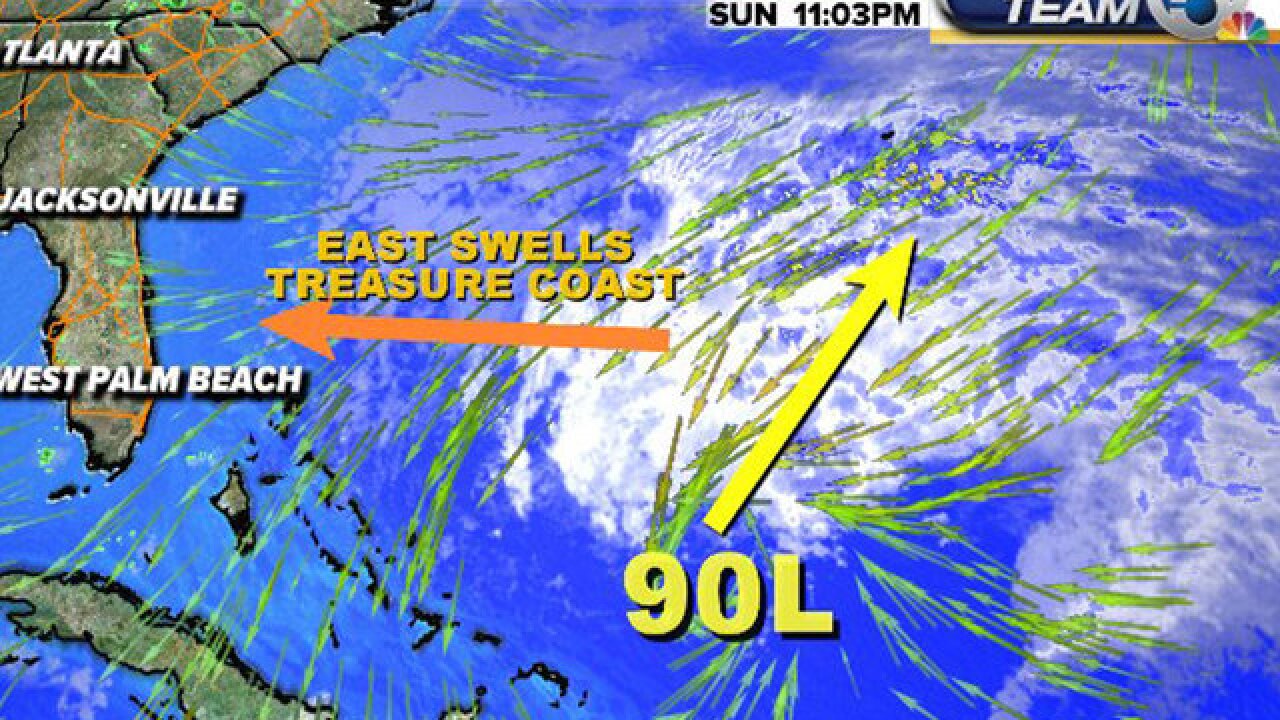 Low pressure east of the Bahamas gets labeled Invest 90L on Sunday.

This low has a very slim chance to develop into a tropical/subtropical system.  It is hugging the line between a frontal low and warm core low.

Either way gale force winds will be to the north of the system as it moves north, then northeast over the open Atlantic.

It will send an east swell toward to Treasure Coast this week, increasing waves along the coast. This will increase rip current threat and make it tricky for boaters coming in and out of inlets at lower tides.

Our first invest of the season! 90L probably won't become an early tropical system but will send swell to east coast pic.twitter.com/RNS2nSEwgK