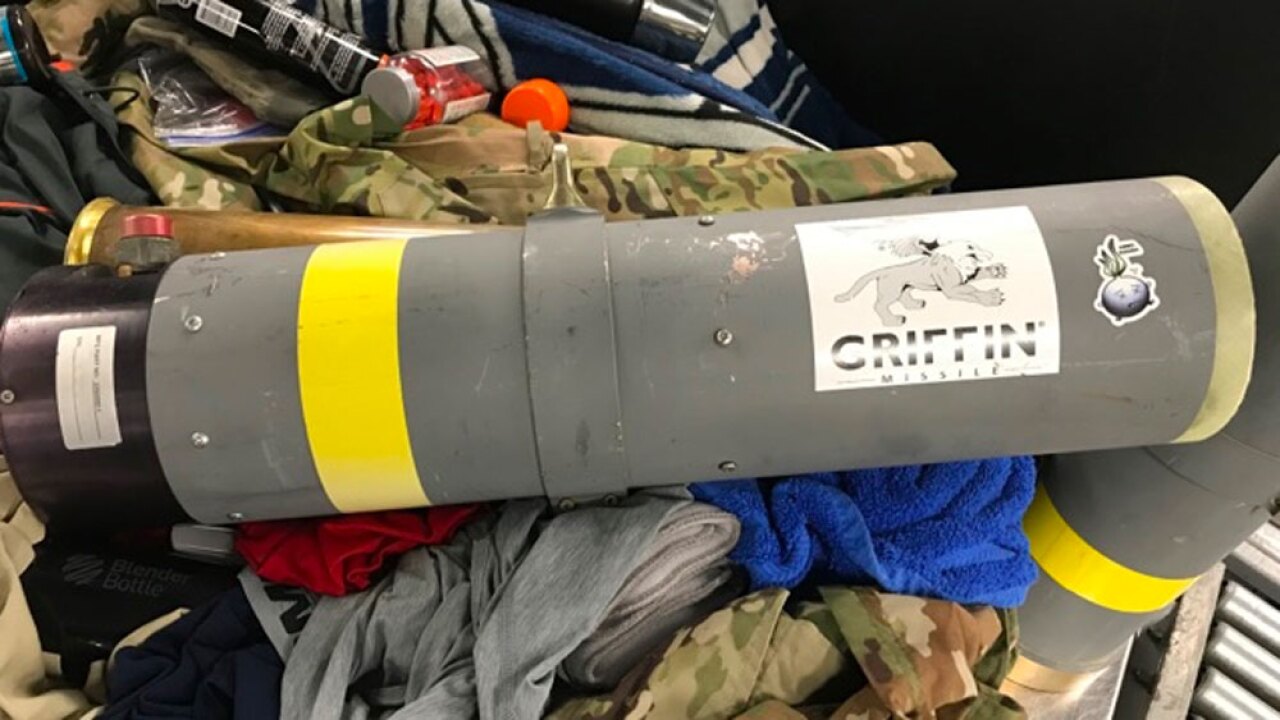 BALTIMORE (AP) — Federal officials say they've found a missile launcher in a man's luggage at the airport in Baltimore.

The Transportation Security Administration said in a statement that the military grade weapon was located in the man's checked luggage at Baltimore/Washington International Thurgood Marshall Airport.

TSA officers called airport police who found the man and detained him for questioning. The unidentified traveler said he was in the military and coming home from Kuwait. He said he wanted to keep the weapon as a souvenir.

The TSA said the missile launcher was "not a live device." But it was handed over to the state fire marshal for disposal.

The man lives in Jacksonville, Texas, which is about 115 miles (185 kilometers) east of Dallas. He was ultimately allowed to catch his flight home.

.@TSA officers at @BWI_Airport detected this missile launcher in a checked bag early this morning. Man said he was bringing it back from Kuwait as a souvenir. Perhaps he should have picked up a keychain instead! pic.twitter.com/AQ4VBPtViG