No one seriously hurt 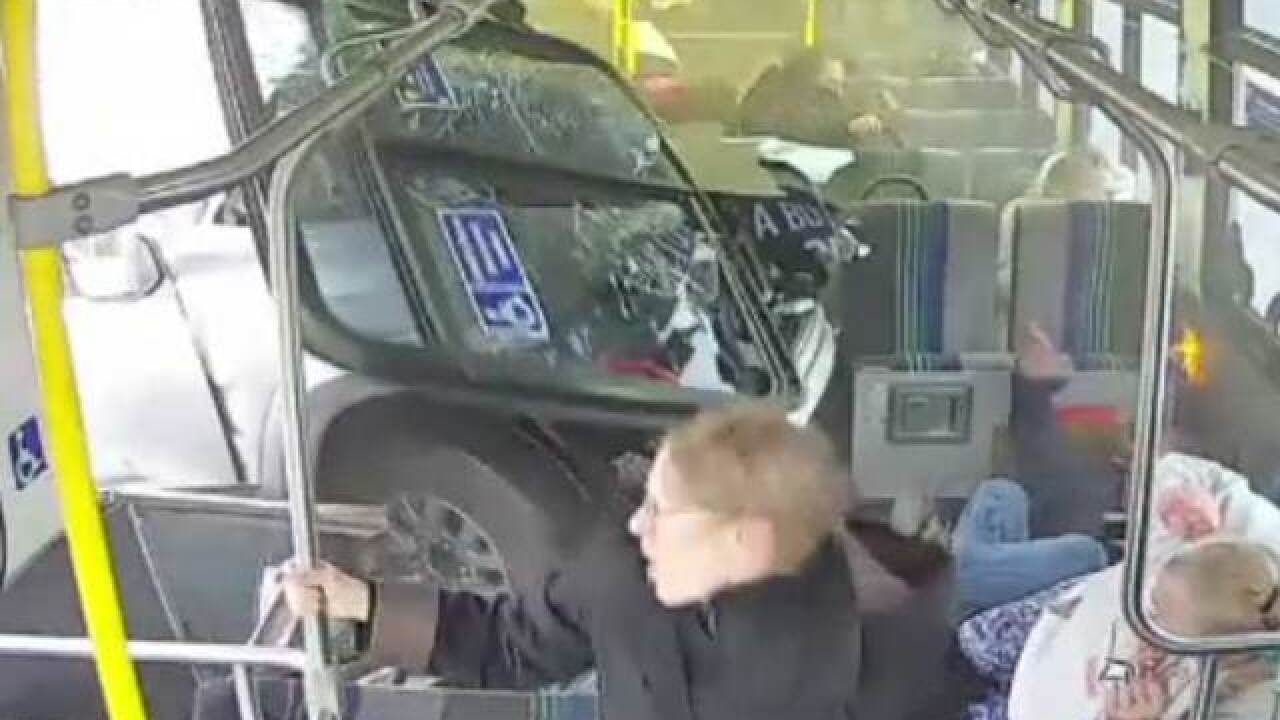 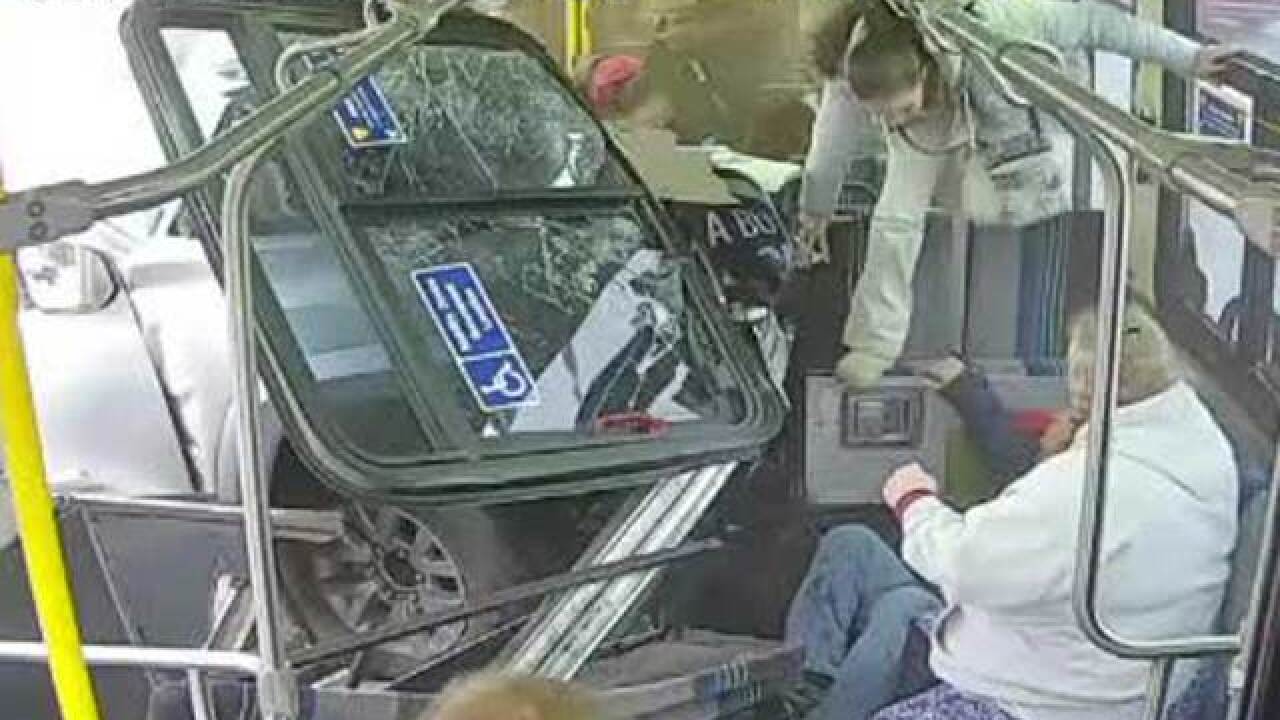 (CNN) - Stunning surveillance video captured the moment last week when a pickup truck became lodged in a bus after a wild crash in upstate New York.

The truck ended up part way into a bus, several feet off the ground,

Amazingly, no one was seriously injured in the wreck Jan. 19 in Syracuse, N.Y.

Police said the driver of the truck was getting off an exit ramp on Interstate 81 and swerved to the left lane to avoid stopped traffic.

That is when the truck went off the road and continued onto the grass, hitting a Centro public bus that was stopped at a traffic light.

The truck driver's passenger, who is his wife, was taken to the hospital along with the bus driver.

No tickets were issued immediately after the crash, but police are still investigating.