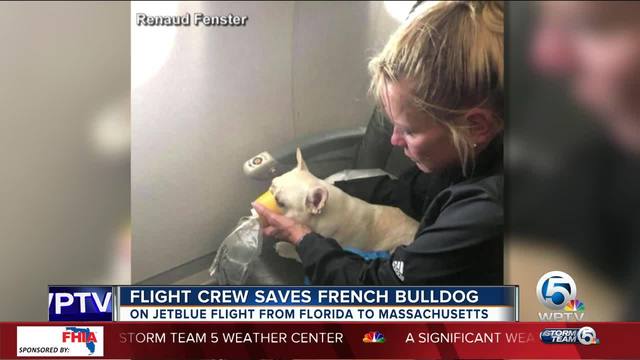 A flight crew jumped into action recently to save a four-legged life in the air. 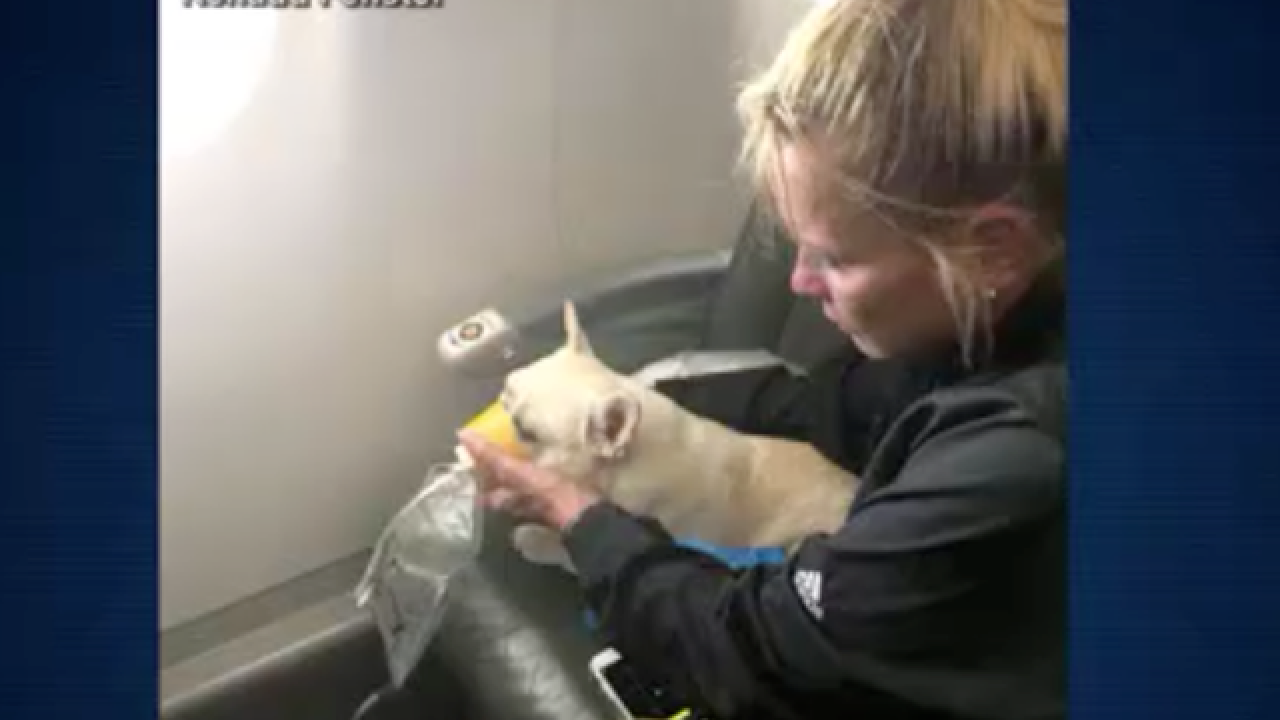 A flight crew jumped into action recently to save a four-legged life in the air.

A passenger's French bulldog was in distress on a JetBlue flight from Florida to Massachusetts last week.

Three-year-old Darcy was struggling to breathe. Her gums and tongue began turning blue.

Her grateful owner publicly thanked the attendants for their attention and help, through a letter which a friend posted to Facebook.

"We all want to make sure everyone has a safe and comfortable fight, including those with four legs. We're thankful for our crew's quick thinking and glad everyone involved was breathing easier when the plane landed in Worcester."