He denies the allegation 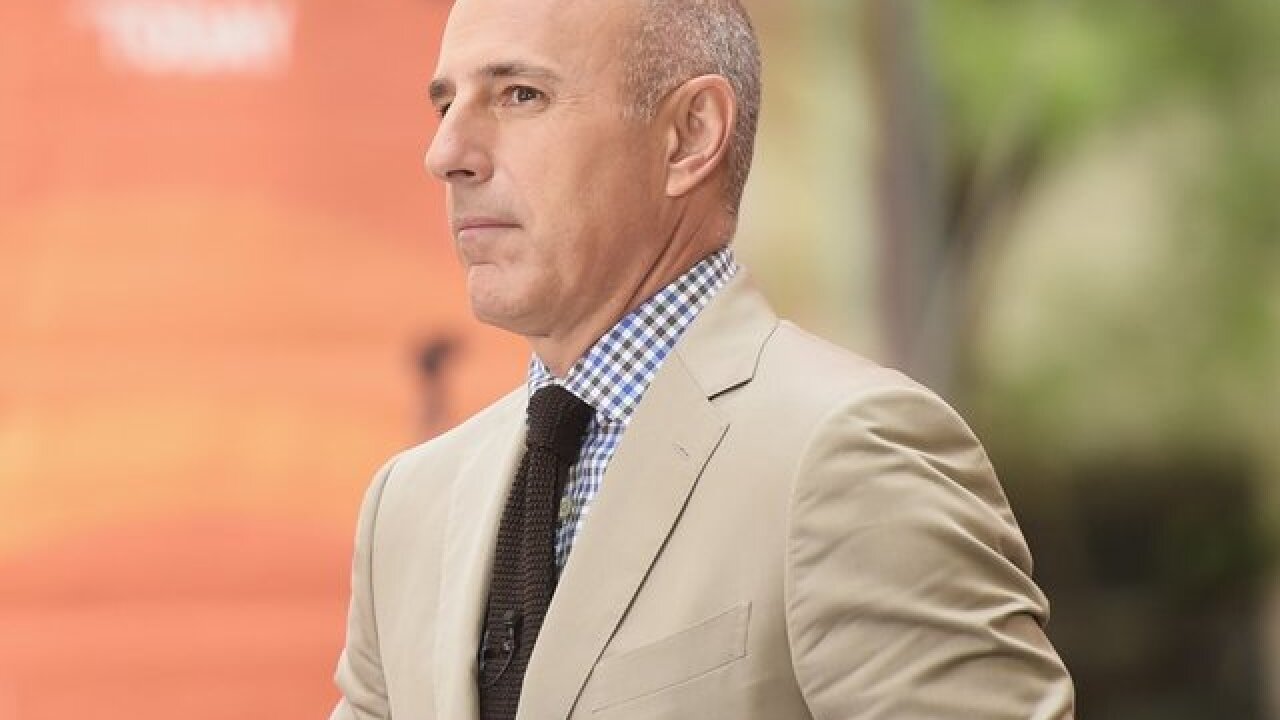 (CNN) -- When NBC News fired Matt Lauer two years ago, the network said an employee accused him of "inappropriate sexual behavior in the workplace."

Now that employee, Brooke Nevils, is speaking publicly for the first time. And Nevils is saying that Lauer raped her. The disturbing account is detailed in "Catch & Kill," a book by Ronan Farrow that comes out next Tuesday.

NBC News responded by saying, in a statement, "Matt Lauer's conduct was appalling, horrific and reprehensible, as we said at the time. That's why he was fired within 24 hours of us first learning of the complaint. Our hearts break again for our colleague."

Lauer denied the rape allegation in a statement on Wednesday morning, saying "Each act was mutual and completely consensual," and "The story Brooke tells is filled with false details intended only to create the impression this was an abusive encounter."

"Nothing could be further from the truth," Lauer's statement said. "There was absolutely nothing aggressive about that encounter. Brooke did not do or say anything to object. She certainly did not cry. She was a fully enthusiastic and willing partner. At no time did she behave in a way that made it appear she was incapable of consent."

"This is shocking. And appalling. And I honestly don't even know what to say about it," Savannah Guthrie said on the air.

Nevils told Farrow in an interview that the rape occurred while she was in Sochi, Russia, covering the 2014 Winter Olympics.

She says it happened after a night of drinking with Lauer and others at a hotel bar. Nevils said she had six shots of vodka. Lauer invited her up to his room but, according to Farrow, Nevils said she "had no reason to suspect Lauer would be anything but friendly based on prior experience."

Nevils told Farrow that once in the room, Lauer forced himself onto her and raped her.

Nevils also told Farrow that she and Lauer later had sexual encounters that were consensual. "It was completely transactional. It was not a relationship," she said.

"It was the first of many sexual encounters between us over the next several months," he said. "After we returned to New York, we both communicated by text and by phone. We met for drinks, and she met me at my apartment on multiple occasions to continue our affair. Our meetings were arranged mutually. At no time, during or after her multiple visits to my apartment, did she express in words or actions any discomfort with being there, or with our affair.

Lauer also said he "ended the affair poorly," adding that he "simply stopped communicating with her."

"I understand how that must have made her feel," Lauer said in his statement on Wednesday. "However, being upset or having second thoughts does not give anyone the right to make false accusations years later about an affair in which they fully and willingly participated."

Nevils has not responded to a request for further comment from CNN.

Nevils did not immediately report the alleged attack to NBCUniversal executives. She told Farrow that she confided in former "Today" host Meredith Vieira three years later, and Vieira urged her to get a lawyer and speak with NBC human resources.

Nevils did, and her attorney said that NBC took swift action at that point.

"My client and I met with representatives from NBC's Human Resources and Legal Department at 6pm on Monday," Nevils' attorney Ari Wilkenfeld said at the time. "Over the course of several hours, my client detailed egregious acts of sexual harassment and misconduct by Mr. Lauer. In fewer than 35 hours, NBC investigated and removed Mr. Lauer. Our impression at this point is that NBC acted quickly and responsibly, as all companies should when confronted with credible allegations about sexual misconduct in the workplace."

After he was terminated, Lauer said in a statement, "There are no words to express my sorrow and regret for the pain I have caused others by words and actions. To the people I have hurt, I am truly sorry." He said that "some of what is being said about me is untrue or mischaracterized, but there is enough truth in these stories to make me feel embarrassed and ashamed. I regret that my shame is now shared by the people I cherish dearly."

After the news of his firing broke, multiple news outlets published stories with other allegations of harassment by Lauer.

But no allegation of rape had emerged until now.

Her account is sure to prompt new questions about whether she felt protected by NBC. Farrow reports that she left the network in 2018 with a payout in the "seven figures."

NBC News chairman Andy Lack said in a statement on Wednesday morning, "Our highest priority is to ensure we have a workplace environment where everyone feels safe and protected. We are absolutely committed to making this a reality - there can be no exception."