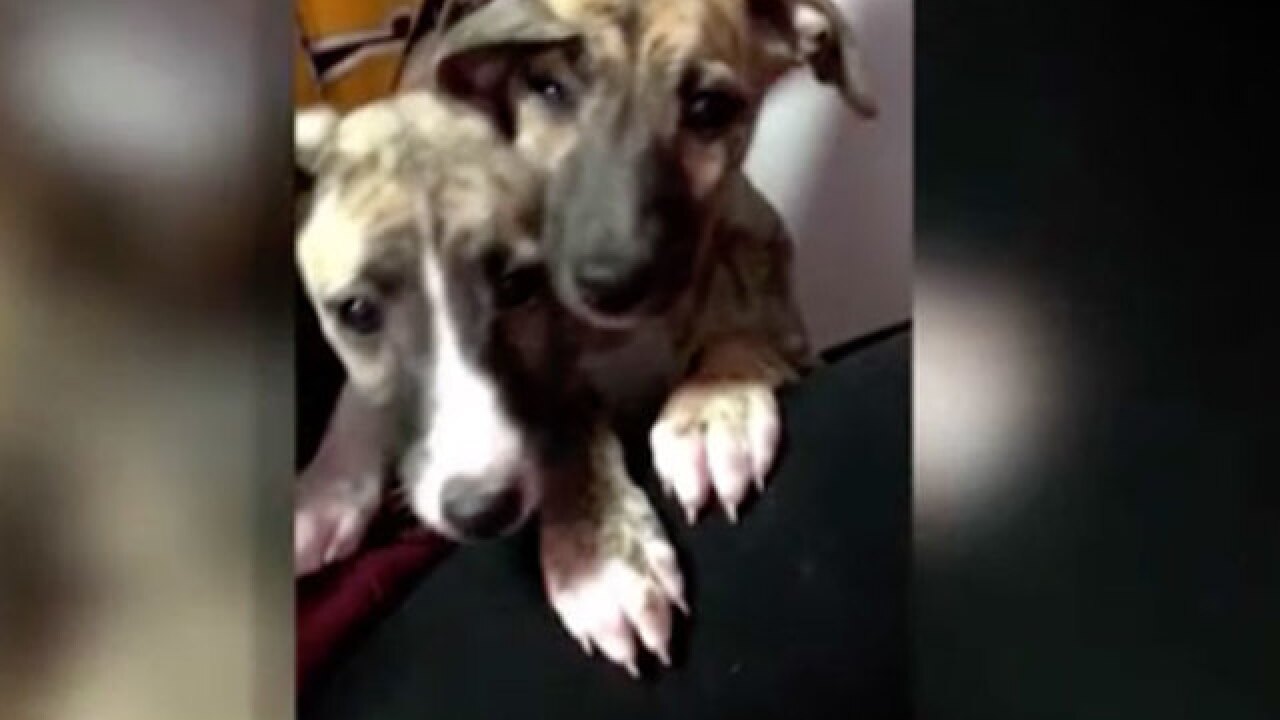 (KTVB/NBC) - An Idaho family flying their new puppy home from the east coast say mix-ups on the dog's Delta Airlines flight had the pooch criss-crossing the country.

The puppy, Ren, is finally home after the wild adventure.

It all happened when a breeder in Virginia put the dog on a flight to Boise on Saturday.  From there, things then went haywire.

When the dog’s owner, Josh Schlaich, showed up at the Delta cargo area of the Boise airport Sunday afternoon, he was given the wrong dog.

It was the puppy's litter mate who was on the same flight.

The plane was supposed to take the puppies from Virginia to Minneapolis then to Boise.

Instead, from Virginia they went to Detroit, where they stayed overnight. Then to Los Angeles and Salt Lake City, before finally landing in Boise late Sunday evening.

Schlaich says he called Delta several times only to get hung up on.

"We went for a couple of hours not really knowing where this dog was. We didn't really know how it would be taken care of at the boarding facility. The dog has been in a crate for two days," said Schlaich. "It's a culmination of uncaring customer service and bad logistics."

A Delta spokesperson said the following regarding the mix-up:

"We know pets are important members of the family and apologize for the delayed shipment of a dog, which is now in the hands of its owner, after it was routed to the wrong destination. We have fully refunded the shipping costs and have initiated an immediate review procedures to understand what happened."