CAUGHT ON VIDEO: Strong winds lift man into the air in Turkey 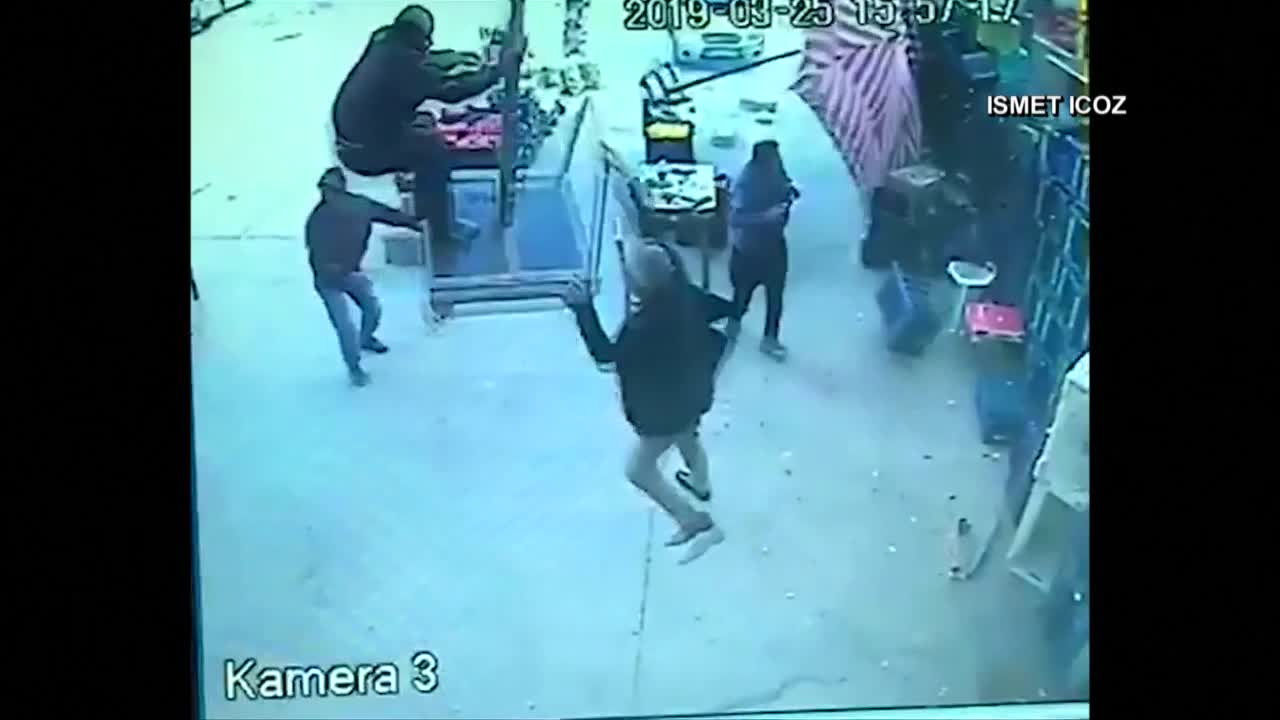 Man in Turkey blown into air by strong winds. 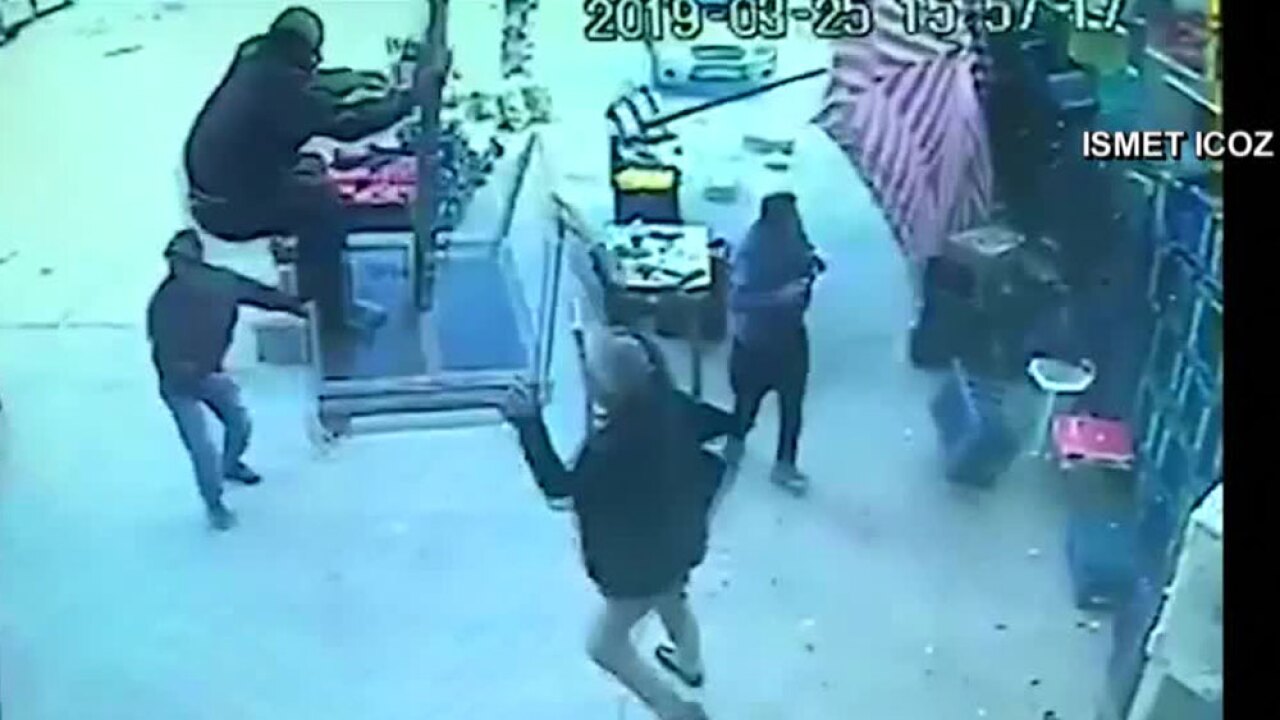 OSMANIYE, Turkey-- A hair-raising moment was captured on CCTV video which shows a man in southern Turkey being lifted into the air by strong winds.

Footage showed three men running to secure an umbrella as strong winds moved it and one of them is blown into the air after stepping on the base of the umbrella.

State media said the man jumped off after being lifted ten to 13 feet from the ground and emerged unscathed.

It added that another man was injured after the umbrella fell on him and he was being treated at a hospital.