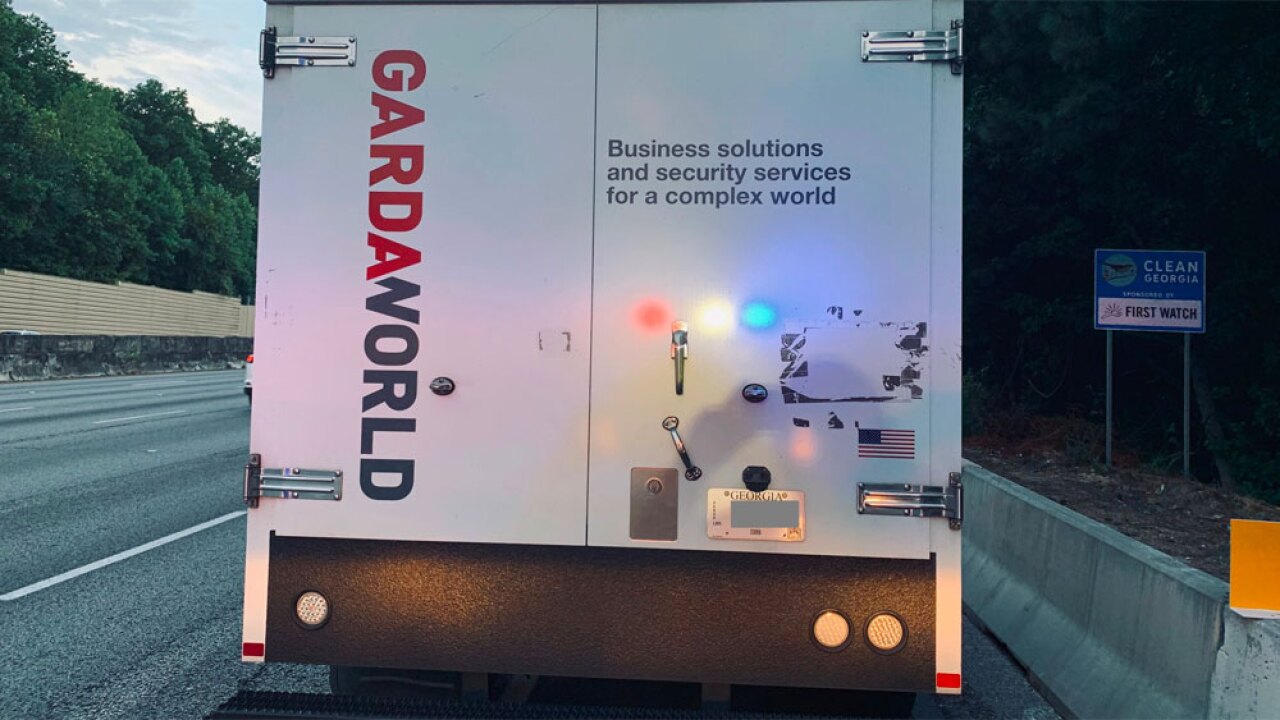 Dunwoody PD
The crew of this armored car said the side door came open while they were driving and money spilled out onto I-285, according to police.

ATLANTA (AP) — Drivers on Atlanta's busy perimeter highway were bombarded by flying money after a door swung open on an armored truck.

WSB Radio reports that the rain of cash prompted a dozen or more drivers to pull over on I-285 near Ashford-Dunwoody Road.

A video shows people spilling out of their cars to scoop up the bills in traffic lanes. Amazingly, no one was hurt. By the time police arrived, the opportunists had driven off with the money.

Dunwoody Police Sgt. Robert Parsons told the radio station that taking the money off the road is most certainly a crime. They're investigating to see how much is missing.

Parsons says they're going to need that cash back.