5-year-old cancer survivor donates 3,000 toys to the children's hospital where he was treated 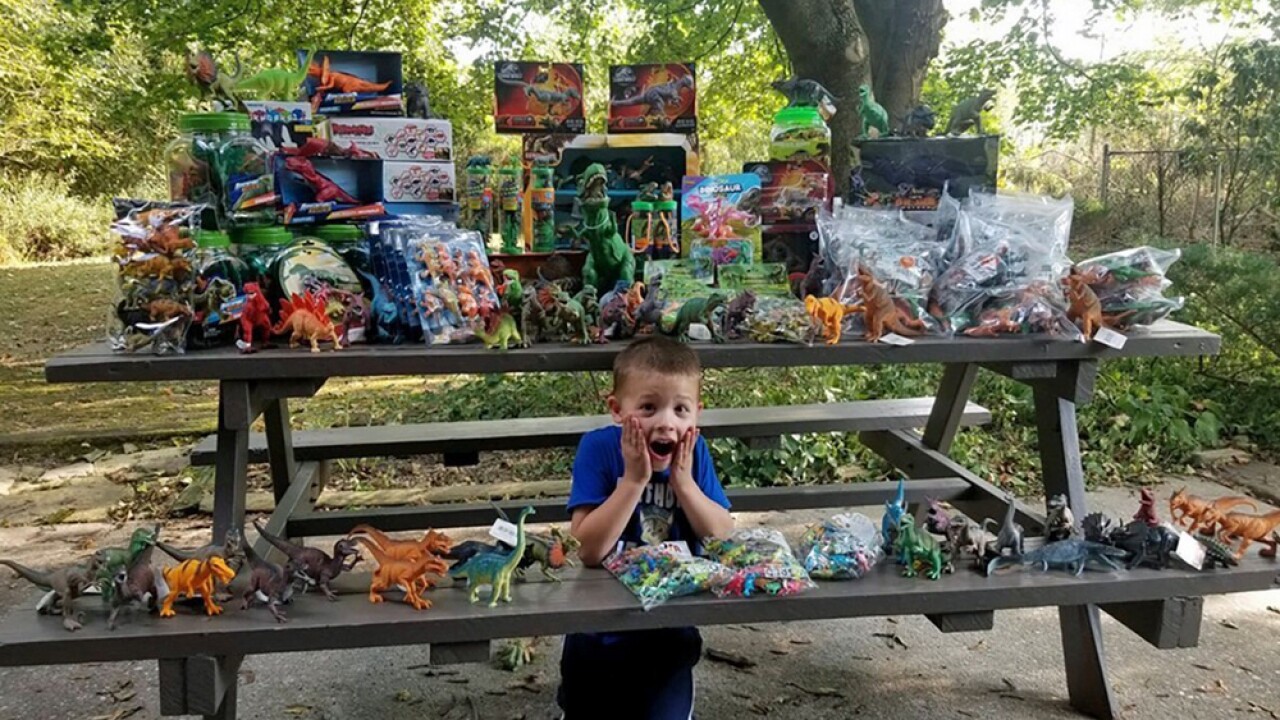 (CNN) -- Weston Newswanger is just a normal 5-year-old boy, except when it comes to birthday presents.

While most kids his age tear through gifts, Weston wanted to give his away.

The reason? He's a cancer survivor. And he decided that in lieu of gifts he wanted to make a big donation to the place that saved his life.

When Weston's mom Amy Newswanger asked her son what he wanted for his upcoming birthday, he told her, "I don't want anything. I don't need anything."

Newswanger suggested they make a donation. "He didn't even have to think about," she told CNN.

Weston immediately suggested they collect "dinosaurs and Play-Doh" for PennState Children's Hospital where he was treated for cancer.

Newswanger asked the hospital if those items would be okay and got to work getting the word out to collect the toys.

The family told friends and relatives what Weston wanted for his birthday and even put out a post on Facebook so others could join in the cause.

She said the toys were a big part of keeping Weston happy and occupied during treatment -- especially the Play-Doh.

His fight with cancer

Weston was diagnosed with Rhabdomyosarcoma in November 2016 and underwent just under a year of treatment. He has been in remission for almost two years.

Newswanger said the hospital became a second home for them.

"We were there just as much if not more than our own house so the people at the hospital became our family."

Weston and his family delivered the items to the hospital Tuesday.