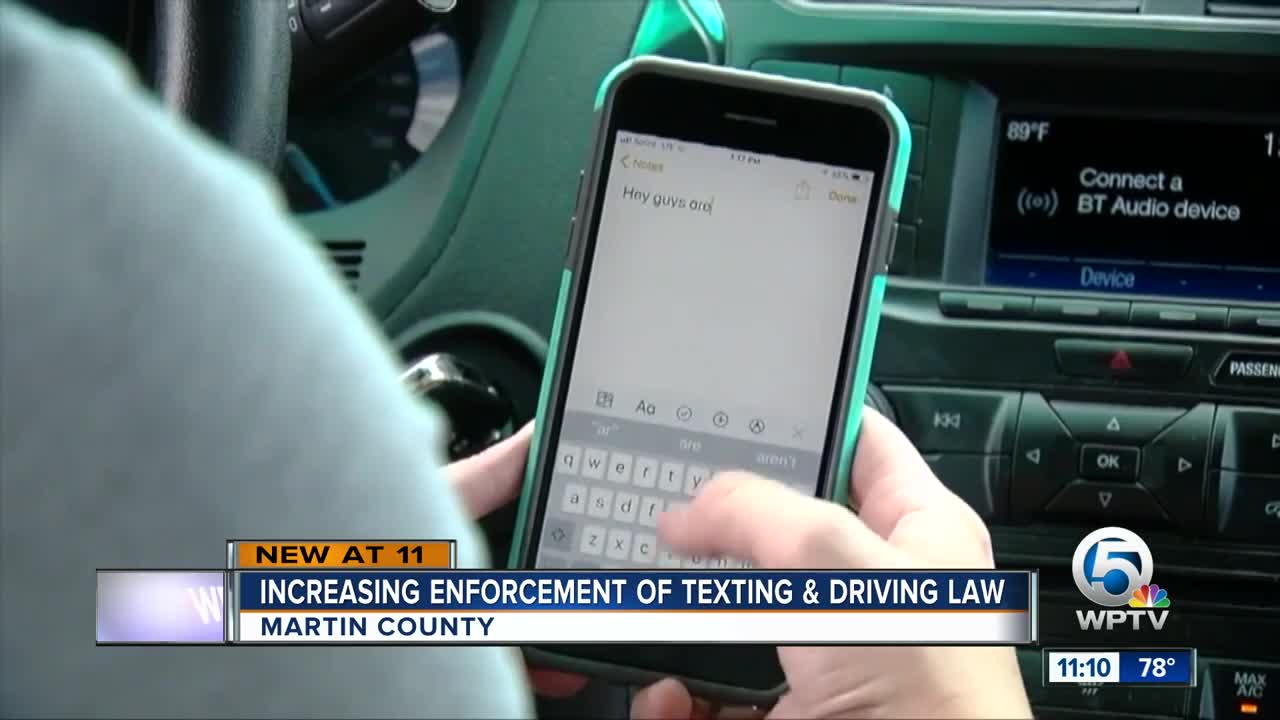 Enforcement rolled out slowly at first, but that will soon change.

The Florida Highway Patrol reported to lawmakers that troopers have issued 438 warnings since July. All law enforcement statewide has only given out 542 citations, mainly because the agencies were focusing on educating drivers before the new year. More tickets are expected to be issued instead of warnings starting Jan. 1.

Tickets were only issued in severe cases like a crash.

Starting in October, law enforcement officers will have more potential citations to watch for. Having a cellphone in hand in construction zones or school zones will also become illegal.

“That will be a much easier violation to enforce,” said Sgt. David Rosko with the Martin County Sheriff’s Office.

Rosko wrote the only citation the Martin County Sheriff’s Office has issued since July. He said the driver was also speeding 38 mph over the speed limit and driving without a license.

Despite stricter texting laws, Rosko said he has not seen a noticeable difference in driver habits.

“You can drive a mile down the road and see someone texting while driving,” Rosko said. “They’re just rolling the dice and thinking that they won’t get caught, so that’s why they continue to do it,” Rosko said.

Rosko says it is not always easy to spot people texting and driving, when they hold their phones out of view. However, there are other indicators of distracted driving.

Even then, there are still loopholes drivers are using to dodge tickets. “If someone says I was just checking their GPS and I ask if I can see their phone and they say no, I’m kind of dead in the water.”

The new hands-free rule beginning in October, he says, will make distracted driving easier to spot and stop.