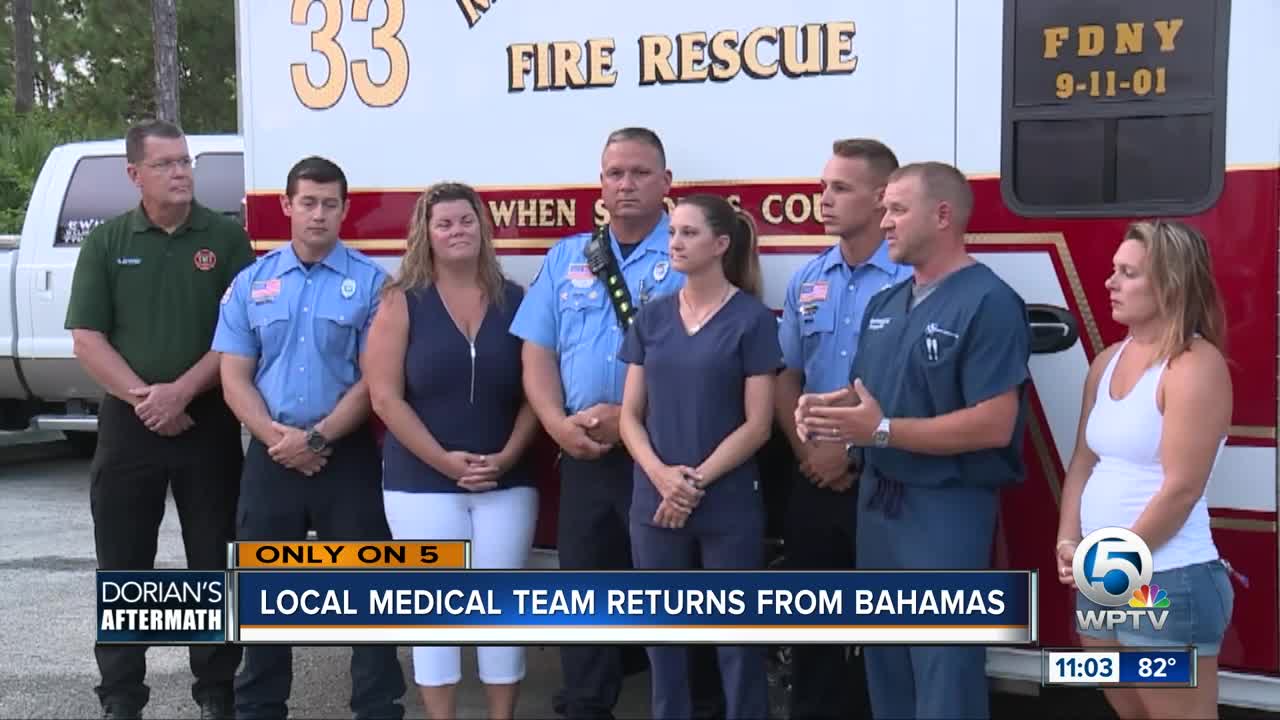 A local team comprised of doctors, nurses, pharmacists, and paramedics on the Treasure Coast answered the call to help as many people as they could who are living in some of the areas hit hardest by Hurricane Dorian in the Bahamas.

MARTIN COUNTY, Fla. -- A local team comprised of doctors, nurses, pharmacists, and paramedics on the Treasure Coast answered the call to help as many people as they could who are living in some of the areas hit hardest by Hurricane Dorian in the Bahamas.

“I put a text out and these guys jumped all over it,” Dr. Ferraro said.

They headed right into some of the hardest hit communities on a donated helicopter. Once on the ground, they used a damaged but drivable Bahamian car to reach people who could not leave their locations.

“We really did a lot of good in Marsh Harbor and Freeport. We bounced all around there and transported over 100 patients between the two missions,” Dr. Ferraro said.

They treated medical issues directly related to the storm and its aftermath.

“They were coming up with these different rashes, most likely due to not having clean water to wash themselves with,” said Adriane Mijardes, Firefighter Paramedic for Martin County Fire Rescue.

Other patients had previous health issues or needs made worse by the tough conditions.

“We flew her back to Florida and the next morning she got two stents and she’s alive today because of it,” Wisniewski explained.

They helped a stroke victim get much needed treatment.

Meanwhile, they navigated through destruction and debris to find as many people needing help as possible.

Pharmacist Marcie Ferraro also focused on the need to bring much needed medications to the island.

“No one was getting their medications in a timely fashion,” Dr. Ferraro explained. “Getting medications to the islands is going to be important ongoing. When I left they had about a month [left], so in three weeks they’re going to be getting close and we’re going to have to address that need again,” Marcie Ferraro said.

But the desperation the team witnessed was not only through sickness or injury. Dr. Ferraro said he will not forget a moment in Fox Town.

Martin County Firefighter Paramedic Jordan Feck said they also saw a lot of strength in the Bahamian people still on the island.

“They reluctantly accept the help but they are so grateful when we provide it when we show up,” Feck said.

The team hopes to make another trip back to the Bahamas within the next month.