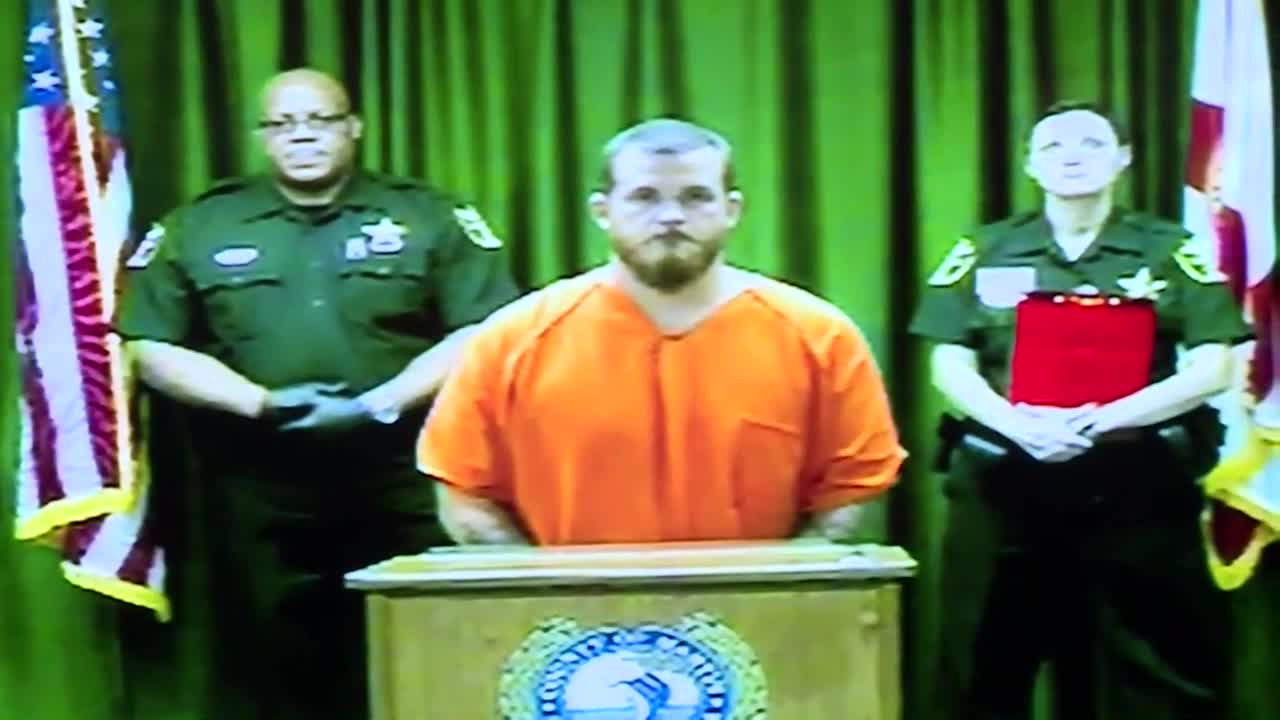 A judge set bond at $1 million on Wednesday for a former Martin County deputy who was arrested on charges related to falsifying drug arrests, putting people in jail for days or months who didn't belong behind bars. 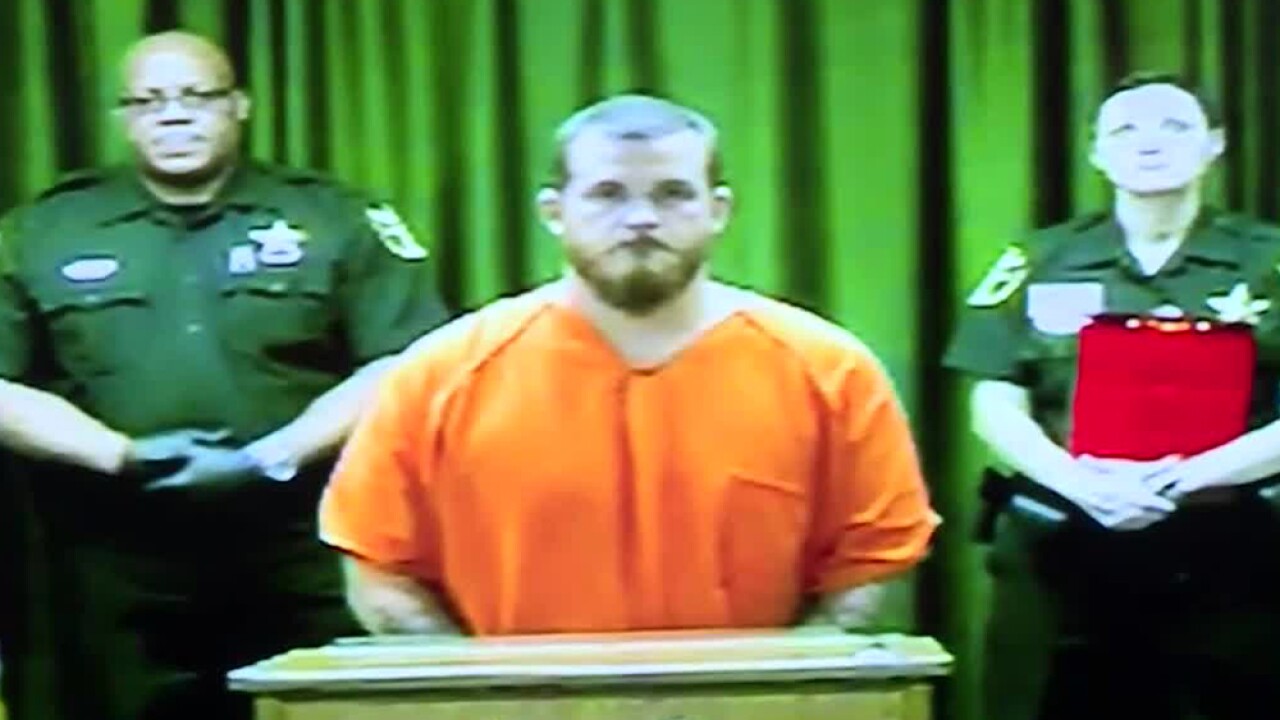 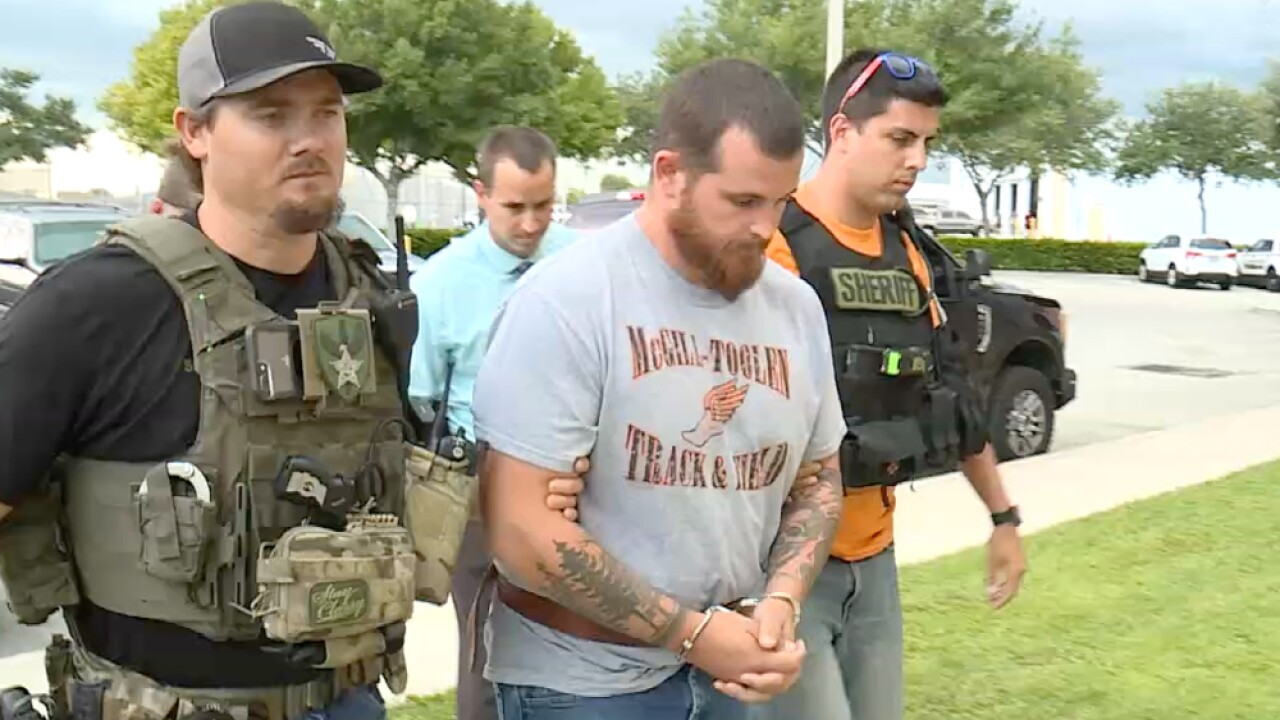 MARTIN COUNTY, Fla. — A judge set bond at $1 million on Wednesday for a former Martin County deputy who was arrested on charges related to falsifying drug arrests, putting people in jail for days or months who didn't belong behind bars.

Steven O’Leary was arrested in Leon County Monday night. Detectives with the U.S. Marshals Task Force transported him to Martin County Tuesday afternoon where he was booked into the Martin County Jail.

On Wednesday, O'Leary, dressed in an orange jail jumpsuit, remained silent during the short two-minute court hearing. A judge said if O'Leary posts bond, he'll have to wear a GPS monitoring device.

A 47-page investigative report indicated that people who were wrongfully arrested spent anywhere from a day to more than 80 days in jail.

The report said that during O’Leary’s 11 months working for the Martin County Sheriff’s Office, he made 86 arrests for narcotics-related charges.

"Of those cases, there are 14 cases where an arrest was made and no controlled substance was present," the report stated. "In two of those cases, an independent lab has found that evidence submitted by O’Leary was completely fabricated, most likely taken from a statue he had in his vehicle."

20-year-old Nikolas Cook said he served more than a week in jail, though he never had drugs in his car, according to the investigation.

"I knew the stuff wasn’t in my car to begin with," Cook said. The traffic stop started when O’Leary said Cook’s tag lights were not on. Eventually, O’Leary claimed to smell marijuana and told Cook to get out of the car.

"O’Leary goes to the trunk of his car, grabs something and goes back to my car and magically find cocaine residue," Cook said.

While the charges against Cook were eventually dropped, the arrest has ongoing impacts.

"I lost my job because of it. It caused problems with my family in the beginning," Cook said, who added it also put the custody of his child at risk.

Knapp said O’Leary took items from his car during a traffic stop that were not drugs or drug paraphernalia as he said O’Leary claimed. Knapp said white powder in his car was not cocaine, but dust from drywall.

"There was no cocaine in the car. And the straw that he called drug paraphernalia was... in a Wendy’s cup," said Knapp.

The total cost of getting out of jail and fighting the charges amounted to nearly $6,000 for Knapp.

"I ended up on probation, regular drug testing. I lost a lot of hours at work," said Knapp.

In the report, the investigation revealed that in the trunk and passenger compartment of O’Leary’s vehicle investigators found witness statements that had not been submitted.

Investigators also found Advil tablets wrapped in tinfoil, a Vape pen consistent with those seized as evidence in his cases, and a white material which matched evidence O’Leary used as possible "crack cocaine." Finally, investigators found six sworn MCSO witness statements amongst other official records that were never properly submitted.

The State Attorney’s Office in January notified the Martin County Sheriff’s Office that they had found three cases where O’Leary’s substances submitted as evidence came back in subsequent tests to not be drugs.

O'Leary was fired in January. Since then, Martin County Sheriff William Snyder said some changes have been made at the department.

Those changes include more supervision before possible drugs are submitted into evidence.

Sheriff Snyder said this case is a black eye for the agency, which they’re working to move past.

"Every organization can have an outlier... a bad actor," said Sheriff Snyder. "That’s what we have here."