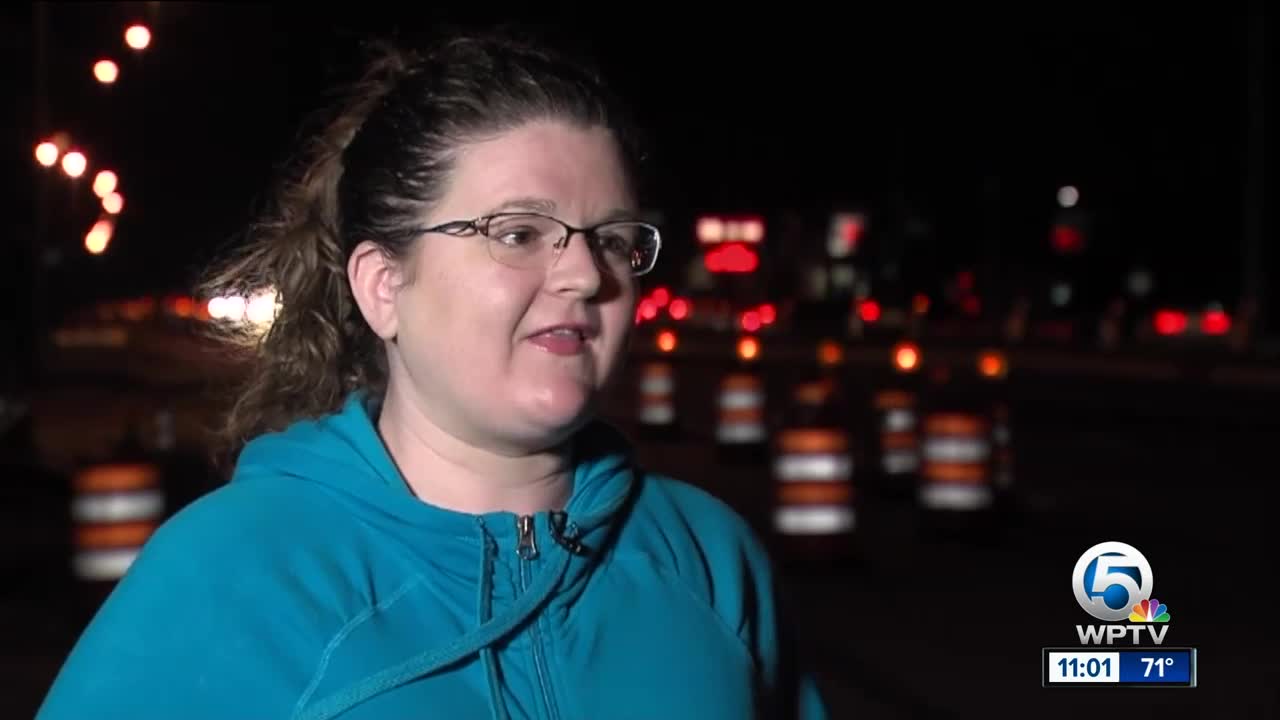 MARTIN COUNTY, Fla. — A Martin County woman is trying to find a Good Samaritan who forced her to pull her car onto the side of the interstate before the car burst into flames.

Julie Whalen said that driver saved her life and she wants to thank him and his family.

Whalen was driving north on Interstate 95 Friday when she said her 2013 Kia Sorento suddenly started having problems.

“I heard a huge boom, so I just put my flashers on and kept driving to get to the exit to pull off,” Whalen said.

The nearest exit was not far away. “I just wanted to get off safely there.”

Shortly after slowing down and putting on her hazard lights, she said she thought another driver was irritated with her driving.

“They just basically ran their car in front of mine, forcing me to pull over onto the shoulder,” Whalen said.

She said it did not take long to realize they were actually trying to help her.

“Not until they stopped me and they got out of the car and they were waving frantically. At that point I knew something was wrong,” Whalen said.

When she got out of the car, she could see sparks coming out from under the engine.

Whalen said she was out of her car just two minutes when it became engulfed in flames.

Whalen said the driver, his wife and children were in the car. They let Whalen wait with them until help arrived.

She strongly feels he saved her life.

“The gentleman who helped me said he was a mechanic and said my car would have blown up with me inside it,” Whalen said.

That is why she is now making a public plea, hoping to find the family again.

She said she was so flustered at the moment, she did not get their names or get the chance to show him her gratitude.

“Myself and my family would just love to say thank you,” Whalen said.

Whalen also said her car had just been serviced in October and had no problems. She says she is working with her insurance company to see if her fire is related to a massive recall of Kias that have spontaneously caught fire.

WPTV has reached out to Kia for a comment.