Donations used to buy gifts for children of struggling families 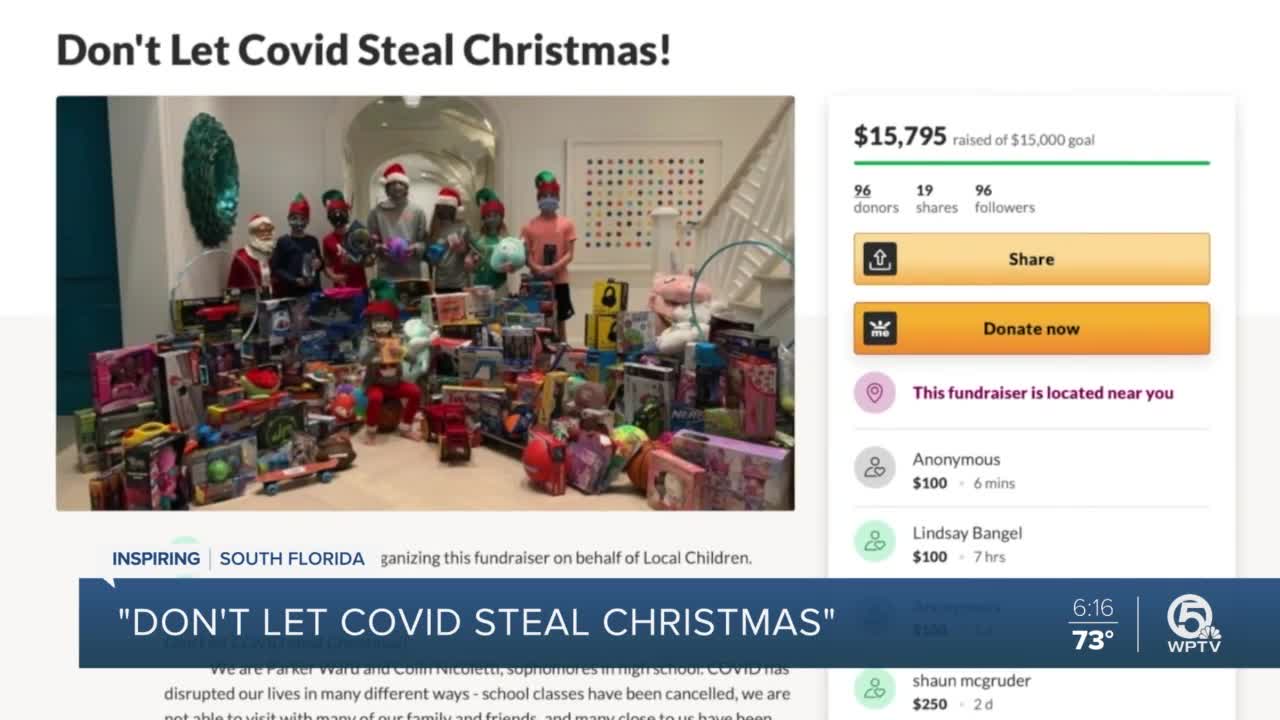 A local fundraiser was started by two high school students who are on a mission to bring joy to those affected by the pandemic.

That's the name of a local fundraiser started by two high school students who are on a mission to bring joy to those affected by the pandemic.

"It was Thanksgiving, and we were thinking, 'Oh, it's been such a hard year, and how can we give back?' So, we brought up some ideas and decided to start a GoFundMe," Parker Ward said.

It was a meeting of the minds between two longtime family friends that has now lead to hundreds of holiday smiles.

"Seeing the looks on their faces and how appreciative they are, it really makes everything worth it, and it just makes me so happy," Colin Nicoletti said.

Ward and Nicoletti launched their efforts online by creating a GoFundMe page to collect donations to buy toys for families struggling this year.

"Literally a day later it was we reached our goal, so we decided instead of just exceeding our goal, we wanted to extend it to see how far we could get," Ward said.

The fundraiser has now reached more than $15,000 and counting!

The high school sophomores assembled a team of elves, their siblings, and they got to shopping. The program supports foster children, homeless children and other families who work with groups like the United Way and Little Smiles.

"I've learned that people can be so generous in times like this and that people who need toys that we've given to have just been so happy and so thankful for us, and it's so good to see," Ward said.

As a token of appreciation for our first responders, COVID-19 won't steal Christmas at West Palm Beach Fire Rescue Station Two, either.

Firefighters at the station were surprised with a smoker, thanks to the generous donations from the community.