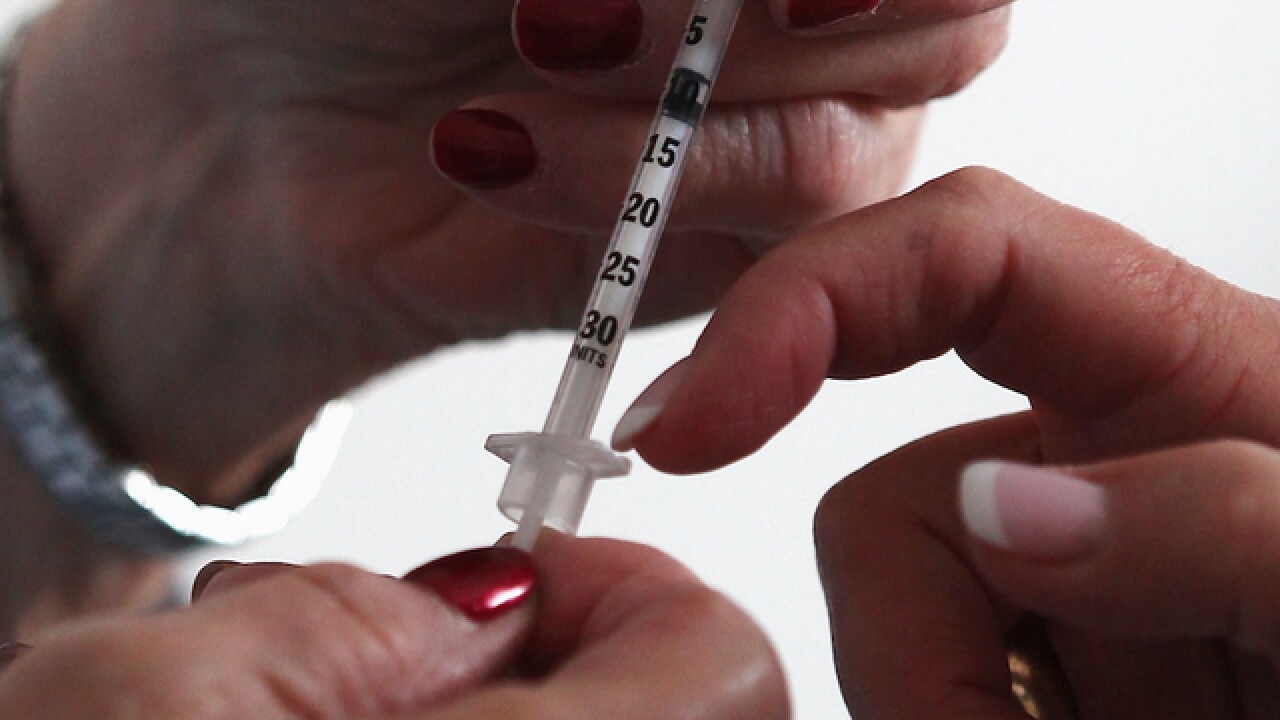 Image copyright 2012 Getty Images. All rights reserved. This material may not be published, broadcast, rewritten, or redistributed.
&lt;p&gt;Registered nurse Susan Eager (R) teaches a diabetic patient how to draw her own insulin injections during a house call on March 26, 2012 in Denver, Colorado.&lt;/p&gt;

GENEVA (AP) — The world has seen a nearly four-fold increase in diabetes cases over the last quarter-century, driven by excessive weight, obesity, aging and population growth, the World Health Organization reported Wednesday, adding that 422 million people were affected in 2014.

In a new report on diabetes, the U.N. health agency called for stepped-up measures to reduce risk factors for diabetes and improve treatment and care. WHO said 8.5 percent of the world population had diabetes two years ago, up from 4.7 percent, or 108 million, in 1980.

The Geneva-based agency blamed growing consumption of food and beverages high in sugar for the increase in diabetes. The disease increased around the world but affects lower- and middle-income people more often than wealthier populations.

Diabetes rates rose the most in Africa, the Middle East and Asia — with the "Eastern Mediterranean" region more than doubling its prevalence to 13.7 percent of the population, the only world region with a double-digit percentage.

Diabetes is a chronic condition in which the body either does not make enough insulin to break down the sugar in foods or uses insulin inefficiently. It can cause early death or serious complications like blindness, stroke, kidney disease, amputation and heart disease.

In its report, WHO says diabetes caused 1.5 million deaths in 2012, and another 2.2 million deaths were caused by high blood sugar levels, increasing the risks of cardiovascular and other diseases.

The increase has coincided with growing rates of obesity — in the U.S and Britain, two-thirds of people are now overweight or obese.

The report said WHO is updating its guidelines on fat and carbohydrate intake, but said adults can reduce their risk of type 2 diabetes through regular exercise and a healthy diet that cuts back on sugary foods.