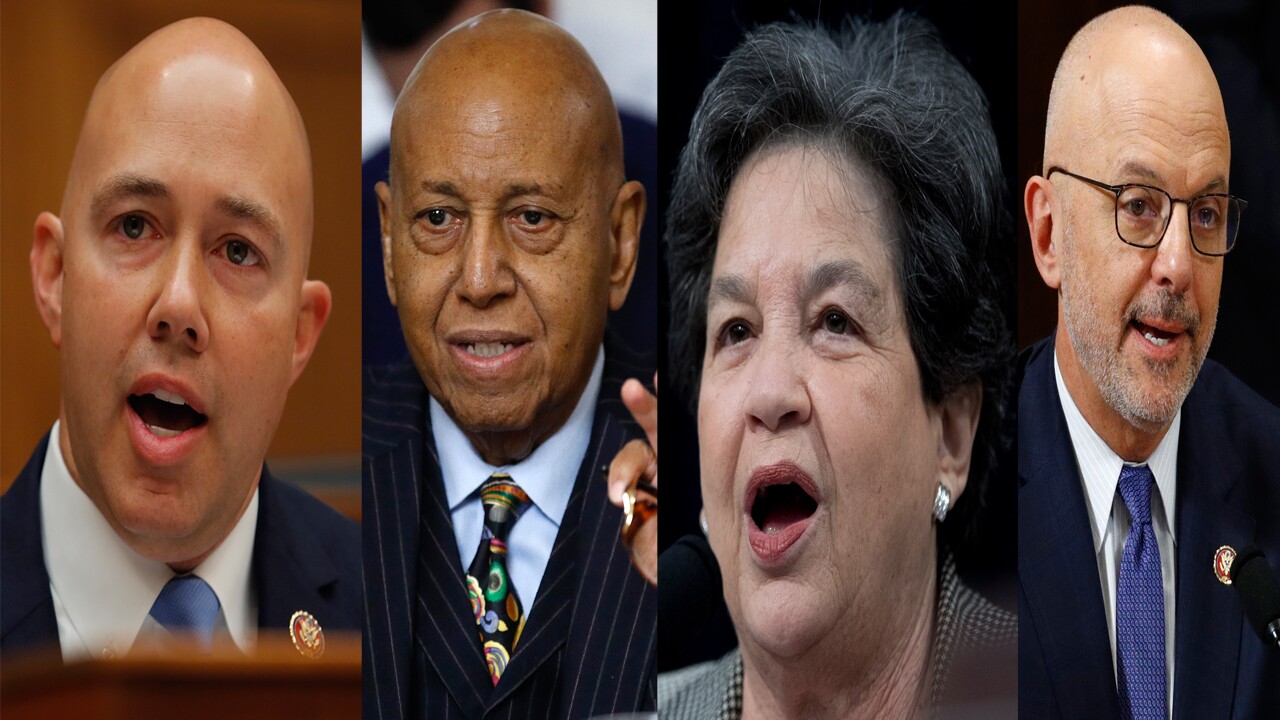 (Copyright 2020 The Associated Press. All rights reserved. This material may not be published, broadcast, rewritten or redistributed.)
AP Photo
Republican Brian Mast and Democrats Alcee Hastings, Lois Frankel and Ted Deutch all seek to retain their seats in Congress.

One Republican and three Democrats are seeking re-election in Florida's congressional districts spanning the Treasure Coast and Palm Beach County.

Brian Mast will face off against Nick Vessio in the Republican primary, while Pam Keith will take on Oz Vazquez in the Democratic primary.

Vazquez is Florida's former deputy solicitor under Republican Pam Bondi, who served as attorney general from 2011-19.

Alcee Hastings is seeking re-election. To do so, he must defeat a familiar opponent in the primary.

Hastings was first elected in 1992 and is currently serving his 14th term in Congress.

His Democratic opponent, Sheila Cherfilus-McCormick, is the chief executive officer of Trinity Health Care Services. She lost to Hastings in 2018.

Hastings will face one of two Republicans in the November election. Vic DeGrammont, a real estate agent and first-generation Haitian-American, will battle Greg Musselwhite, a welding inspector, in the Republican primary.

Lois Frankel is being challenged by Guido Weiss for her congressional seat.

Frankel, who was first elected to Congress in 2012, previously served as the mayor of West Palm Beach.

Her opponent touts himself as the only Democratic candidate who was born and raised in the district.

Weiss has worked in the U.S. House of Representatives as a senior foreign affairs and defense adviser since 2016.

Felton is a Lantana resident and co-owner of Safari Bob's Exotic Educational Animals. She has no previous political experience.

Loomer is by far the most recognizable name in the crowd. The self-described "most banned woman on the internet" has been barred from virtually every social media platform, including Twitter, Facebook and Instagram, as well as ride-sharing services Lyft and Uber.

Sherrill, a Palm Beach resident, is a health and wellness advocate whose campaign website flaunts her allegiance to President Donald Trump.

Vilardi is a retired IRS criminal investigator and the president of Winning Tax Solutions.

Ted Deutch is running unopposed on the Democratic ticket, but he will face opposition in November.

The four candidates who are challenging him in the Republican primary are Fran Flynn, a retired business owner, Jessi Melton, a Boca Raton resident and owner of a communications company, James Pruden, a retired business law attorney who lives in Parkland, and Darlene Swaffar, an insurance brokerage firm owner in Deerfield Beach.

District 22 runs from Fort Lauderdale north to Boca Raton and westward to communities in Broward County.