'It's a scary thing,' mother says 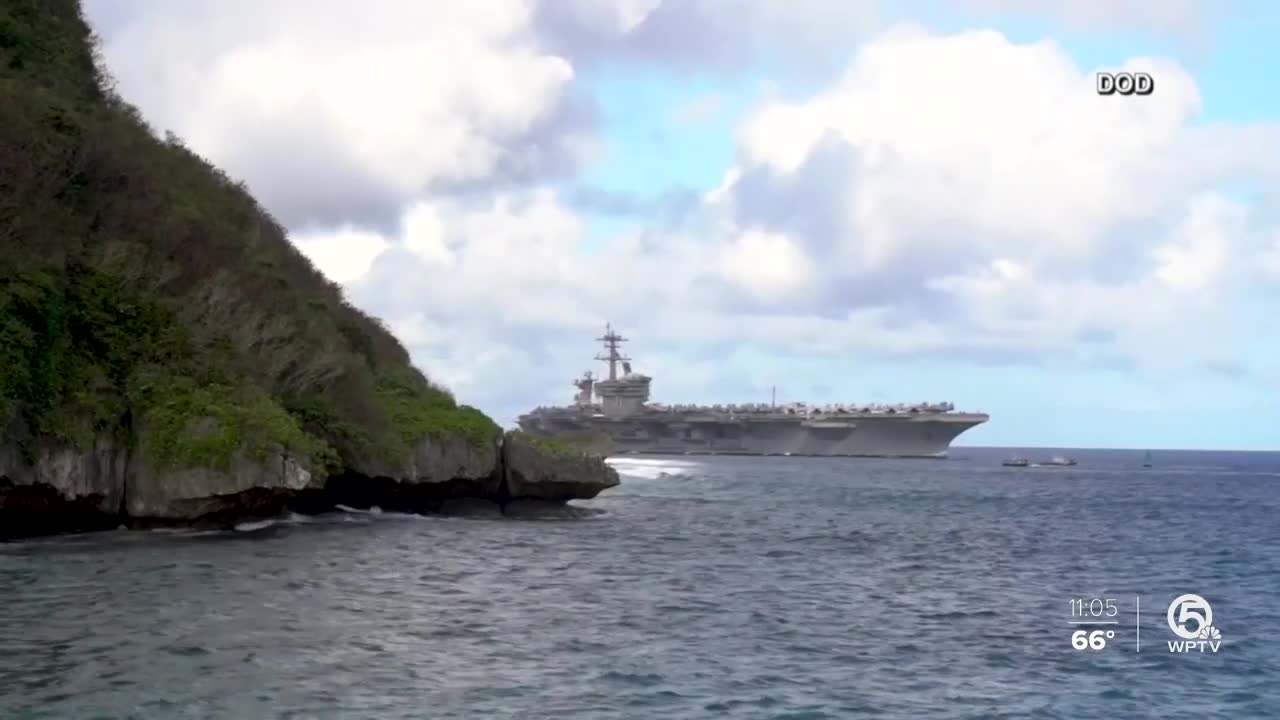 Nearly 100 sailors have tested positive for COVID-19 on the USS Theodore Roosevelt, a naval aircraft carrier in the pacific.

ST. LUCIE COUNTY, Fla. — A Treasure Coast mother said her son is among the nearly 5,000 sailors on an aircraft carrier in the Pacific Ocean, carrying dozens of sailors who have tested positive for COVID-19.

Stacy Waner has growing concerns for the safety of everyone aboard the USS Theodore Roosevelt as the spread of the virus is accelerating.

"Thousands of people in a confined space -- it's dangerous and there's nothing you can do," Waner said.

Top U.S Navy officials said Wednesday that 93 sailors have tested positive for COVID-19 aboard the ship. Roughly a quarter of the sailors on board have been tested. About 600 tests have come back negative.

"None of them are seriously ill and none have been hospitalized to date," Acting Secretary of the Navy Thomas Modly said.

Waner said it is reassuring when she can hear from her son, letting her know he is not yet experiencing any symptoms.

Modly said there is now a plan to start evacuating sailors from the ship in Guam to vacant hotel rooms where they could be put under quarantine for 14 days.

Chief of Naval Operations Admiral Mike Gilday said it would not be possible to evacuate all sailors, but they are accelerating testing and deep cleaning the ship.

"We need about 1,000 people on the ship to keep essential operations running," Gilday said.

These new measures to protect sailors seemed to come after a commanding officer on the ship wrote a letter that criticized the speed of the response to the COVID-19 outbreak on the ship.

A letter from a commanding officer on the ship read, in part, "We are not at war. Sailors do not need to die. If we do not act now, we are failing to properly take care of our most trusted asset -- our sailors."

"We're now moving people at speed to get them off the ship," Gilday said.

It is good news for Waner.

"I was scared. It's a scary thing," Waner said.

Now, she waits for the official word that her son is in a safer place.

"We're obviously worried about him," Waner said. "He's protecting our country. He's out there working with dangerous machinery. He's potentially going into war zones. That stuff is scary, but that's what we expected. To have the biggest threat to their safety right now be a microscopic virus, it's not something you could have ever prepared for."