"That community needs help. They need everything we can give them." 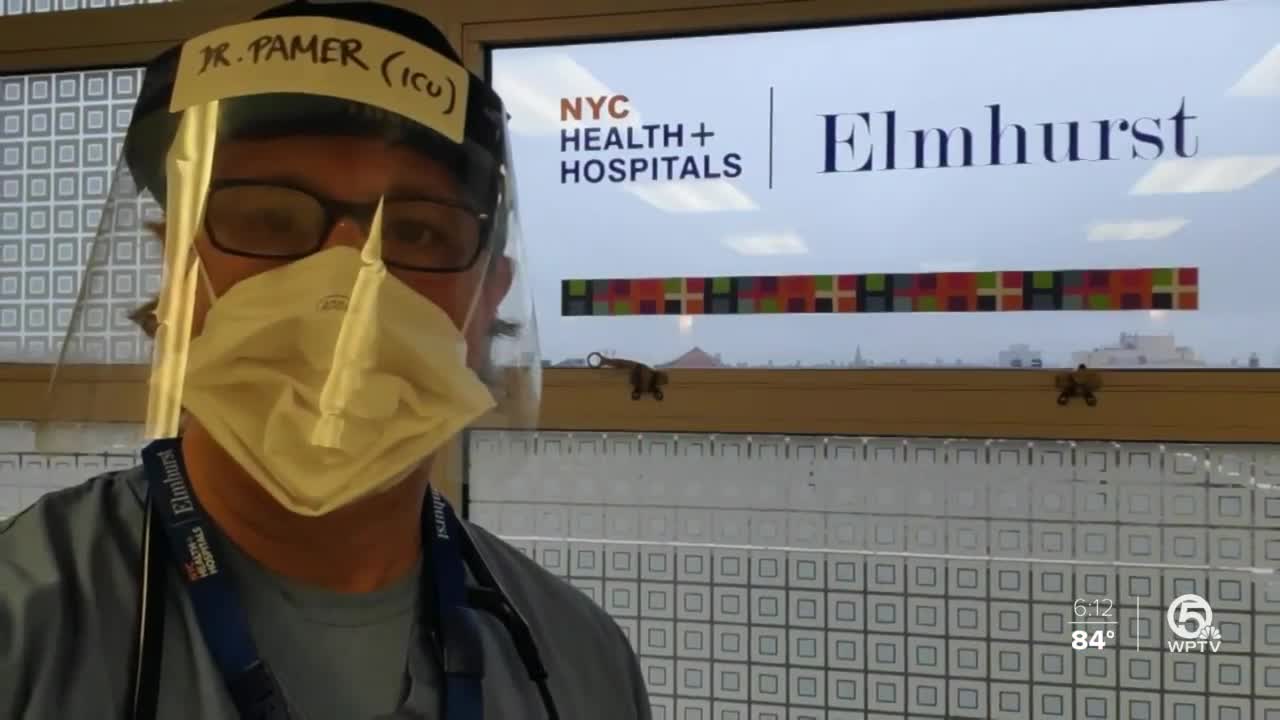 A Port St. Lucie doctor is back home, and sharing his stories of working tirelessly while celebrating recoveries.

This week, Dr. Mark Pamer returned home and is sharing his stories of working tirelessly, celebrating recoveries, and being on the frontline of heartbreak for so many families.

One month ago, even as COVID-19 cases were climbing on the Treasure Coast, Dr. Pamer said he felt a bigger calling.

“I felt that I needed to go to New York. I just felt an inner draw to go there. They were really desperate for help,” Pamer said.

He left his family behind to head to where he was most needed.

“These really were the sickest of the sick,” Pamer described. He spent weeks in the ICU at Elmhurst Hospital in New York City.

“These people started coming into the hospital. It was three people one day, seven the next. Then it started by the dozens, then the hundreds. It was a completely different dynamic. When they were showing up, they were critically ill,” Pamer said.

He spent a lot of his time treating patients who were recovering from COVID-19, but still experiencing dangerous symptoms.

“Their lungs were almost stiff as concrete. It was so difficult to ventilate these people and get oxygen. Many of their kidneys had failed. It seemed there was brain dysfunction,” Pamer said.

He has countless stories in his weeks of grueling work, but he recalls the reward of seeing patients discharged from the ICU. He was also by the bedside of patients in their final moments.

"A lot of people died alone. That was difficult for many of us,” Pamer said. In one case, he said several doctors waited with a patient while they passed away.

“Five of us gathered around. Held her hand. Prayed out loud and privately and caressed her hair and she died there with us, not alone,” Pamer said.

Dr. Pamer returned home this week, saying admissions were starting to decline at the hospital.

“A month was difficult for my wife holding down the home front,” Pamer said. But he’s already planning his trip back to New York City, certain the need is not going away anytime soon.

“I miss what I was doing in New York and helping the people there. That community needs help. They need everything we can give them," he added.