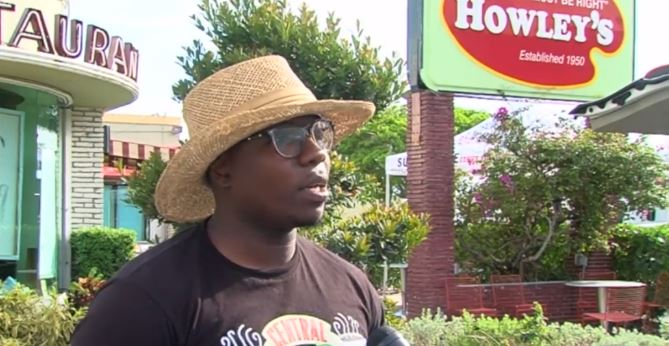 The COVID-19 pandemic has curtailed services to some of the most in-need people in society, the homeless. But one man is making sure those less fortunate are fed when they are hungry.

WEST PALM BEACH, Fla. — The COVID-19 pandemic has curtailed services to some of the most in-need people in society, the homeless. But one man is making sure those less fortunate are fed when they are hungry.
.
"Right now, we're picking up food from Howley's. They've been blessing us with food for our neighbors in John Prince Park," Francky Pierre Paul said.

For roughly a week, Paul has been picking up dinners from Howley's.

Rodney Mayo is part-owner of Howley's restaurant. He said he had to lay off 600 employees. His way of helping them was to feed them. Then, word got out and Mayo said he began helping Paul.

"We were able to sustain that for three or four days but since then it's been donations, our suppliers, the city stepped up and gave us a grant," he said.

The van is packed and Paul and family set out for John Prince Park to handout dinners. Once at the park, Paul and his family grab some bags and begins handing them off.

"We need some help over here," Martin Roegge said.

Roegge has been living in the park for three years.

"Because they've closed a lot of the churches, that has basically stopped -- probably 90% of the food programs that come out here," he said.

Roegge said the food being handed out is because of Paul.

"If it wasn't for Francky and one other group that comes out here constantly to help us, there's so much aggravation because people are not getting what they want, aren't meeting the needs," he said.

Paul said there's no timetable as to when more resources will open back up.