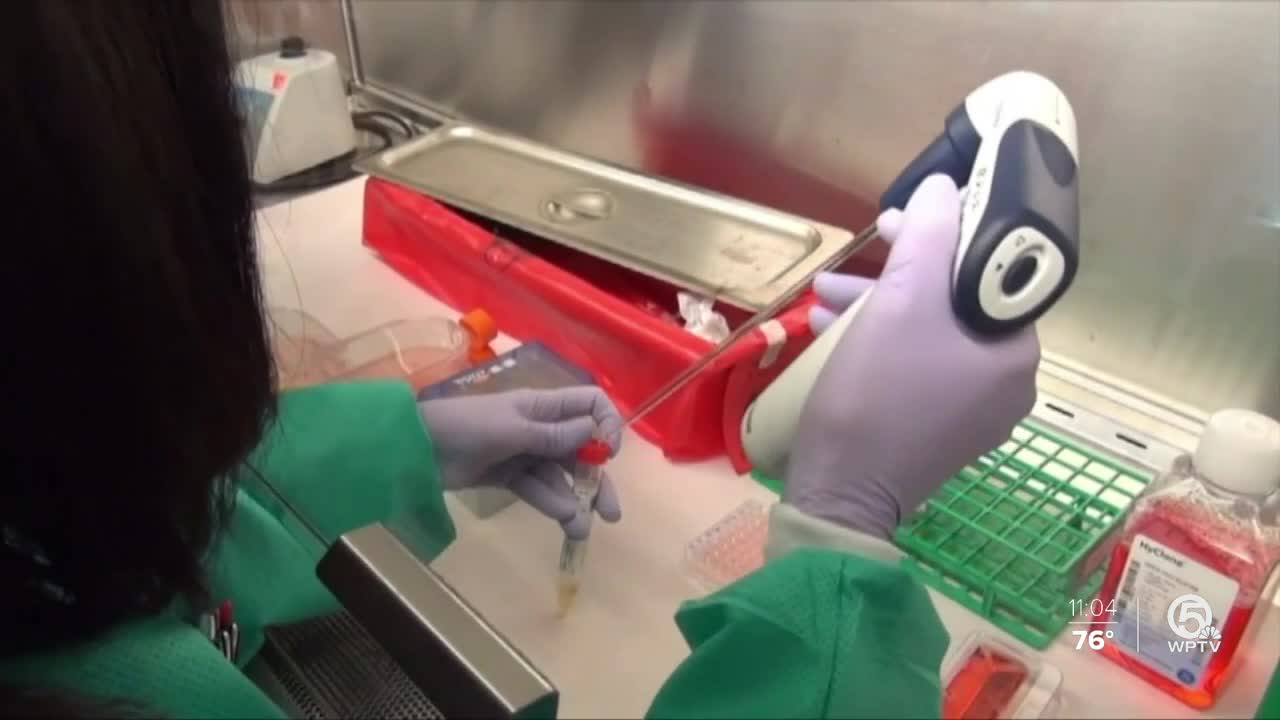 Some local patients still waiting for over a week for test results.

MARTIN COUNTY, Fla. — A Treasure Coast man says he has waited more than eight days to get the results of his COVID-19 test.

At that time, he says he has been self-isolating, staying away from his work and his own family.

The man, who asked to conceal his identity pending the results of his test, said he was tested at a drive-thru site on March 16 at Cleveland Clinic Martin North in Martin County.

He was tested before 9 AM.

“They said that it would be 3 to 5 business days,” the man said.

Since the test, he has been spending a lot of time cleaning everything he touches to be safe in case he does test positive for COVID-19.

“If the kids have gone to bed, and I come out and sit on the sofa, I then lysol the entire area where I’ve come in contact. If I go to the kitchen to get something to eat, I have to get sanitizer out and clean that area. It’s a lot of extra work that could possibly be avoided by getting test results sooner,” the man said.

Quicker results might have meant he would not have had to be isolated so long if the results are negative. It also would have given him reassurance sooner that his life-altering isolation and cleaning precautions were necessary.

“At this point, I don’t know that there’s anything more I can do. I’m very frustrated.”

Seven days into his isolation, he decided to reach out to leadership at Cleveland Clinic Martin Health, emailing the President, Rob Lord.

He received a prompt reply.

“They’ve had some issues I guess with those laboratories being overwhelmed is what I understand," the patient said.

Lord expressed his equal frustration with the test processing times, saying, "Initially, the CDC and Federal authorities instructed all providers to send the tests to the big national laboratories (e.g., LabCorp, Quest, ARUP). We have tried them all, and have experienced unsatisfactory response times for test results with each.”

The patient says the delays have also impacted his personal health. He has underlying health issues. “I’ve developed an infection because I can’t go to the doctor. I can’t get any kind of treatment for anything...No doctor will see me without the test results. They’ve all canceled any appointments I’ve tried to make.” Tuesday, he said he was able to find a doctor who would give him a prescription over the phone.

“We’re all waiting for test results, but the bigger picture is that we could have a potentially much higher number here in the state of Florida of people testing positive. We just don’t know because of the delay,” the patient stressed.

Cleveland Clinic is having specialized equipment shipped to them that will allow its own labs to process Cleveland Clinic’s COVID-19 tests. The equipment is high demand and could be delivered within a week, but it would take time to set up. The hope is that all Cleveland Clinic hospital in Florida will have their own testing capacity in the next few weeks.