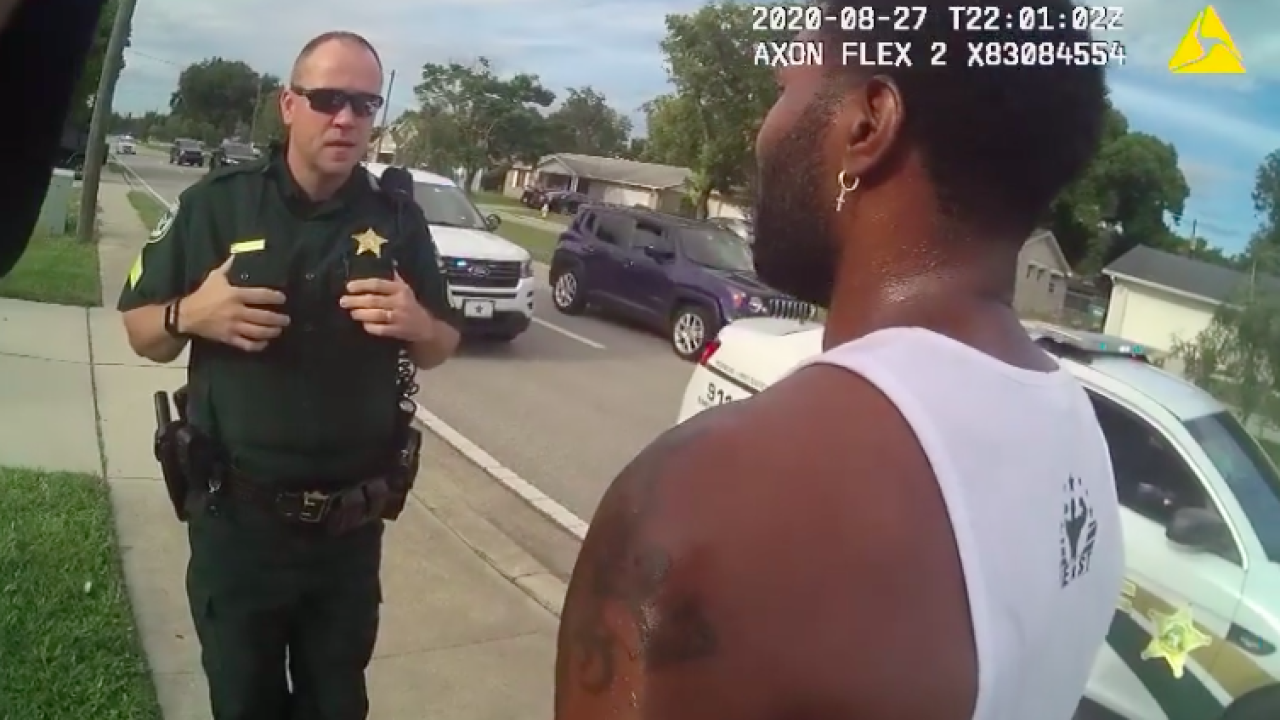 A Black man who was stopped by sheriff’s deputies while jogging in his neighborhood, then later allowed to leave, is partnering with the department to use his experience for training.

In late August, Joseph Griffin was jogging when deputies from Volusia County detained him, telling him he “matched the description” of a suspect they were chasing.

In the video, you can hear the deputies radio fellow investigators and double check the description. The deputy later tells Griffin he is being told to detain him. The deputy offers to hold Griffin’s phone to continue recording the incident while he is handcuffed.

Griffin remains handcuffed for several minutes while deputies wait for confirmation if he is the suspect or not. Griffin stays calm and talks to the deputies during this time.

“Seven cop cars, with everything going on, it’s just a little bit scary,” Griffin says. The deputies agree, but say “see it through our eyes,” since he matches the description. “Do you think we want to be out here killing people?”

Eventually, Griffin is let go and it is determined he was not the suspect deputies were looking for. The suspect was later arrested. Griffin is seen on camera thanking the deputies, “Officer Estrada, who said from the beginning he wasn’t going to let anything happen to me.”

“Having your future in the hands of an un-perfect witness description, while being cuffed on the side of the road. I wasn’t asked to be put in this situation but I am thankful that I made it out safely,” Griffin posted on his Facebook page while sharing the department’s video of the incident a few days later.

“I don’t completely agree with everything that happened but this an excellent example of how to remain compliant. I could tell that the officer was just as nervous and confused as I was. Thank you everyone for your support. I would like for this to be a learning experience for officers and civilians! Put yourself in each other’s shoes,” Griffing posted.

Now, it appears Griffin will get that chance to make his experience a teaching moment. Sheriff Mike Chitwood announced Griffin will be joining the Volusia County Sheriff's Office for implicit bias training.

Check out this update on a burglary call in Deltona. We detained a guy who was just out jogging, but who unfortunately fit the initial suspect description. Mr. Griffin is going to come out and join us during implicit bias training, and tell this story from his perspective. https://t.co/Uxt9WHjio9

“I think we can all learn from his point of view, just like he has listened to ours. Mr. Griffin is a military veteran and a medical professional, and I told him we'd train and hire him as a deputy in a second if he ever wants a new job,” Sheriff Chitwood tweeted.