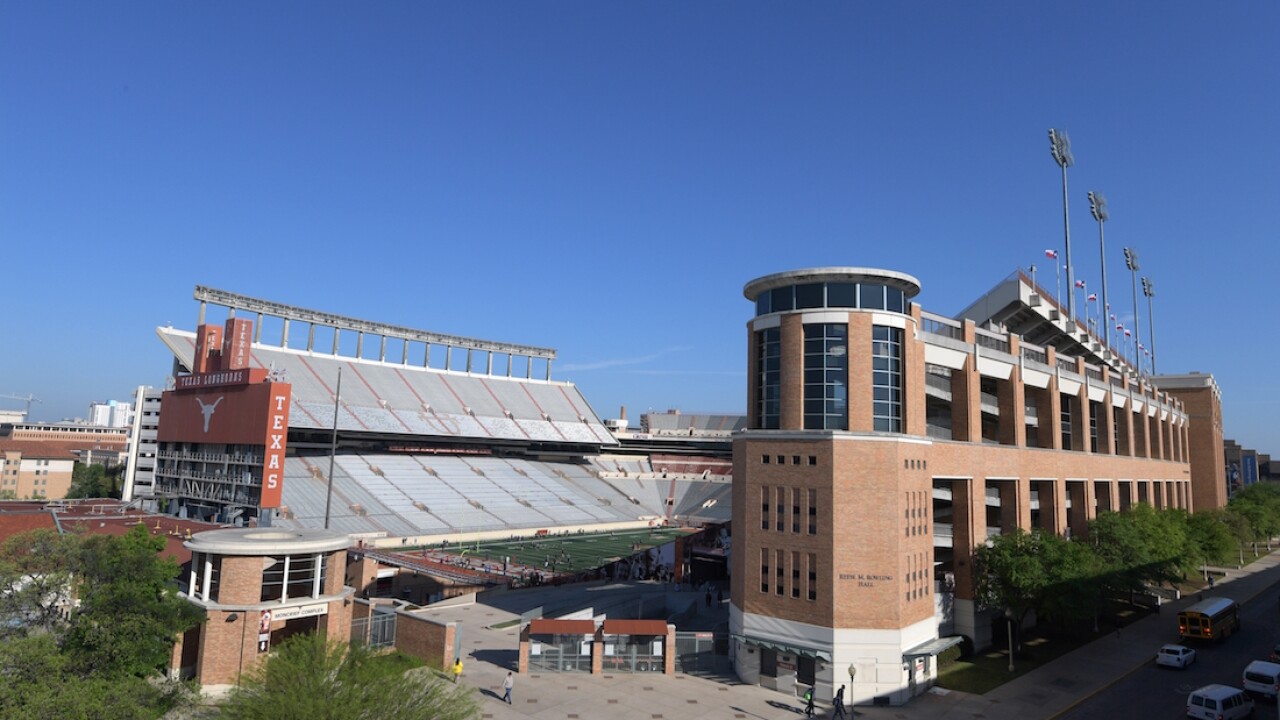 University Interim President Jay Hartzell announced in a letter on Monday that a lot of changes were coming to the campus in Austin.

After discussion with students, alumni and community members, we will be taking a series of actions to promote diversity, inclusion and equity and more fully support Black students on campus: https://t.co/ylSMMC8Bp9

Back in June, former university student-athletes tweeted their support for current students who were asking for buildings to be renamed, statues replaced, and replacing "The Eyes of Texas."

So proud of the student athletes at the University of Texas! I 100% stand behind them! #WeAreOne 🤘🏻🤘🏼🤘🏽🤘🏾🤘🏿 pic.twitter.com/KAY7ErJkhd

The University of Texas Athlete Alumni are in absolute opposition of racism in any form and are engaged in meaningful collaboration to enact change. We are united in our support for current student athletes.#UTXAA#ITooAmTexas#BurntOut#WeAreOne pic.twitter.com/B9HTMJ0hde

One of those changes Hartzell said in his letter will be the renaming of the school's football field, which will honor Heisman Trophy winners Ricky Williams and Earl Campbell.

The football field was named after Joe Jamail back in 1997. Jamail was a famous lawyer and a big donor to the university.

USA Today reported that Jamail's family asked the school to change the name to honor Campbell and Williams, two Black athletes that are probably the best athletes in school history.

The school also announced they would keep "The Eyes of Texas" as their alma mater song.

"“The Eyes of Texas,” in its current form, will continue to be our alma mater," Hartzell said in his letter. "Aspects of its origin, whether previously widely known or unknown, have created a rift in how the song is understood and celebrated, and that must be fixed. It is my belief that we can effectively reclaim and redefine what this song stands for by first owning and acknowledging its history in a way that is open and transparent. Together, we have the power to define what the Eyes of Texas expect of us, what they demand of us, and what standard they hold us to now. "The Eyes of Texas" should not only unite us but hold all of us accountable to our institution’s core values. But we first must own the history. Only then can we reimagine its future, and I look forward to partnering with our campus community to do just that."

Hartzell announced the school would allocate revenue from athletics - multi-million dollars - and invest in programs that will allow them to recruit, attract, retain, and support Black students.

The school will also make the following changes:

Head football coach Tom Herman tweeted out his response after hearing of the changes at the school.

"So very proud of our players, all Texas student-athletes, our entire student population, and university leadership," Herman said in his tweet. "They will forever be known for being responsible for tangible, positive change on our great campus. Today is a great first step."

So very proud of our players, all Texas student-athletes, our entire student population and university leadership. They will forever be known for being responsible for tangible, positive change on our great campus. Today is a great first step. #HookEm 🤘🏼 https://t.co/ftYQpgPk3G