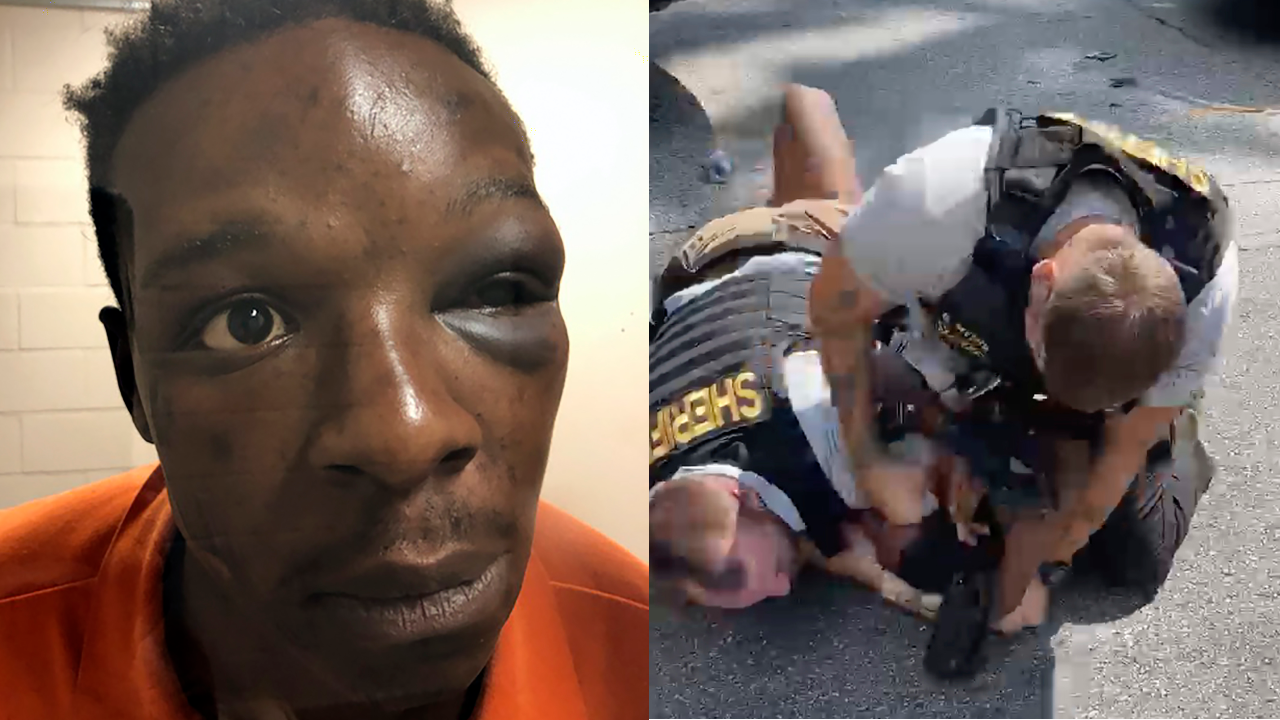 CLAYTON COUNTY, Ga. – A sheriff’s office in Georgia says it has fired a deputy who was caught on video repeatedly punching a Black man during a traffic stop.

The Clayton County Sheriff’s Office said Sunday the deputy, who is white, was fired for using excessive force on Roderwick Walker.

The office did not identify the deputy but added that a criminal investigation has been turned over to the district attorney’s office.

According to his attorney, 26-year-old Walker was arrested and beaten after deputies pulled over the vehicle he was riding in Friday with his girlfriend, their 5-month-old child and his stepson for an alleged broken taillight and asked for his identification.

Videos of Walker’s arrest quickly surfaced on social media, which appear to show Walker pinned on the ground while officers are on top of him and one deputy punching him.

In one video, obtained by WGCL, one of the deputies is heard saying “he bit my hand” and Walker is heard saying “I’m about to die.” You can also hear those witnessing the incident yelling for the officers to stop.

The sheriff’s office says Walker has received medical treatment and is being monitored by a doctor at a jail hospital. Treatment included x-rays of the man’s head and no fractures were detected, according to the sheriff’s office.

Sunday, the Georgia NAACP called for the charges against Walker to be dropped, so he could be immediately released.

Authorities say the sheriff ordered a signature bond courtesy for Walker, but his bond was denied, because he has as a felony probation warrant out of Fulton County for cruelty to children, possession of a firearm by a convicted felon, and a failure to appear warrant out of Hapeville.