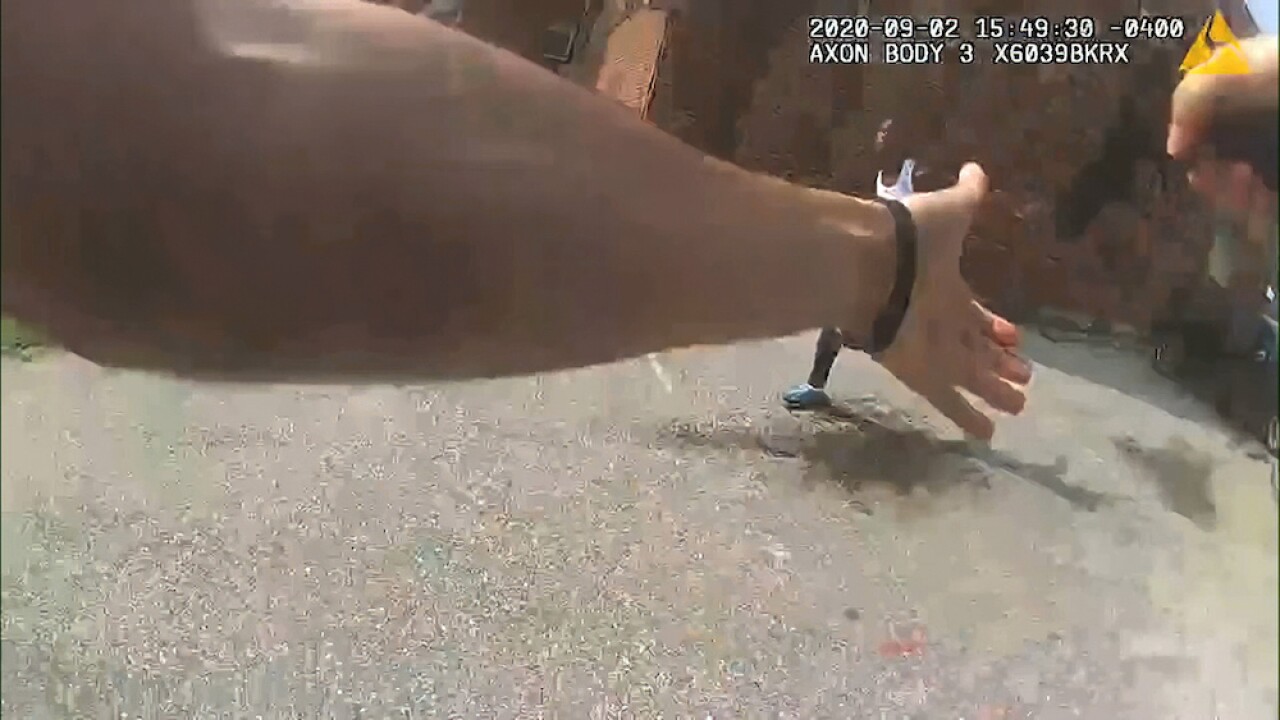 Police said the incident began Wednesday when Kay and his friends brandished firearms on a social media livestream. Officers located where the livestream was taking place, drove to the scene and found the group.

Less than 10 seconds after arriving on the scene, Officer Alexander Alvarez fired the fatal shots that killed Kay.

According to D.C. Metropolitan Police Chief Peter Newsham, Alvarez was chasing another suspect at the time of the shooting.

"When he turned around, that's when Deon Kay approached him and displayed a handgun, and in response to that, the officer fired one round," Newsham said. "Unfortunately, Deon Kay lost his life."

Alavarez had been with the department for two years prior to the shooting. All officers involved in the shooting were placed on administrative leave, which is department policy.

Police also said that Kay threw his gun away prior to being shot. Officers found it 90 feet away from his body.

"I know that he's validated gang member from the area and I know that he's had multiple touches with the criminal justice system," Newsham saod. "I'm pretty sure Deon Kay fell through multiple safety nets before yesterday afternoon."

Washington, D.C. Mayor Muriel Bowser said the release of body cam footage doesn't answer all questions in the case, but added that it's a start.

"When we purchased these body-worn cameras, we knew that they wouldn't answer all the questions, for any incident, but they would tell us you know in some part what the officer or what the public saw at that time," Bowser said.