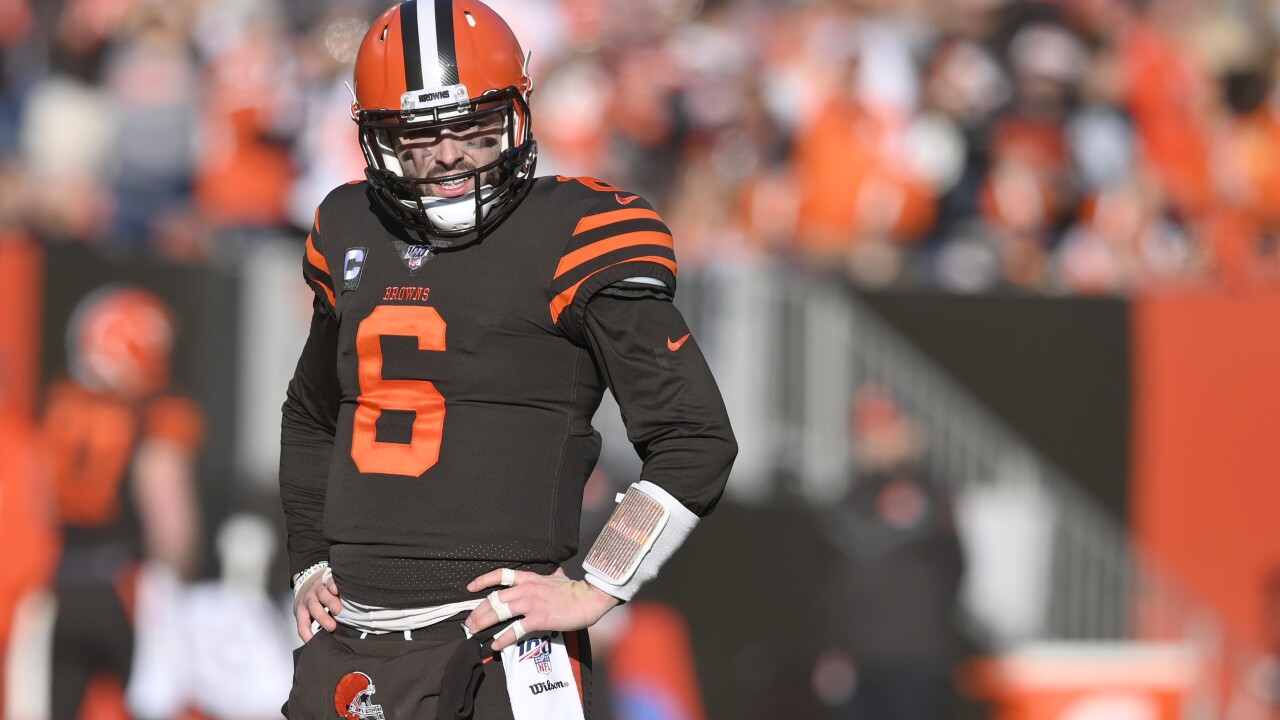 CLEVELAND — Cleveland Browns quarterback Baker Mayfield plans to kneel during the national anthem during the upcoming NFL season, according to a comment he made on Instagram.

Mayfield posted a video of a training session on his Instagram Saturday afternoon.

In the comments, an Instagram user asked him to tell Browns fans that he wasn't going to kneel this season, to which Mayfield replied, "Pull your head out. I absolutely am."

His comment quickly gained traction among Browns fans and beat reporters. Later Mayfield explained his decision further in a statement on his Instagram story.

Everybody so upset about my comment doesn't understand the reasoning behind kneeling in the first place....(ex-Green Beret and Seattle Seahawk) Nate (Boyer) and (former 49ers quarterback Colin Kaepernick) came to an agreement that kneeling was the most respectful way to support our military while also standing up for equality.

I have the utmost respect for our military, cops, and people that serve OUR country. It's about equality and everybody being treated the same because we are all human. It's been ignored for too long and that is my fault as well for not becoming more educated and staying silent.

If I lose fans, that's okay. I've always spoken my mind. And that's from the heart.

Mayfield was one of the 1,400 current and former professional athletes and coaches from across the National Football League (including many from the Cleveland Browns), the National Basketball Association and Major League Baseball, who signed a letter from the Players Coalition to the United States Congress urging the passage of a bill to end qualified immunity as a way to combat police violence and racial injustices in the country.

Mayfield's teammates, wide receivers Jarvis Landry and Odell Beckham Jr., previously participated in a video alongside other NFL stars to call for the league to address issues including silencing players from peacefully protesting and failing to vocally condemn racism and systematic oppression.

NFL commissioner Roger Goodell later responded to the video, echoing the words requested by the group and stating that the league was wrong for "not listening to NFL players earlier" when it came to protesting police brutality.

This story was originally published by Camryn Justice on WEWS in Cleveland.