Ready Pac Foods Inc. is recalling more than 59,000 pounds of its chicken salad products because it may be contaminated with Listeria.

Ready Pac Foods Inc. is recalling more than 59,000 pounds of its chicken salad products because it may be contaminated with Listeria.

The company is recalling The Puro Picante Blazin’ Hot salad bowl that’s made in three of its establishments, including Swedesboro, New Jersey, according to a United States Department of Agriculture news release posted on Wednesday.

The “Ready Pac Goods Puro Picante Blazin Hot” 7.5 oz. single serve salad bowl, sold nationwide, being pulled from store shelves has “Use By” dates of Jan. 31 to March 4. The bowls also have establishment number P-27497, P-32081, or P-18502B inside the USDA mark of inspection. 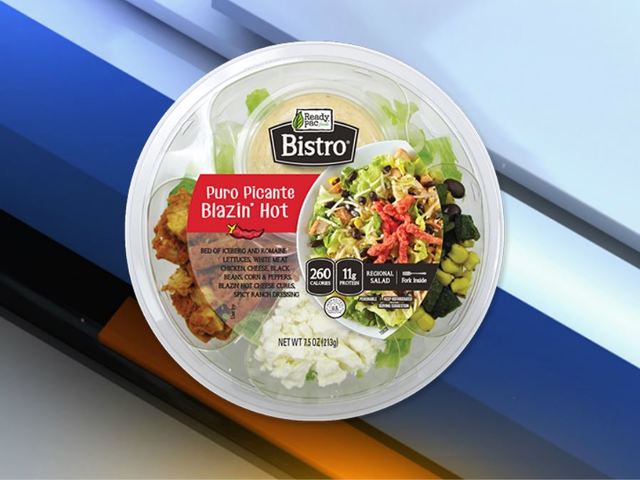 Ready Pac Foods received a notice from its cheese supplier that the ingredient in the chicken salad bowl was included in the expanded cheese recall that was announced earlier in the week.

There have been no reported illnesses.

Consumers are urged to throw away the item or return it to the place they brought it from.

STAY IN TOUCH WITH US ANYTIME, ANYWHERE

Download our free app for Apple and Android and Kindle devices.