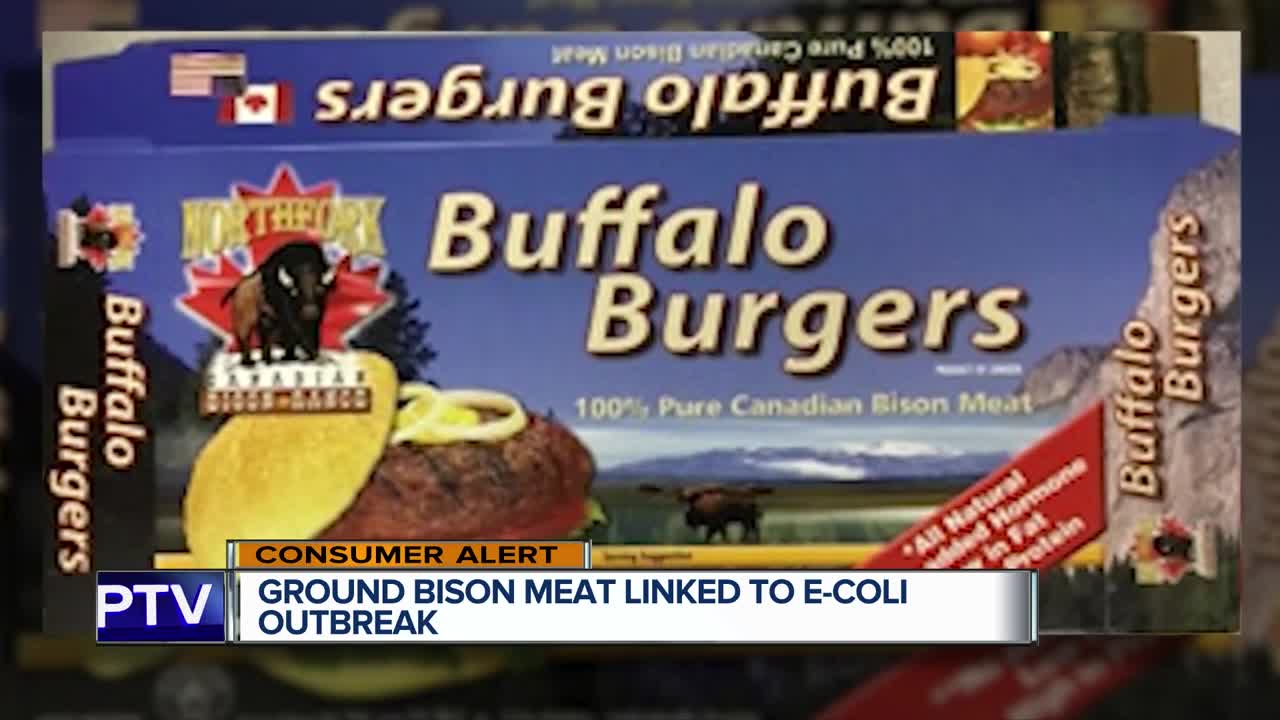 A Canadian exotic meat company is recalling ground bison after 21 people in seven states were infected with strains of E. coli, US federal agencies announced Wednesday. Four illnesses have been reported in Florida.

(CNN) -- A Canadian exotic meat company is recalling ground bison after 21 people in seven states were infected with strains of E. coli, US federal agencies announced Wednesday. Four illnesses have been reported in Florida.

Northfork Bison Distributions Inc. of Saint-Leonard, Quebec, on Tuesday recalled the meat that was sold in the eastern and central United States. According to the Centers for Disease Control and Prevention, people in Connecticut, Florida, Michigan, Missouri, New Jersey, New York, and Pennsylvania got sick.

Eight people have been hospitalized. No one has died, the CDC said.

The CDC and the Food and Drug Administration said the meat is possibly contaminated with E. coli O121 and O103. While most adults get well within a week, some patients can develop a form of kidney failure.

The FDA posted photos of the bar code labels on its website. They show the products, packaged between February 22 and April 30, under the names of Fossil Farms, Northfork Canadian Bison Ranch and SayersBrook Bison Ranch.

Customers who bought the bison should throw away the meat or return it to the store for a refund, authorities said.

The Canadian Food Inspection Agency posted a food recall warning on its website.

"This recall was triggered by the company and a recall in another country," it said. "The (agency) is conducting a food safety investigation, which may lead to the recall of other products."

There are no reported illnesses in Canada, the agency said.

The CDC and FDA are also investigating the outbreak, the CDC said.