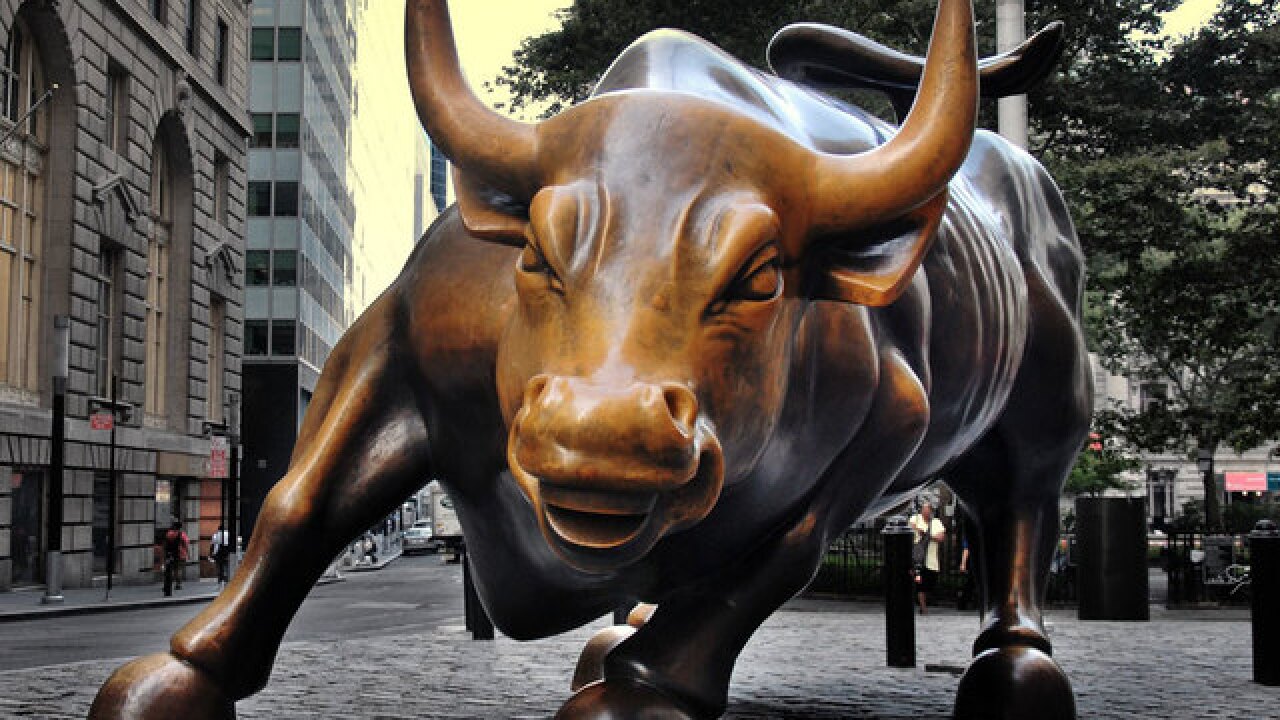 (CNN Money) -- It's easy to forget that last month's market mayhem kicked off with a dose of good news.

The Dow fell 666 points on February 2 after investors learned that American wages grew at the fastest pace since 2009.

While that's great news for Main Street, the strong jobs report set off a wave of panic on Wall Street about the threat of inflation, higher rates and lower corporate profits.

The Labor Department will release February's jobs report on Friday, with new details about workers' pay. Another month of strong wage growth could spook an already jittery stock market.

The Dow plunged 1,100 points, or about 4%, over a three-day span last week. That's on top of the index's worst month in two years. The most recent concern was trade, specifically whether President Trump's tariffs on steel and aluminum will spark retaliation that devolves into a trade war.

But investors' attention will probably return to inflation later this week. Even if hiring remained steady in February, Wall Street's focus will be on pay, because higher wages typically lead to higher inflation. Wages jumped 2.9% in January.

Wall Street is fine with a little bit of wage inflation -- it's a sign of economic strength. It's also a welcome change for workers who have dealt with years of stagnant wages.

But if wages rise too much, it could spell the end of the "Goldilocks" environment of so-so growth and low inflation. That backdrop allowed the Federal Reserve to keep interest rates extraordinarily low, boosting risky assets like stocks in the process.

Faster inflation could have the opposite effect, eating into corporate profits and forcing a chain reaction of higher prices and higher interest rates.

"Rising wages together with already robust growth will force firms to pass higher costs on to consumers," analysts at Bernstein Private Wealth Management wrote in a recent report.

Bernstein predicted pricing pressure will continue, but the increase will be "more gradual" than January's.

If wages go up more sharply, it will renew concerns that the Fed will need to raise interest rates at least four times in 2018 to cool off the economy.

All of this means that good news for Main Street on Friday may be viewed as bad news on Wall Street.

2. Kroger faces investors: The nation's largest grocery chain is scheduled to report earnings on Thursday. It has a lot to talk about.

Kroger said it made the move in response to the mass shooting in Parkland, Florida, that left 17 dead. It may face queries from investors about the decision.

The company's leaders may also be questioned about rumors of an Alibaba-Kroger partnership, which would help the grocer compete with the likes of Whole Foods, Walmart, and Aldi.

So far, Kroger's been doing a pretty good job on its own. Its "Restock Kroger" plan helped Kroger beat expectations last quarter. "Restock Kroger" focuses on even lower prices, more private label brands and an increase in its digital shopping initiatives,

3. Trump promises tariffs: President Trump said on Thursday his administration will impose a 25% tariff on steel imports and a 10% tariff on aluminum. The tariffs could come as soon as this week.

America's global trade partners were upset by the announcement. The EU and Canada both expressed their opposition to the new tariffs shortly after they were announced, and said they weren't afraid to retaliate.

Wall Street wasn't too pleased, either. The Dow lost more than 400 points on Thursday, and fell as much as 391 points on Friday. If the tariffs are made official this week, the Dow could be in for a wild ride.

4. Geneva Motor Show revs up: The International Motor Show in Geneva opens to the public on Thursday.

Hyundai and Jaguar plan to show off their electric SUVs. Hyundai's could have the power (and price) to compete with the Tesla Model 3 and the Chevrolet Bolt EV.

Jaguar's model is a high-end version of the environmentally friendly vehicle.