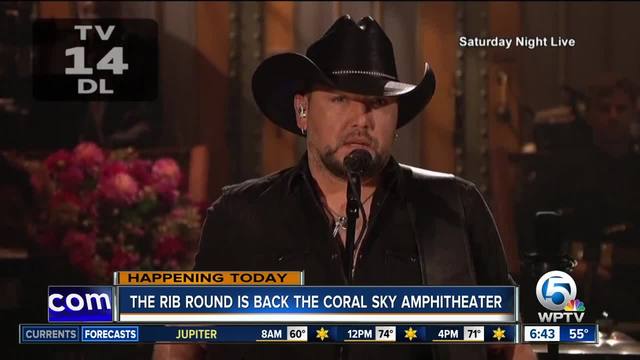 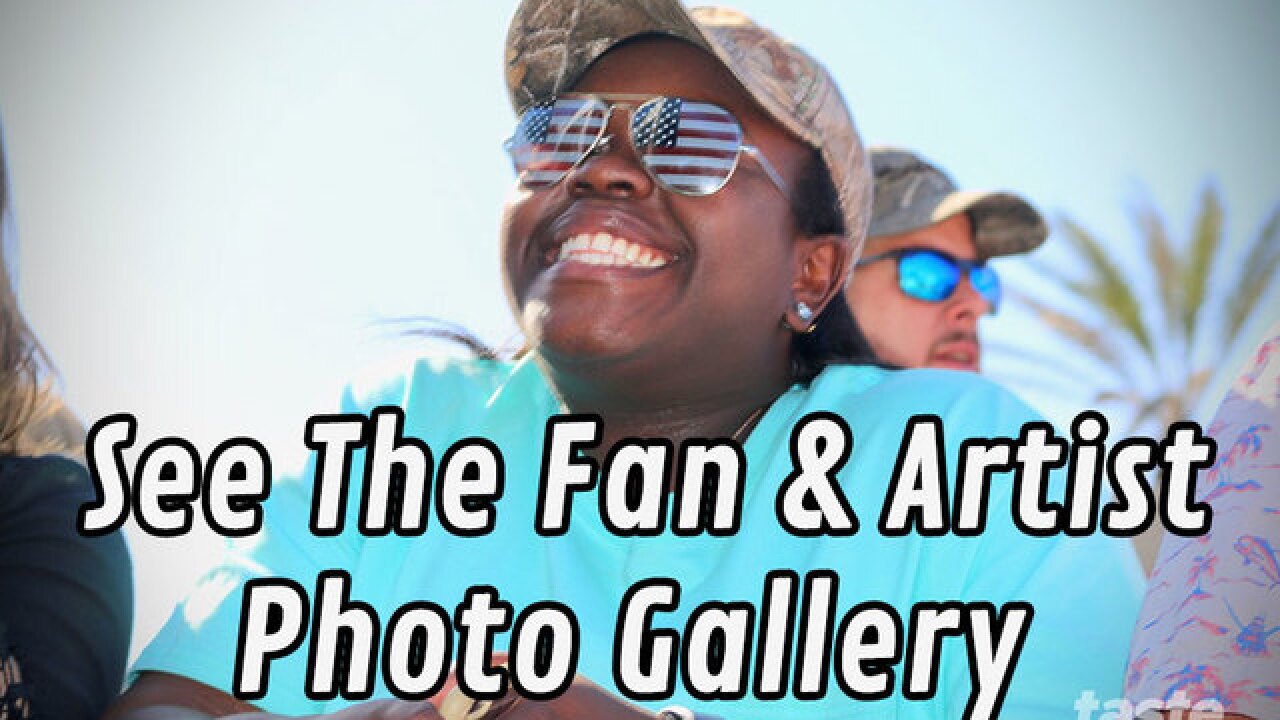 Over 14,000 people filled the Coral Sky Amphitheater for the Rib Round Up. It's world-class country music stars and what's being billed as the best barbeque in South Florida.

This year's festival is a little more special; what is significant about these performances is who's playing on stage and who they are playing for at the Amphitheater.

The talent performing at this year's Rib Round Up include Jake Owen.  Also Kane Brown and Luke Combs who were nominated on Thursday by The ACMs for Best New Artist of the Year.  This isn't the first time these three have been together.

"A lot of them were in Las Vegas, sadly for the Route 91, a lot of them performed on that stage.  So this is really special for them to kinda' all be together, feel that country strong," explains WIRK's Chelsey.

Country strong... Something Jason Aldean had to demonstrate after the Vegas massacre.  He was performing on stage when the shooting began and a week later he appeared on Saturday Night Live singing Tom Petty's 'I Won't Back Down', showing off what it means to be country strong.

"I know Jake was on the stage when the Las Vegas thing happened," says WIRK's Sammy Cruz.

Now today Jake Owen, Kane Brown, Luke Combs, and all the other acts have to be country strong for a different group.

"We know for a fact we are going to have a lot of students from Douglas there.  A lot of first responders from all of the enforcement agencies," reveals Chelsey.

There will be two 17-second moments of silence at the festival tonight with country music artists on stage at 5:30 and 9:30.

"Between Parkland having students there, between the Las Vegas thing... A lot that we've all gone through this year, there is nothing better honestly than... kinda' take a break, and appreciate all the little things in life."

So between the footloose and fancy-free vibes of the festival and ribs that have been on the smoker since yesterday afternoon, it's a day to check out, relax, and enjoy a little country music.

Another cool thing to note is this afternoon at 1 at the FitTeam Ballpark of the Palm Beaches it's the Washington Nationals versus the Houston Astros and Luke Combs will throw out the first pitch and then come here the Rib Round Up to perform.