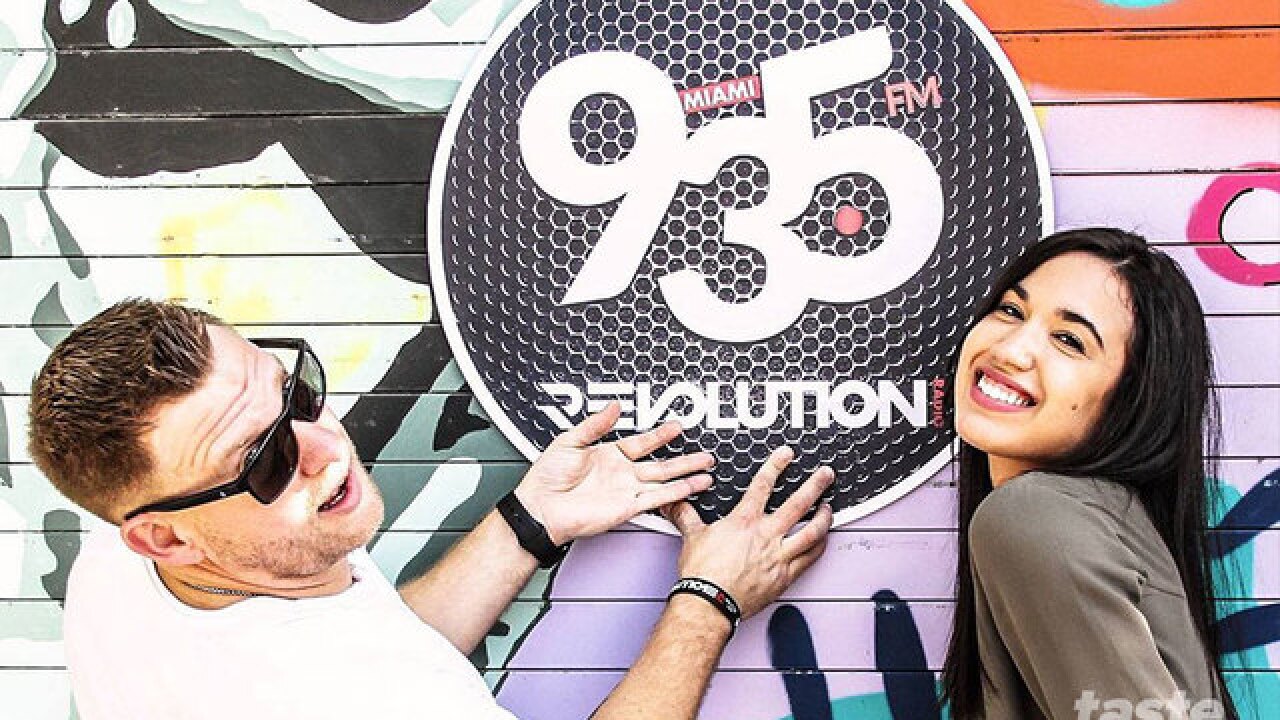 The Background
Joe Raineri was at the peak of his career, so he thought when he was leading the morning radio team at 97.9 WRMF along with Jennifer Ross and Deena Lang. The trio had untouchable ratings and they were number one in their morning drive time slot. Then they got the news from Palm Beach Broadcasting (now Alpha Media) that they were being replaced with The KVJ Show (a different story for another time). Jennifer and Deena were reassigned to morning duties on Sunny 107.9 and Joe was let go.

Joe was then hired by The Palm Beaches' Fox Sports 640 but when that station was bought by Alpha Media the "basically" same company again let Joe go in March.

WBGF-FM (93.5 FM) is a relatively small signal owned by JVC in northern Palm Beach County. The 15,500-watt signal sits in the heart of Belle Glade and barely reaches the Palm Beaches' coastline. The station unsuccessfully launched The Bar 93.5 as an alternative rock choice to 98.7 The Gater's classic rock format. When (what is now) Entercom created South Florida's Alternative 104.3 the Shark with a much stronger signal The Bar started simulcasting True Oldies Channel 92.5.

Yesterday it was announced that a small station in Islamorada is hiring Joe to do mornings. I thought this was weird because when I think of Islamorada I think of great tiki bars and umbrella drinks; it's not exactly a large media market like Miami or West Palm Beach to have a career in. Turns out Joe's new employer, Anco Media Group bought the 93.5 signal from JVC and is upgrading it to 50,000-watts. By July 1, it will have as big of a reach as stations such as Kool 105.5.

Joe's back and ready to take on South Florida

Starting Monday, Joe's new show will be able to be heard in Miami on 100.7 HD-2 and will be presented as the new Revolution 93.5. "We are broadcasting from a brand new state-of-the-art studio out of Wynwood in Miami.  The two floors of our loft look like the [freakin'] starship Enterprise man. There are expensive microphones and video cameras built into the studio. You gotta' come down and check this out."

After being fired twice from radio stations in South Florida having this mammoth reach feels pretty good to Joe. He's ready to be number one again. "[Radio executives in South Florida] are going to be very uncomfortable. It's not corporate. I'm working with people who just actually want to do good radio, they aren't piping in shows from other markets. [They have resources] and they aren't scared to spend money. This is the real deal."

Joe is being joined by Charisse and famous Miami drag queen Kelly Razzberry. I jokingly said to Joe, "This sounds like a hot mess." Joe enthusiastically replied, "But that's what we are in South Florida!" Joe went on, "I'm finding every talented radio person that corporate radio bailed on and making them a part of my show."

Revolution 93.5 will play Top 40 songs with dance beats added to energize the music. Once all the final adjustments to the signal are made you'll be able to catch the station from the Florida Keys to the Treasure Coast.