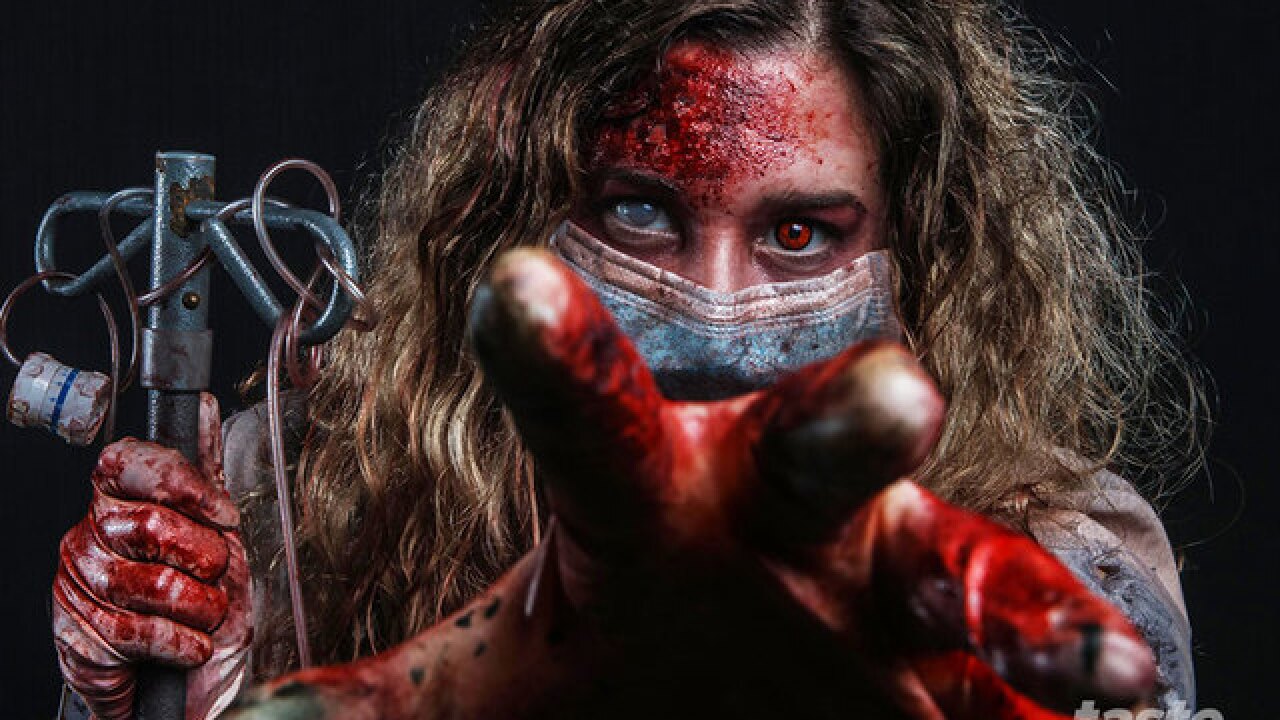 As we approach Halloween, we are learning what to expect at the largest haunted house event in West Palm Beach.  Fright Nights is held annually at the 40,000 square foot Agriplex at the  South Florida Fairgrounds .

Das Krankenhaus is an institution of horrific experimental torture and terrifying phenomenon featuring the Angel of Death, a depraved doctor at the helm of this hospital who subjected his victims to gruesome experimental medical procedures, mutilation, and psychological torture.

This haunt features Fairy, err ... Twisted Tales. While some fairy tales are pure and light-hearted, others have a dark and macabre truth to them. Some people dread falling asleep as some of these savage tales are said to transcend time and speak from beyond the grave to unleash fear and terror upon the physical waking world.

The third haunt, the Cuckoos Nest 2, erupted in wailing and maniacal cheers when Misfit was freed from her padded prison cell. The patients' eyes lit up and filled to the brim with happiness, as they knew mayhem and chaos would soon reign again. After last year's murderous rampage, Misfit was deemed unfit to be in the general patient population. She was retrained and locked away for good. Order was restored to the Scharnhorst Mental Asylum, aka, "The Cuckoo's Nest," but not for long.

Last, the forgotten Mansion on Meadow Lane is a setting of a dark, foggy road in the middle of a dense forest. Located on the edge of town, this once elegant and loving home was left to rot after a terrifying virus doomed the city's residents. The military used the massive house as a makeshift morgue and if guests listen closely, they'll be able to hear something scraping and scratching inside.