She was pulled over for incorrect registration. Instead of a ticket, she got two new car seats. 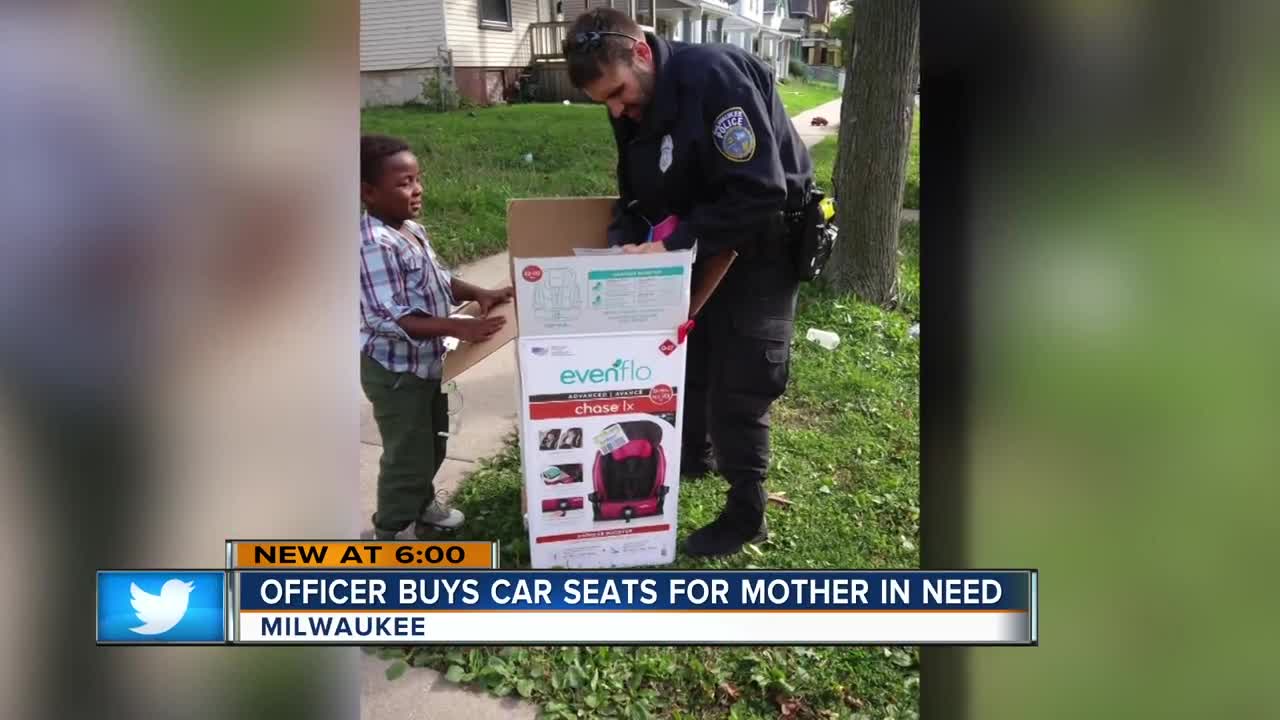 A Milwaukee Police Officer dipped into his own pocket to give a mother two new car seats for her kids. 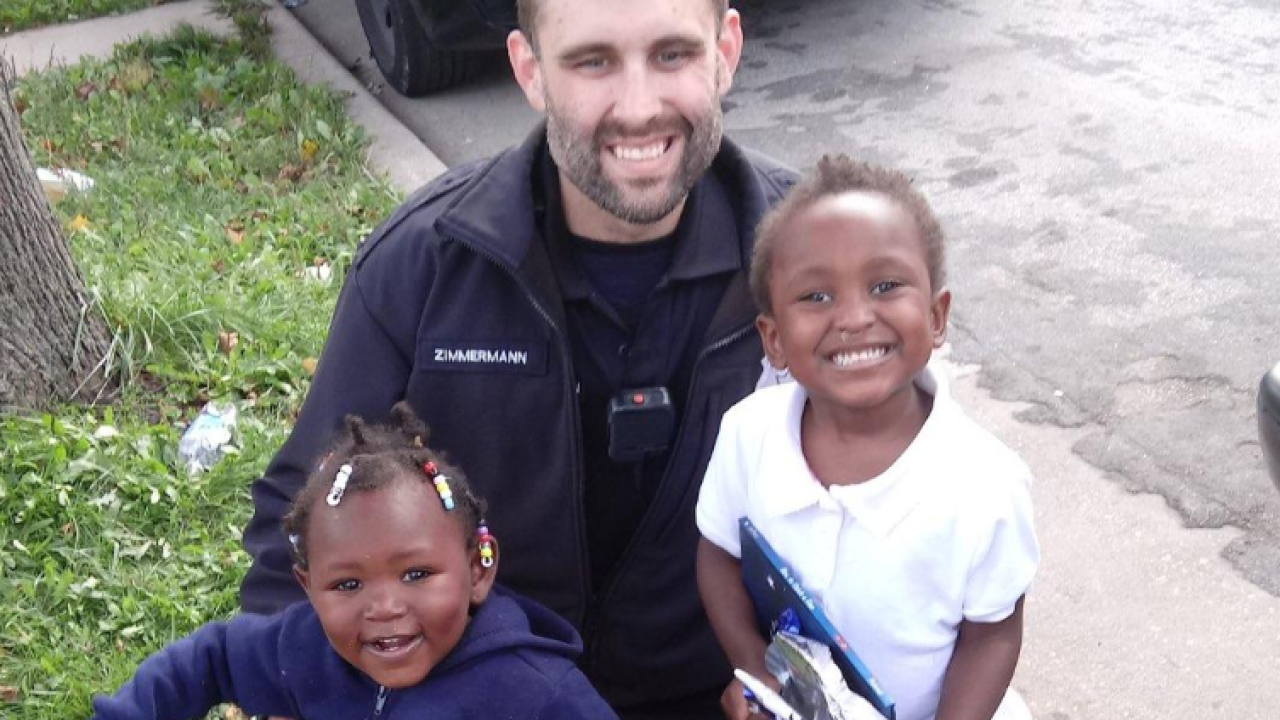 MILWAUKEE — A Milwaukee Police Officer dipped into his own pocket to give a mother two new car seats for her kids.

Officer Kevin Zimmermann was on patrols Saturday when he spotted a car with the wrong registration. When he pulled the car over, he noticed there were kids inside.

"I see three kids in the backseat, and two are very young," Zimmermann said. "I didn't observe any child restraints or even seat belts, and I asked why the kids aren't in car seats. She said she can't afford them at this time."

"With bills coming up and winter coming up, I have to get coats and boots and shoes for my kids," Andrella Jackson said. "So it was hard for me."

On top of Jackson's financial issues, she was forced to buy a new car recently and was struggling with the cost of registration.

Zimmermann says Jackson told him she was struggling to afford the car she had just bought at auction and was having trouble buying proper car seats. It was something Zimmermann couldn't bear to see.

"I'm a father myself, I have three kids," Zimmermann said. "I thought of my kids jumping around. What if a car hit them and they flew and got seriously hurt, if not killed?"

Zimmermann decided to help her out. He didn't cite her for the violation but rather planned to go to a nearby Walmart to buy two new car seats.

He got called to a different emergency but was determined to make it happen. He called Jackson back and got the weights of the children so he could get the proper seating. Then, he showed up to install them.

"Now, I'm able to finish getting coats," Jackson said. "That saved me 70 something dollars on buying coats and hats and gloves. He's awesome. I really love him. I really appreciate everything he did for me."

It's an issue MPD sees all too frequently. So far, in 2019, they've given 122 total citations for kids not being properly restrained.

A majority of those, 77 to be exact, were given to parents with a child under 4.

"We would like to applaud the generosity and caring of the Milwaukee Police Officer who recently purchased car seats for a Milwaukee mom!" Lisa Klindt Simpson, the coordinator for Safe Kids Southeast Wisconsin said. "There is an overwhelming need in the Metro-Milwaukee area for families and caregivers to receive low cost or free car seats. Not enough organizations provide this service. We need more organizations to step up to the plate to find funding, whether it's through their own budgets, seeking grants or donors and having trained staff to provide this service."

This story was originally published by Shaun Gallagher on WTMJ in Milwaukee.